Education for Nature in Berlin 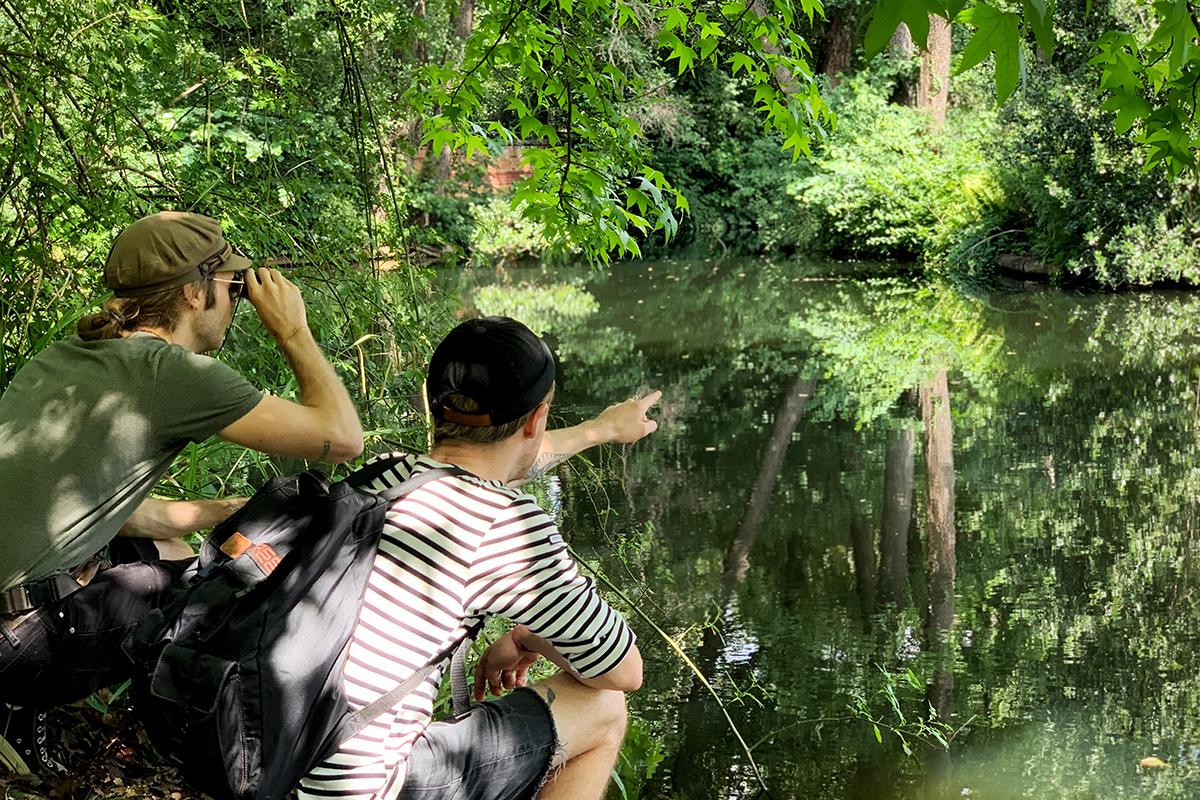 Our educational programmes on urban nature

Our free app Naturblick is your digital assistant for exploring the city's nature. Identify birds by recording their chirping or plants using image recognition and learn more about the diversity of species in Berlin and other major cities.

Nowhere in Berlin are urban ecology, urban history and culture so closely intertwined as in the Tiergarten. We invite you on a search for clues in Berlin's largest park. Look forward to many exciting animal and plant species from all over the world. The excursion through the Tiergarten will be led by the biologists Frederic Griesbaum and Korbinian Pacher, who both work as guides at the Museum für Naturkunde Berlin. Find current dates in our event calendar.

Berlin is the greenest and species-richest capital in Europe. The urban ecology tour will introduce visitors to many such city-dwellers near the Museum and look at their adaptation to urban life. One particular focus of the tour will be the signs of climate change that are already visible and how they affect plants, animals and humans in Berlin.

Excursions for school classes to the Karower Teiche Nature Reserve

During this excursion children and teenagers explore the Karower Teiche Nature Reserve and the River Panke. Equipped with cup magnifiers, sieves and photo trays, the pupils search their flora and the bottom of the water for insect larvae, worms and small crabs. Depending on the season and time of day, bird-watching may be possible around the Karow ponds. Either on the same or the following day, the samples collected can be examined at the Microscopy Centre.

Since 2012, the Museum für Naturkunde and educational institutions as well as two neighbourhood organisations of the district Wedding in Berlin have formed an educational alliance with the common goal  to increase the educational opportunities for children and young people in this district.

The Hagenbeck-Schule has been a partner school of Museum für Naturkunde since 2012. Both partners are committed to preserving biodiversity and to finding ways of protecting biodiversity sustainably.