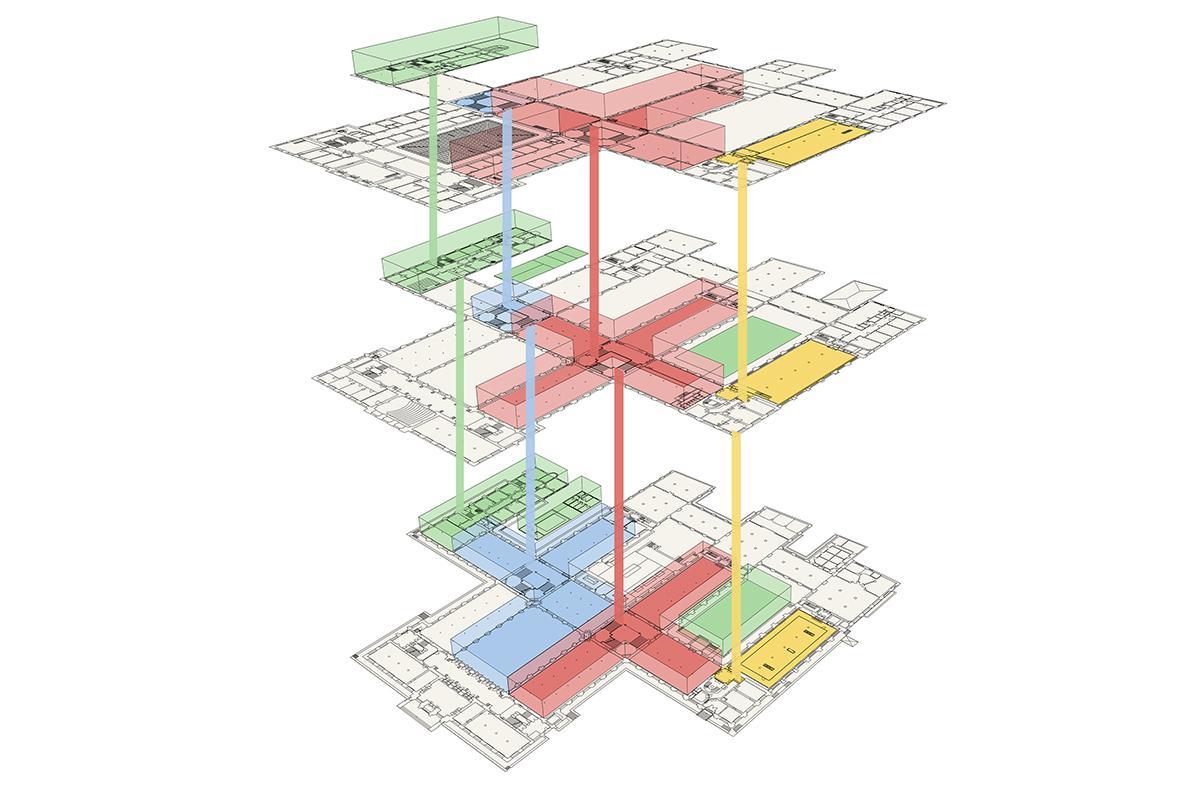 The third building phase follows the design and technical logic of the second building phase and continues the renovation of the main building in the central east-west axis. In the future, this axis will also provide access for visitors to the two large open staircases on the upper floors and to the eastern and western head buildings. In addition to the renovation of the exhibition halls and the creation of new technical centers, a large number of workplaces will be created.

In addition to a heritage-listed lecture hall and the creation of a teaching room, course rooms for museum education will be set up in the immediate vicinity of the exhibition area. The accessibility of the west wing both through a separate outer gate and via the exhibition areas allow such use as an information and teaching center in a particularly favorable manner.

An interested public - such as visiting researchers - will be provided with a specialized media library for research and academic work on the collection holdings and the associated literature and archive materials.

With the reconstruction of the east wing in 2010, scientific collections became accessible to the public outside of special tours for the first time. The third building phase also follows this logic in accordance with the original architectural purpose of the older front building and continues the opening of the upper floors to visitors.

The original plan to make the entire collection accessible to the public in order to fascinate and raise curiosity has been taken a great step closer again. Openness, participation, commitment and fascination stand for the way the Museum für Naturkunde Berlin works and the natural history museum of the 21st century. The concept of the 2nd building phase, of an economical use of energy resources and at the same time a sustainable protection of our research bases and cultural assets to be preserved, will be consistently continued.