Architectural history: A building concept developed 140 years ago setting the course for a natural history museum in the 21st century. 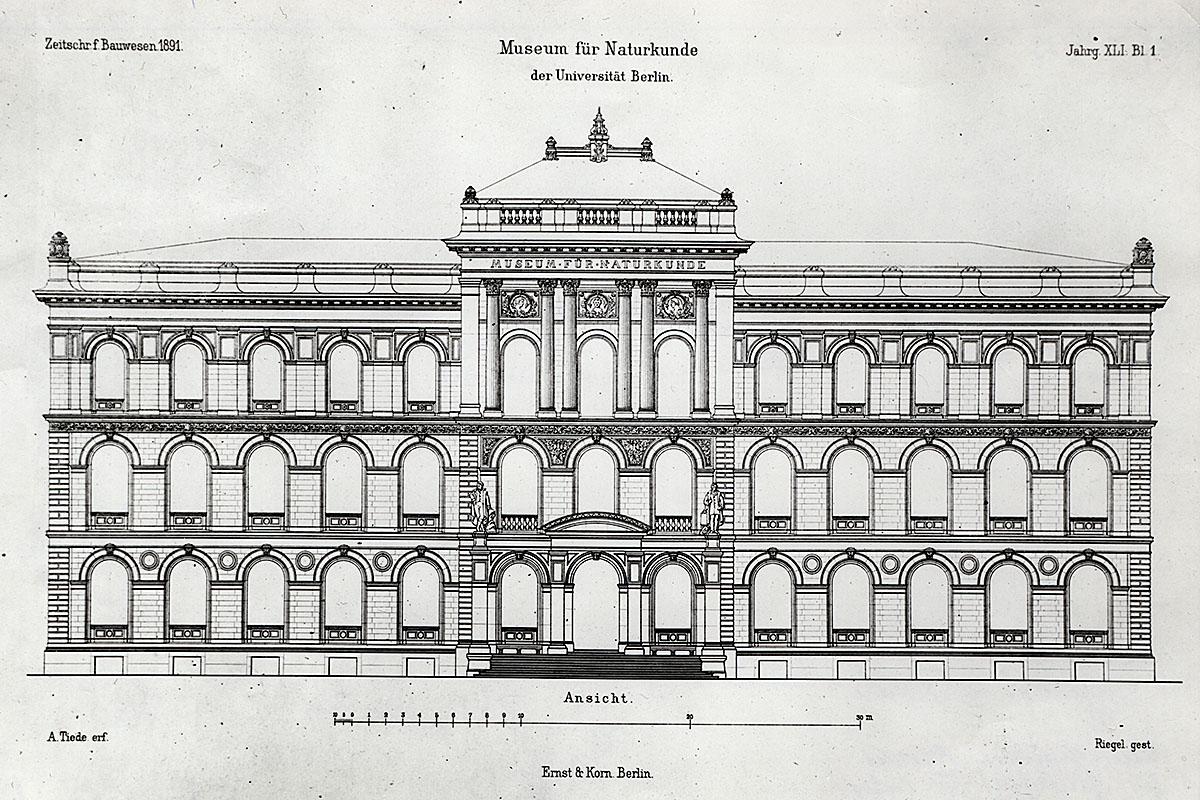 The history of today’s Museum für Naturkunde is closely connected to the history of Berlin’s university. The natural history collections of the Friedrich-Wilhelms-Universität, which was founded in 1810, were kept in the main University building until a dedicated museum building was built. As the collection had been growing exponentially, a new collection building was badly needed. It was intended to become a research and teaching institution, as well as a place of education for the wider public.

The building was to house three institutions

The responsible architect was August Tiede, who planned to bring the three institutions together as an ensemble. However, the sixteen years that passed between the first plans and the completion of the building were characterised by continued debates on public access to the collections. The designated director, Wilhelm Peters, favoured public access to the scientific collections over a merely representative exhibition. He won the argument, but sadly died before his concept could come to fruition.

On December 2nd 1889, Kaiser Wilhelm II opened the new museum building in Invalidenstraße. It was intended to become a hub, connecting a new institute for science and technology with a museum centre.

However, soon after its inauguration, it became apparent that due to cost-cutting during the construction, the space created was much smaller than originally planned and could therefore not cope with developments in the late 19th century, when scientific expeditions became more frequent and the new German colonies were explored, leading to a dramatic increase in collection material. Newly developed exhibition concepts also required more space, and soon, the Museum für Naturkunde suffered from the same degree of overcrowding that had been experienced only a few years ago in the old Unter den Linden university building.

Thus, plans for enlargement and even another new building were made only a few years after the opening of the Naturkundemuseum. Although a new building never materialised, a north-facing extension wing was added between 1913 and 1917.

The North Wing was again refurbished to accommodate the exhibition plans of the Museum’s director between 1918 and 1925, resulting in the Museum building as we know it.