Looking back to the completed building phases 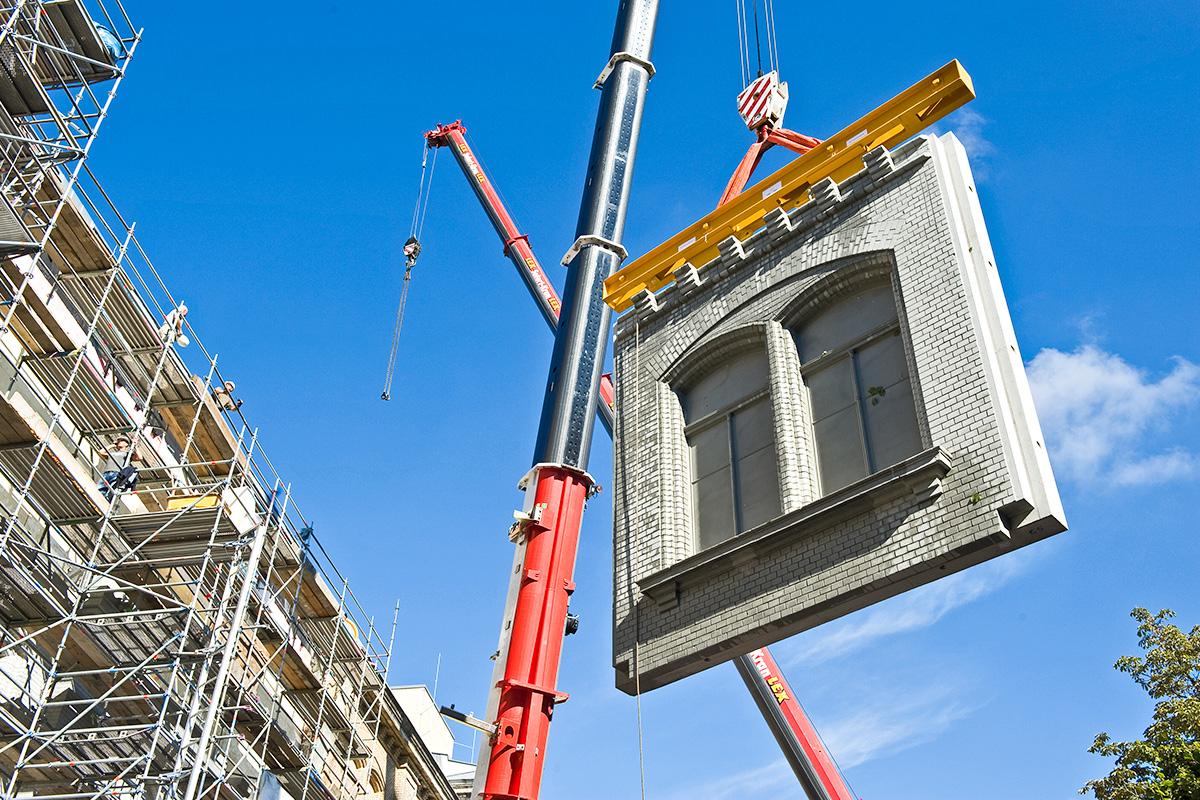 A century after opening its doors, after two world wars and decades of managing resource shortages in East Germany, the Museum für Naturkunde looked to a more positive future after reunification.

Partial refurbishment of the exhibition area in 2004-2007

December 2006 saw the completion of substantial building improvements. With funding from the EU and the Lotto foundation, large parts of the exhibition area were refurbished on the basis of new scientific and didactic insight. First steps were taken to achieve accessibility in the public exhibition area on the ground floor. The focus was on the re-design of the permanent exhibition, and it helped develop the MfN’s very own authentic science communication style. For the first time, one of the two large stairwells could be used for exhibitions and gave visitors a glimpse of the scientific collections in the upper floors. Once the Dinosaur Hall and adjacent galleries had re-opened on July 13th 2007 under the tagline “metamorphosis – the MfN changes”, visitor numbers increased sustainably by 100% compared to previous years.

In 2010 – 200 years after the foundation of the MfN – the next building phase was completed and one of the world’s most advanced storage buildings for scientific wet collections was inaugurated. The primary aim in the reconstruction of the East Wing that had been destroyed during the war in 1945 was to improve fire safety and conservation conditions by separating the alcohol-preserved specimens from the dry collections. In addition, functional transport logistics had to be developed, as well as labs and workshops for the preservation and maintenance of the collections. This resulted in a highly technical new building with integrated cooling systems within partially preserved outer walls, housing the 276,000 jars from the MfN’s wet collections in three storeys. The brick walls of the eastern facade have been complemented with large pieces of cast fair-faced concrete, according to plans by Swiss architects Diener & Diener. With the creation of a fully accessible visitor circuit in the ground floor, visitors gain an insight into research collection. A fully transparent showcase-like construction up to the ceiling holds wet collection specimens and keeps them at a constant temperature, thus providing optimum preservation conditions. A gas extinguishing system ensures maximum safety for visitors and collection. This unique example of a literally transparent research collection has become a favourite viewing attraction for visiting museum lovers and architects from various countries. The concept and reconstruction have been awarded three architectural prizes.

65 years after its destruction, one of the last war ruins in Berlin was re-opened after three years of construction work in September 2010. Once the wet collections were moved to the new building, space was freed to start on the second building phase, which will be completed in 2018.