Scars of the war remain visible 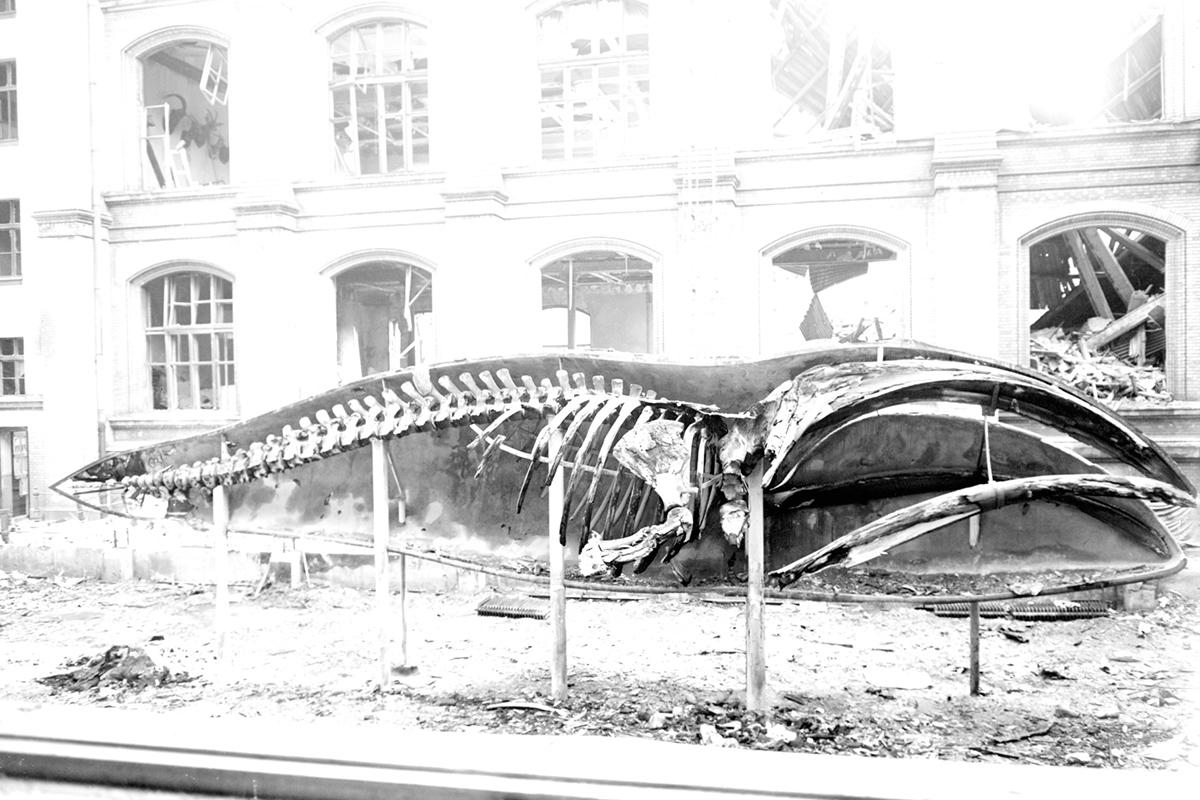 The history of the museum building consists not only of building and refurbishment – it is also a history of destruction and neglect.

The Second World War left its mark on the building, and although the Museum was not as badly damaged as some other buildings in central Berlin, Allied bombing took a considerable toll.

Fortunately, Museum staff had begun in 1942 to store valuable collection items such as the large dinosaur skeletons from the Tendaguru expedition securely in the basement of the building. In April 1943, large parts of the collection, in particular the wet collection and insect collections, were either stored in the basement or to other locations thought to be safe. A bank safe was hired to store particularly valuable items such as the extinct quagga or type specimens from the bird collection.

However, in November 1943, parts of the Tendaguru and the mineral collections, a lecture theatre, the giant snake hall and the vertebrate collection of the neighbouring Zoologisches Institut were destroyed in incendiary raids.

In a daytime raid by US bombers on February 3rd 1945, the Museum sustained severe damage when the East Wing was hit by a 500 kg bomb and collapsed to its foundations. There were deaths and casualties in an air raid shelter in the basement of the Museum. The Museum’s main library was destroyed, as was the anatomy hall and an exhibition of complete large mammal skeletons. Further parts of the buildings suffered fire damage from heavy artillery bombardment in the last days of April, and grenades tore holes in the walls of hitherto undamaged exhibition halls.

The scars of the war remain visible to this day, in the concrete elements that were added to the remains of the historical East Wing facade, the bullet holes in the front facade, the missing cupola above the main facade, which was not re-erected, and also in specimens torn to pieces such as the quagga or partly destroyed mounted birds. And there are gaps in the collections – the specimens from the whale hall and mineralogy collections. Some collection hall roofs had been damaged and have now been partially renovated during building phase 2. Not everything can or should be erased from memory, and the scars of the war will remain as a memento.