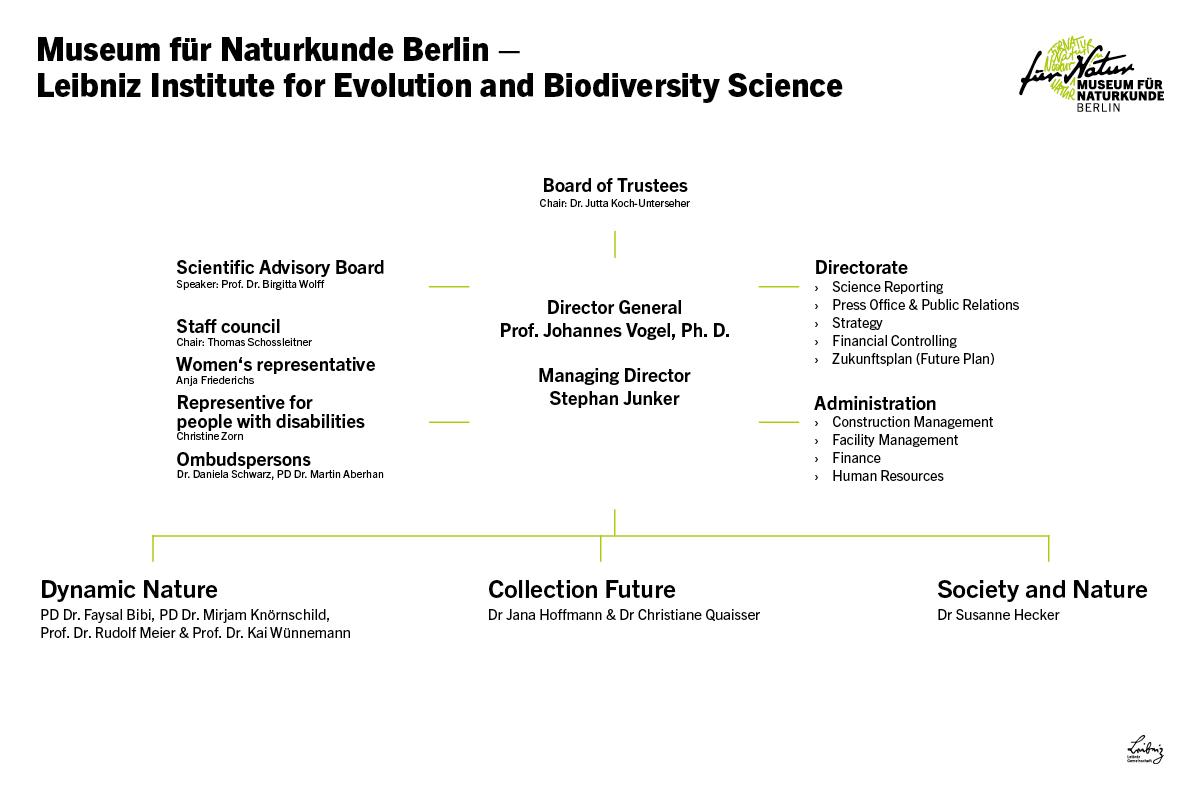 The Board of Trustees is the highest instance in the Museum, supervising all important decisions at a scientific, programmatic and economic level.

The Board of Trustees has currently the following members:

The Scientific Advisory Board advises the Director General and the Board of Trustees on matters regarding science and science policy. It consists of up to seven internationally renowned scientists, who are familiar with the research foci of the museum and, ideally, are experienced in museum work.

The current members of the Advisory Board are: 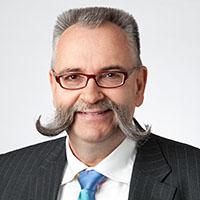 Johannes Vogel studied Biology at the universities of Bielefeld and Cambridge and earned his PhD in genetics at the University of Cambridge. In 1995 he started working for the Natural History Museum in London as scientific expert for mosses, fungi and ferns; in 2004 he was appointed Keeper of Botany. Since 2012, he is Director General at the Museum für Naturkunde. He is der chair of the European Citizen Science Association and the Leibniz Biodiversity Research Alliance as well as being the deputy chair of  the Bioeconomy Council to the German Federal Government. End of 2021, Vogel got the Cross of Merit. 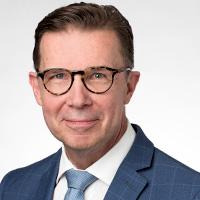 Stephan Junker is a lawyer as well as an experienced science manager. Since 2011 he has been Managing Director of the Museum. Until 2011 he worked as Deputy Managing Director at the Forschungsverbund Berlin e.V., where he had previously been leading the departments for external funding and human resources for several years.

The Museum itself is divided into three Science Programmes:

In this Science Programme, scientific questions in the fields of biology, earth sciences and planetology are investigated interdisciplinarily, together with partners all over the world. This research is collection-based and the new scientific findings in turn help developing our extensive collection. Zoologists, palaeontologists and geoscientists discover and study the diversity of life on Earth, the mechanisms of population differentiation and speciation, the evolution of body plans and the diversity of organisms. Our work spans Earth’s entire history - from the formation of our solar system to the present, and even to the modelling of scenarios of the future. We also study processes underlying diversity dynamics, based on changes in ecological communities in space and time.

The Science Programme Collection Future addresses to two central questions: How do we shape the collection of the future at an open and integrated research museum? And how do we create a basis for novel, multi-perspective research and knowledge transfer? To this end, we combine expertise, competencies, and infrastructures with research approaches in collection and data management, information science, digitization, and cultural and social sciences. We create a space and culture for exchange and reflection on our collection development in terms of global and societal responsibility for natural and cultural heritage with stakeholders from science, society, culture, politics, and business. We realize the complete disclosure and transformation of the collection into an open, digital-analog knowledge infrastructure with professional knowledge management for objects, knowledge and data - our knowledge of nature - by implementing the Museum's Zukunftsplan and with strong national and international partnerships.

The Science Programme focusses on the interactions between society and nature. Ideally, knowledge about and for nature arises in dialogue and exchange with the public. All activities of the Science Programme aim to better understand, analyse, communicate and further develop knowledge and decision-making processes in the field of nature and biodiversity, together with various stakeholders. Based on excellent and relevant research, we create interactive experimental and action spaces, and develop event formats with various groups from civil society, politics and business. This is done, among other things, through exhibitions, educational programmes in the museum and in nature, participatory dialogue formats and conferences. In parallel, we investigate their effectiveness and reception. Another area of our research is the interaction between science and society - in the city, in the countryside, nationally and globally, digitally and analogue. We support students, teachers and other knowledge mediators in their education. We offer interdisciplinary and international training in the areas of public engagement, open science, citizen science and museums.