Archaeopteryx named Fossil of the Year 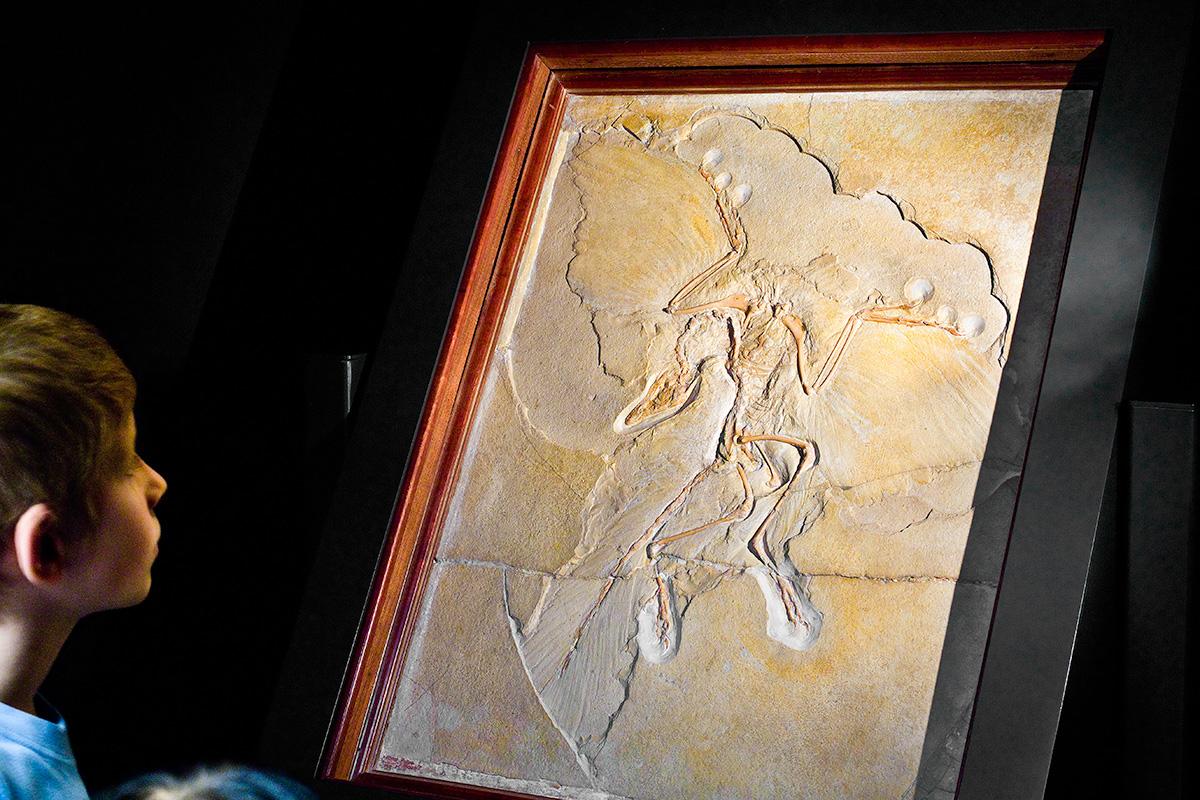 Archaeopteryx is one of the most famous fossils in the world. The Palaeontological Society has now named it "Fossil of the Year" 2020. The award, which was established in 2008, is intended to contribute to a greater public awareness of paleontology and to illustrate the central role of fossils in the study of life on earth.

Archaeopteryx show characteristics of both, reptiles (e.g. bony tail, teeth and front claws) and birds (e.g. flight feathers and wishbone). Thus, Archaeopteryx is important evidence for evolution. In his evolutionary theory of 1859, Charles Darwin postulated that during the development of new species, intermediate forms would appear that showed characteristics of the new species, as well as the old one.

The Berlin specimen of Archaeopteryx characterized by its almost complete preservation and special aesthetics of the fossil on its limestone plate. It is the most beautiful and most completely preserved specimen of Archaeopteryx. Apart from the bone, feather imprints are on the main plate. In addition, there is a counterplate with a large proportion of excellently preserved feather imprints of wings and tail are visible. A post preparation on the back of the main plate also allows a view of the shoulder girdle. The Berlin specimen was the second found body fossil of Archaeopteryx and the first Archaeopteryx which was acquired by a public museum in Germany in 1881 (the first specimen of Archaeopteryx was sold to London and is kept there in the NHM). Therefore, the Berlin specimen was available for scientific research purposes for the longest time, because all other fossils of Archaeopteryx discovered or brought to the public only since 1950. Its particularly complete preservation over the years has allowed for a variety of interpretations and different methods of investigation, ranging from the classical descriptive anatomy and systematics of bones and feathers, to various interpretations of the flight ability of this fossil, to detailed investigations with long-wave UV light.