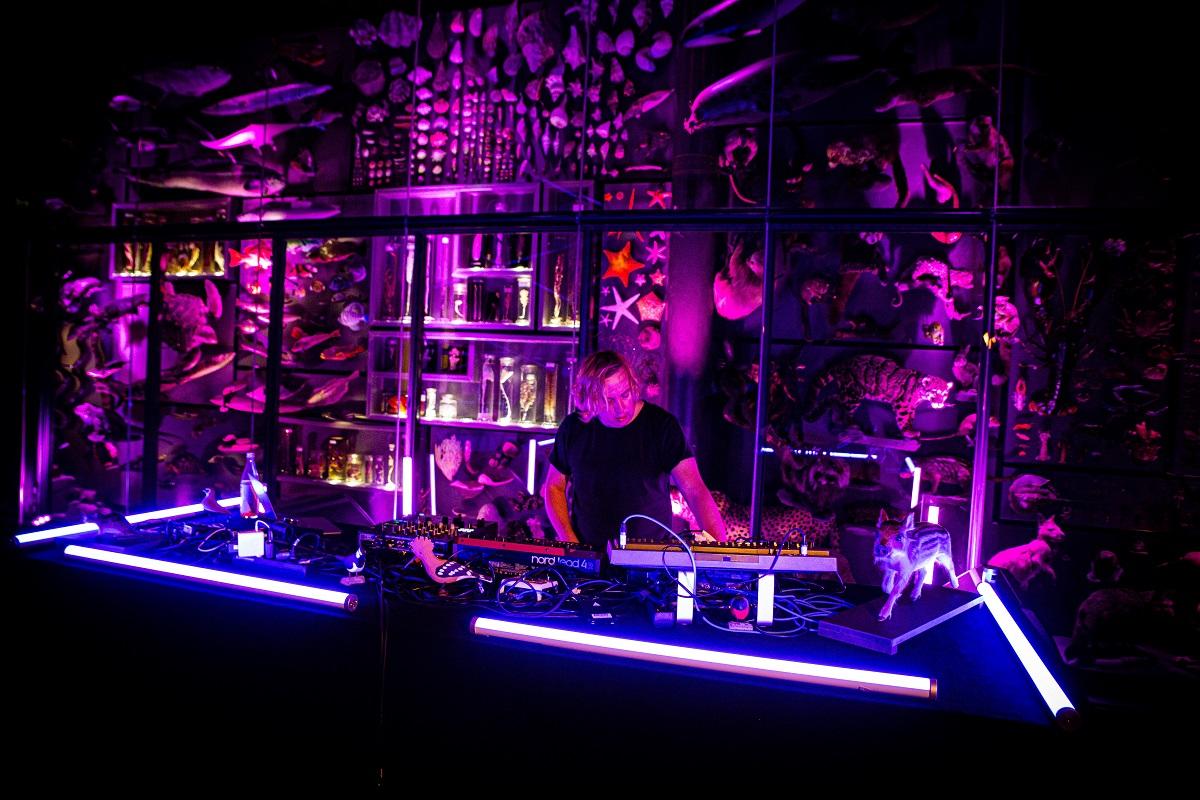 What do club culture and biodiversity have in common? Both are complex, fragile systems, acutely endangered and their preservation is elementary. That is why Dominik Eulberg and United We Stream are joining forces to create awareness of the uniqueness, diversity and fragility of both systems and to provide a special impulse for social change. Under the heading THE SOUND OF BIODIVERSITY, the natural scientist and well-known music producer Dominik Eulberg presents a specially created live set, which he has arranged, tailored to a digital museum tour with the scientific assistant Dr. Kim Mortega. The tour takes the viewer into the exhibition rooms of the Museum für Naturkunde Berlin and to a variety of research collections that are normally hidden from the public. For Eulberg, each of these spaces sounds different and he captures these atmospheres, translates them into his very own electronic sound and thus combines what he protects and values: Techno and biodiversity!

UNITED WE STREAM: Dominik Eulberg - The Sound of Biodiversity

With Eulberg as a mediator of Humboldt's idea, a stream was produced in the museum that is dedicated to the understanding between science, nature conservation and club culture. The audience can expect a specially created 90-minute live set by the interdisciplinary, electronic concept artist in front of the biodiversity wall of the Museum für Naturkunde, which acts in creative interplay with the digital museum tour by Dr. Kim Mortega. The interplay of museum tour and live set is followed by a one-hour discussion between Dr. Kim Mortega and Dominik Eulberg, in which they talk about the systemic relevance of art and club culture, Humboldt's educational ideal, the museum in the course of time and the state of domestic biodiversity. They show why it is necessary to communicate and raise awareness through art and why biodiversity is an insurance for survival for us and future generations. "The interdisciplinary cooperation with Dominik Eulberg and United We Stream and this new streaming format is a further step towards a social-ecological transformation," says Dr. Kim Mortega.

In cooperation with the Deutsche Wildtier Stiftung, NABU and Voelkel Naturkostsäfte, current studies, conservation programs and other measures have been compiled so that valuable aspects of nature conservation and nature education are mentioned in the stream. They also contributed information about the exhibits in the museum tour, which enables the audience to classify what they see and understand nature in an elegant way. Through the mutual support of the cooperation partners, valuable knowledge was bundled and transported in the sense of "united" to a common goal: The preservation of biodiversity and natural habitats, as well as the enthusiasm for and protection of the same.