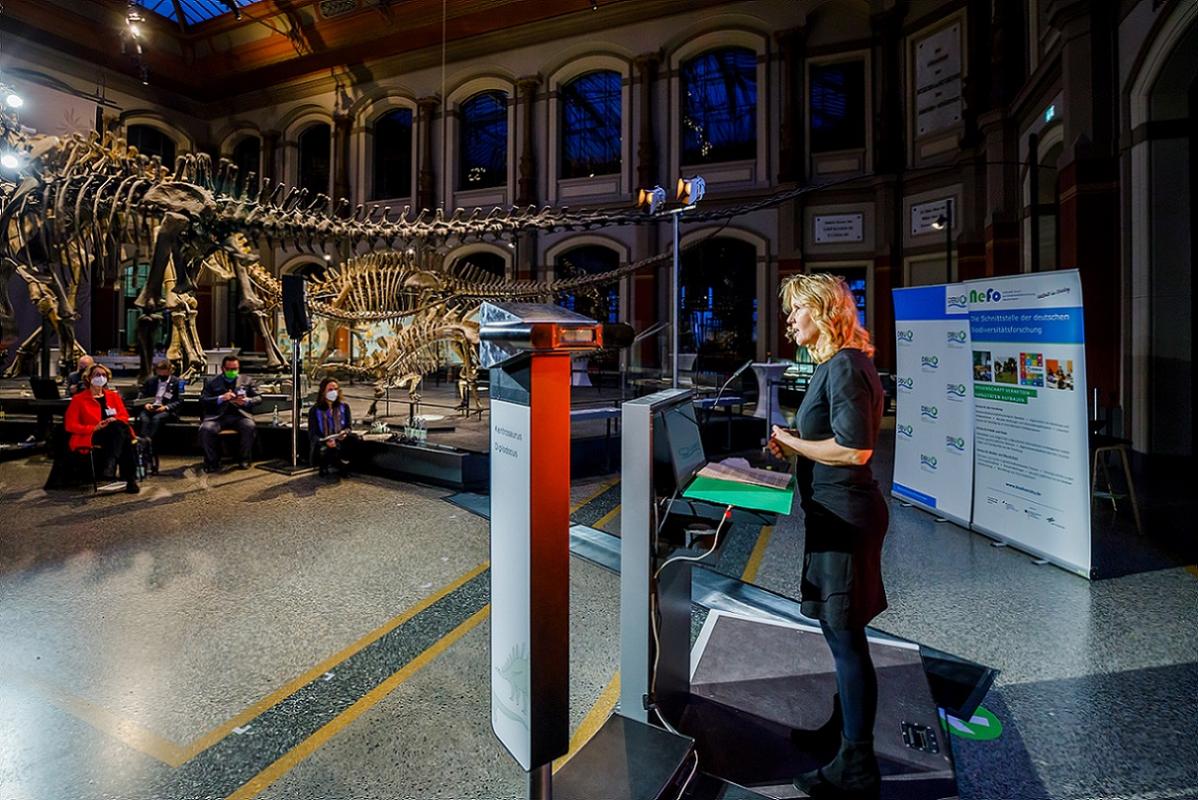 This year's 15th World Conference on Nature in Kunming, China, and concerns about a devastating loss of biodiversity prompted an event organised by the German Federal Foundation for the Environment (DBU) and the Network Forum on Biodiversity Research Germany (NeFo) on 15 March at Berlin's Museum für Naturkunde Berlin. Among the invited guests was Federal Environment Minister Steffi Lemke. DBU Secretary General Alexander Bonde urged increased biodiversity protection. His appeal to politics, society, business and science: "Only if biodiversity is intact can a turnaround towards renewable energies and thus climate protection succeed."

In 2007, the German government had taken "the right path" with the National Biodiversity Strategy (NBS). "What is certain, however, is that the NBS goals anchored at that time are unfortunately still out of reach," Bonde said. "We must do more to preserve plants, animals and habitats. It's a matter of people's livelihoods." He said it was welcome that a recalibration of the national biodiversity strategy was underway in 2021. "This is an immense challenge, but also an incentive to lose no more time," Bonde said.

Johannes Vogel, Director General of the Museum für Naturkunde Berlin: "Science must move away from the idol of excellence. Science should participate in social discourse. It must be able to listen. That takes time and commitment."

World Biodiversity Council warns of extinction of one million species

A key issues paper of the German government from June 2021 takes a close look at the NBS 2007 and announces a new national biodiversity strategy. This is because many of the goals of the national strategy for the protection of biological diversity have "not been achieved" to date. A fundamental reversal of the trend in the loss of biological diversity has not been achieved. In 2019, the World Biodiversity Council (IPBES) caused a sensation when it warned that around one million species worldwide were threatened with extinction within decades. Estimates put the total number of species on Earth at around 14 million. The key issues paper concludes that a change in biodiversity policy is unavoidable - "what we need is a transformative change", it says. Direct and indirect drivers of biodiversity loss must be addressed. Moreover, the NBS 2007 is partly out of date; the energy transition, insect mortality, the Corona pandemic and topics such as marine nature conservation, adaptation to climate change, weather extremes such as drought, heat and heavy rain, international supply chains and plant protection are not or hardly taken into account.

Germany's NBS of 2007 stems from the Convention on Biological Diversity (CBD) of the United Nations Conference on Environment and Development in Rio de Janeiro in 1992. At that time, three international treaties were adopted - in addition to the CBD, the Framework Convention on Climate Change and the Desertification Convention. With 190 Parties, the CBD is considered the most comprehensive binding agreement for nature conservation and the sustainable use of natural resources. The Convention's supreme political decision-making body is the Conference of the Parties (COP) - as is now the case at the 15th COP meeting in China. The Federal Ministry for the Environment and Consumer Protection is responsible for CBD implementation in Germany and thus for the NBS. Federal Environment Minister Steffi Lemke emphasises that above all the way we treat nature must change. She is committed to the effective protection of still intact nature, the restoration of damaged ecosystems and the sustainable use of natural resources - globally, in Europe and in Germany. It is important that the World Conference on Nature takes place this year and adopts concrete, measurable goals, but also strong mechanisms for their implementation.

10 Must-Knows of the biodiversity research