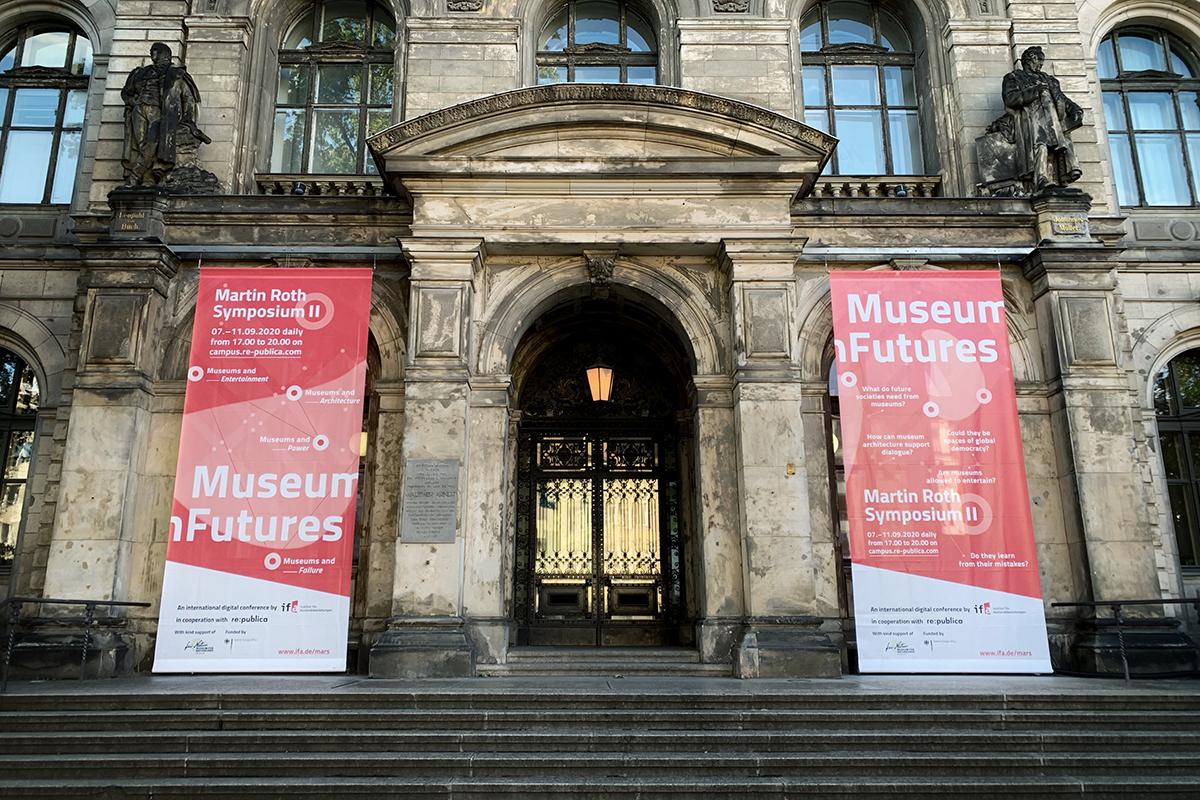 From September 7 to 11, the Institute for Foreign Cultural Relations (ifa) in cooperation with re:publica will host the second Martin Roth Symposium online and live at the Museum für Naturkunde Berlin. The future of museums between democracy, power, architecture, entertainment and failure is the focus of the digital-analogue theme week, which will be inaugurated by Federal President Frank-Walter Steinmeier.

Due to the special situation this year, the Martin Roth Symposium will be launched digitally: After the official opening by Federal President Frank-Walter Steinmeier, international experts from the fields of culture, science, art and politics will discuss the current situation of museums, current challenges and visions for the future during the re:publica theme week from 7 to 11 September. The conclusion of the Martin Roth Symposium 2020 will be held on September 11 with an analog-digital program at the Museum für Naturkunde Berlin.

Direct link to the livestream during the event:
campus.re-publica.com/mars2

The following topics will be discussed within the four-day, purely digital program from September 7 to 10, each from 5 to 7:30 PM.

In addition, Q&As with the participating speakers take place in digital discussion rooms, the "Deep Dives".

Program at the Museum für Naturkunde Berlin on September 11, 2020

On September 11, the last day of the "MuseumFutures" theme week, the digital programme will be complemented with an interactive Werkstatt day (workshop day) from 1:30 to 8 PM at the Museum für Naturkunde Berlin. Participation in the workshops is only possible after prior registration.

Also the last panel discussion will take place at the museum, in the presence of an invited audience.

In honour of Martin Roth (1955-2017), one of Germany’s most innovative museum directors and cultural policy makers as well as the former president of ifa, experts from the cultural, academic, artistic, and political sectors gather biennially at the Martin Roth Symposium. Inspired by Roth’s own progressive convictions, they come together to develop new ideas and visions for the future. The first symposium entitled What Can Culture Do? took place in Berlin in 2018.

The concept for this year’s Martin Roth Symposium was developed in collaboration with an international committee and re:publica.

This year’s symposium is hosted by ifa (Institut für Auslandsbeziehungen) in cooperation with re:publica and with Museum für Naturkunde Berlin. Funded by Federal Foreign Office