Hackathon with water fleas and paramecia 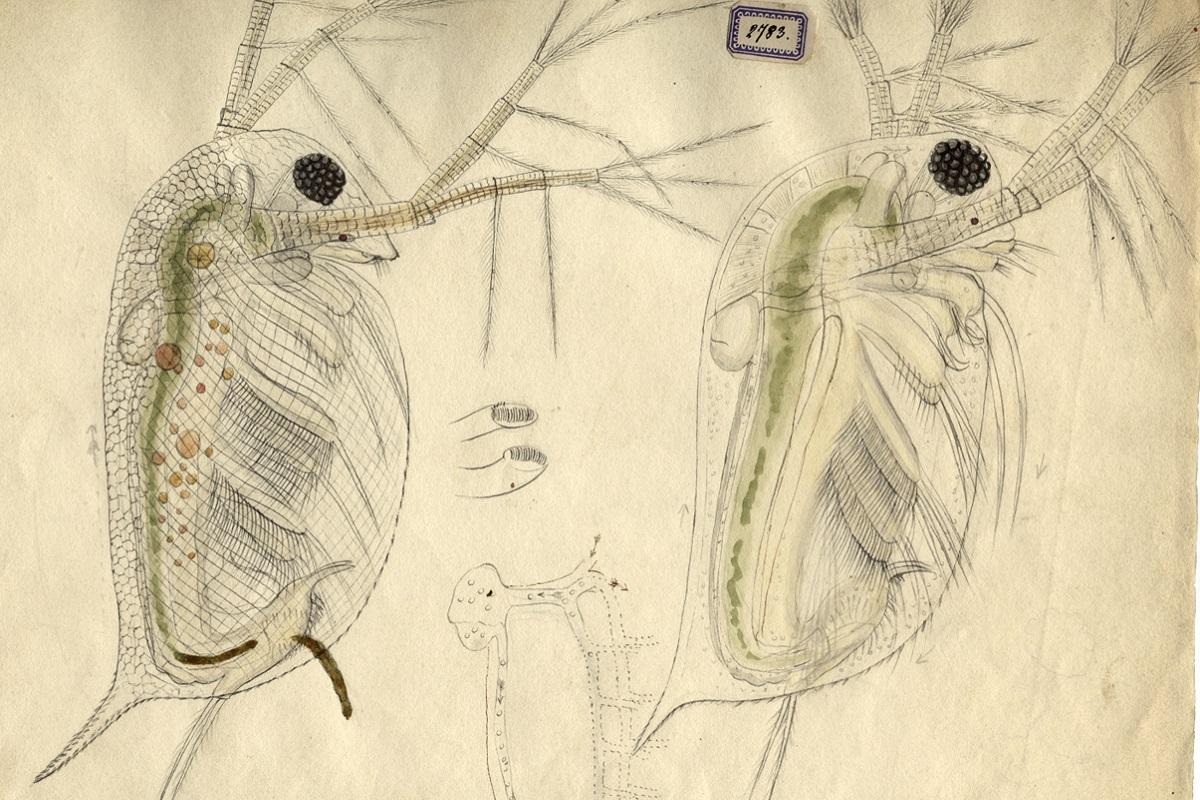 For the fifth time, the Museum für Naturkunde Berlin participates in the Coding da Vinci Hackathon and this year provides the dataset of Christian Gottfried Ehrenberg's historical drawings of microorganisms to the creatives of the CdVOst³ 2022.

The focus of this year's hackathon is the border triangle of Germany, Poland and the Czech Republic. Cultural institutions from these regions or those that have datasets related to the region offer their data and content under an open license to encourage interested hackers from the fields of gaming, graphic applications, software development or simply "just" enthusiasts of art and culture to engage with the datasets and develop ideas together as a team. The goal is to create new approaches to digital cultural heritage: with apps, websites, VR/AR applications, interactive installations, data visualizations or with other innovative project ideas.

Christian Gottfried Ehrenberg, physician, zoologist, geologist and botanist, was born in Delitzsch near Leipzig in 1795 and is honored as one of the most famous scientists of his time in his native Saxony with a memorial stone, mural and a high school named after him. Ehrenberg was a member of the Royal Prussian Academy of Sciences and accompanied Alexander von Humboldt on his trip to Russia in 1829. He is considered a co-founder of micropaleontology and microbiology. On his research trips, he described all kinds of plants and animal species, but he was particularly interested in microorganisms. For more than 30 years, he studied microorganisms in countless water, rock, and sediment samples and described thousands of new species, including the well-known paramecium.

His drawings are not unfamiliar to old "Coding da Vinci" veterans: in 2015, the museum already provided a dataset of 30 select drawings, complete with metadata. This year, we will present participants with approximately 3,000 of his drawings, which are housed in the our Historical Division. The museum's participation is organized through the Mediasphere For Nature, our digital media application lab. Outside of the hackathon, the Ehrenberg collection can also be researched through our Data Portal.

On 19 and 20 March 2022, cultural institutions will present their submissions to participants at the kick-off event. After they have selected one or more datasets, the hackers will have the opportunity to present their project ideas and inspire other team members with a short idea pitch. Following the six-week sprint phase, the award ceremony will take place on 30 April 2022. Here, the teams present their projects in front of an expert jury and have the opportunity to win exceptional non-cash prizes in various categories.

Many projects derived from our museum datasets at various "Coding da Vinci" hackathons in recent years have been a great success. The app SnailSnap, for example, traveled across the country on the MS Wissenschaft ship in 2019, encouraging visitors to create selfies of themselves from snail shells of the museum's collection. A beetle poster, which sorts the brightly colored jewel beetles in our collection by color in a purely aesthetic way, is part of the poster collection in our museum shop.

We are excited for your project ideas on Ehrenberg's fascinating drawings. The registration for the current CdVOst³ 2022 is still open.