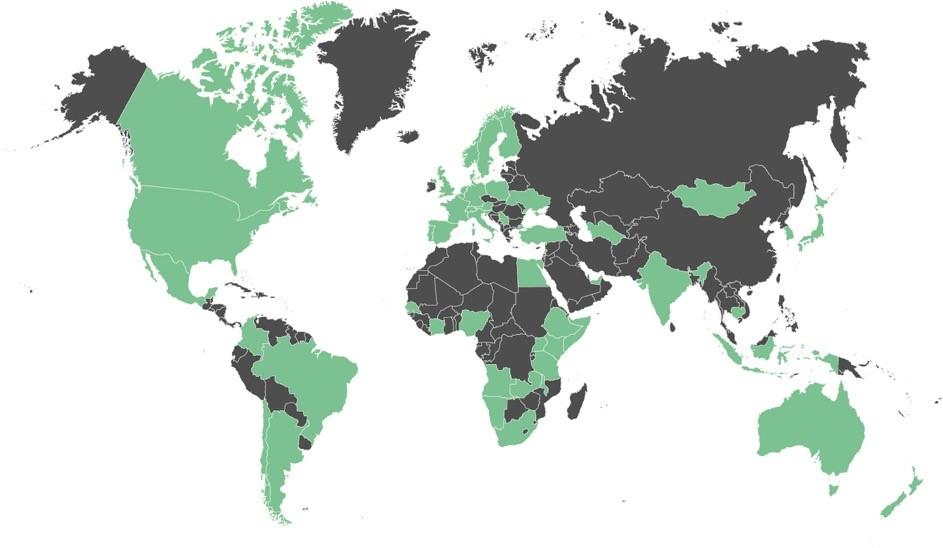 From 17 to 19 October, an international conference of research museums took place at the Deutsches Museum in Munich. More than 160 representatives at management level from 100 institutions from 52 countries had announced their attendance - from the "Smithsonian" museums in the USA to museums and cultural institutions from Brazil, Colombia, Senegal and Korea. Under the title "Objects in Motion - Museums in Motion", the Global Summit of Research Museums dealt with the currently important topics for museums and the global cultural scene: Can access to our cultural heritage be democratised through digitalisation? How can inclusion be achieved? How can museums become sustainable?

But the topic of restitution also played a major role: representatives from India, Nigeria, Mongolia, the USA and Germany discussed these issues with each other. How can cultural assets be returned to the countries of origin? What are good examples? And where have serious mistakes been made? Experts from all over the world wanted to learn from each other for the future. And a very topical subject, on which the representatives from Ukraine also reported a lot: How do museums deal with crises and disasters? Alexander Kellner, director of the Brazilian National Museum in Rio de Janeiro, which was destroyed by a major fire in 2018, reported on this. He said: "The world is becoming more and more complex. Pandemics, wars and different perspectives on the same problems, are causing huge concerns for everyone. Such changes also affect museums, which need to adapt to develop an ever more effective dialogue with society. This is easier said than done. But that is exactly what meetings like the Global Summit of Research Museums offer very good opportunities for: Here, people responsible for museums from different countries come together to discuss problems and strategies - because a museum that doesn't engage in this dialogue is doomed."

"After all, we have a little experience with crises and catastrophes here," said Wolfgang M. Heckl, the general director of the Deutsches Museum. Be it a depot fire in 2018, the pandemic, the consequences of the Russian war of aggression with the current energy price explosion or the problems brought about by the general renovation of the most visited house in the country. "Especially in these challenging times, international exchange is so important. And I am very pleased that we have succeeded in bringing together so many high-ranking experts from all over the world and especially from the global South here!" As host, the Deutsches Museum set many positive impulses in this context: "Our newly opened museum section will give the summit a forward-looking framework," said Director General Heckl. That the Munich house, one of eight research museums of the Leibniz Association, was chosen as the meeting place for the Global Summit of Research Museums "is really a great honour," said Heckl.

"Through initiatives like the Global Summit, which bring together representatives from globally important research museums in the fields of art, culture, humanities, technology and nature, Leibniz research museums strengthen the expansion of international networks in terms of strategy, content and transdisciplinarity. They discuss the role of museums, especially the direction of their research and exhibition work, collection, provenance and biodiversity research, as well as processes of social change and the responsibility of research museums for the future of the Earth," said Johannes Vogel, Director General of the Museum für Naturkunde Berlin, another of the eight Leibniz Research Museums.

And Ana Gonçalves Magalhães from the Museu de Arte Contemporãnea da Universidade de São Paulo added: "Our panel proposes, for example, to re-evaluate the role of research from an interdisciplinary perspective, discussing biological and cultural diversity. Diversity as a concept is used by us to think about the traditional methods and typologies of collecting and how new theories - such as evolutionary theories in biology or postcolonial and decolonial theories in the field of art history and humanities in general - are key to rethink and reshape museum collections."

The Global Summit of Research Museums was only the second World Conference of Research Museums - the first was held at the Museum für Naturkunde Berlin in 2018. The conference was made possible through the Leibniz Research Museums Action Plan II "A World on the Move". The action plan is funded by the Federal Ministry of Education and Research and the federal states in which the eight research museums are located, following a resolution of the Bundestag.