New digitisation projects within the framework of Synthesys+ 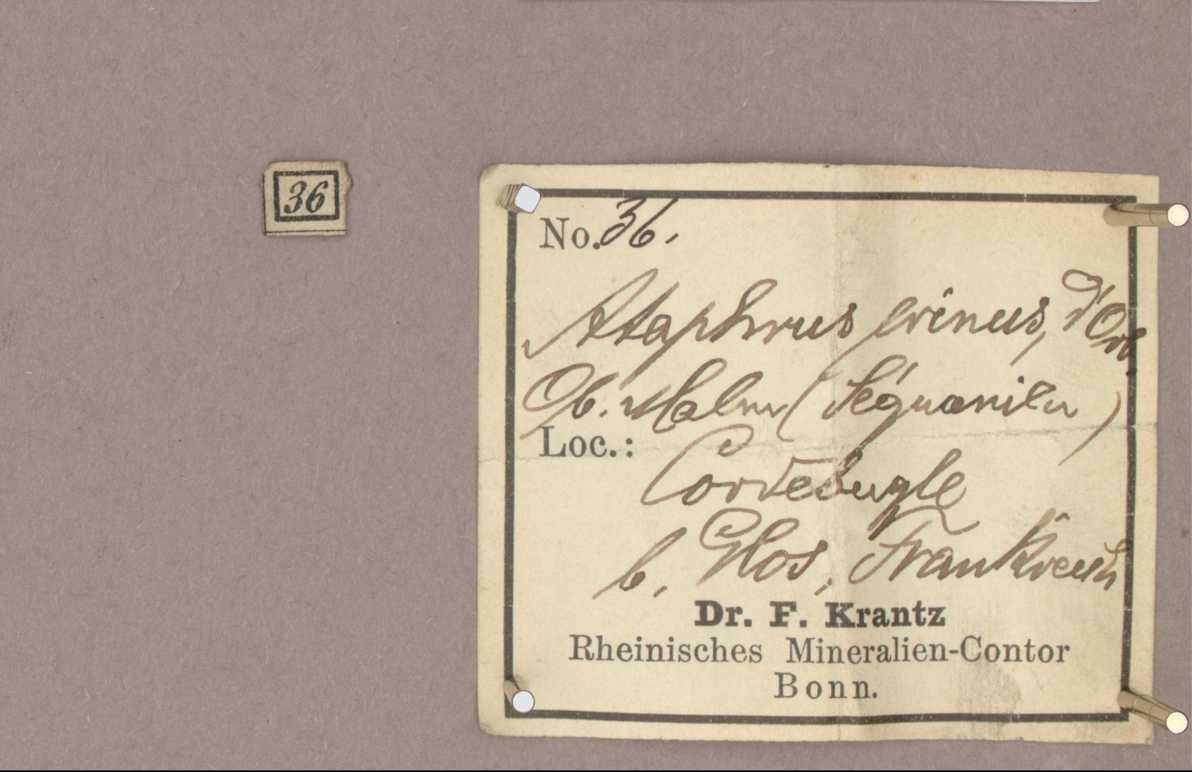 In the second round of Synthesys+, the Museum für Naturkunde Berlin is once again participating in two of five approved European digitisation projects. It is thus further expanding its research collection as a modern information and research infrastructure. In the project called "Harmonizing verbatim names in digitized collections – the Krantz material as a model", historical fossils are being recorded and digitised. In the project "Bryozoa Identification Tool (BIT) for Quaternary and Recent Mediterranean And North Atlantic Bryozoans", bryozoans are taxonomically recorded with the help of SEM microscopy.

Synthesys Virtual Access is a new pilot programme that promotes project-oriented digitisation of collection objects in European museums and thus opens up the collections of the participating institutions to researchers worldwide.

Within the framework of the EU project Synthesys+, two new projects have now been approved, involving not only the Museum für Naturkunde Berlin but also other partner institutions such as the renowned natural history museums in Paris, London, Madrid and Vienna.

Fossils have always reached natural history collections via dealers and sellers. The Krantz Rheinisches Mineralien-Kontor is a family business that has been dealing in minerals, fossils and rocks for 180 years. Many of these objects have been collected by prominent scientists and are now in collections around the world, some in exhibitions and others more classically "behind the scenes".

This digitisation project will collate palaeobiological data on provenance and taxonomy, as well as produce a standardised uniform vocabulary. At the same time, the objects will be photographed to promote re-use. Finally, the data is published on GeoCASe and is thus accessible and searchable worldwide for the first time. Projects of this kind make an important contribution to linking objects with historically relevant information and thus counteracting data loss.

Bryozoans are small multicellular animals that are both freshwater and saltwater dwellers. Their identification is laborious and requires special technical equipment and expert knowledge. Unfortunately, the databases available so far do not provide a comprehensive picture of their diversity. To facilitate their taxonomic identification, this project aims to create an identification tool for fossil and recent bryozoans from the Mediterranean and North Atlantic habitats. Selected specimens from the Museum's collection will be photographed using a scanning electron microscope.

Based on these photos in combination with data from other museums, an automatic identification algorithm will then be trained. The recorded metadata of these objects will also be recorded in a database for the first time, georeferenced and made publicly accessible via GBIF and the museum database of the MfN. This will create the conditions to enable worldwide access for researchers and interested parties.