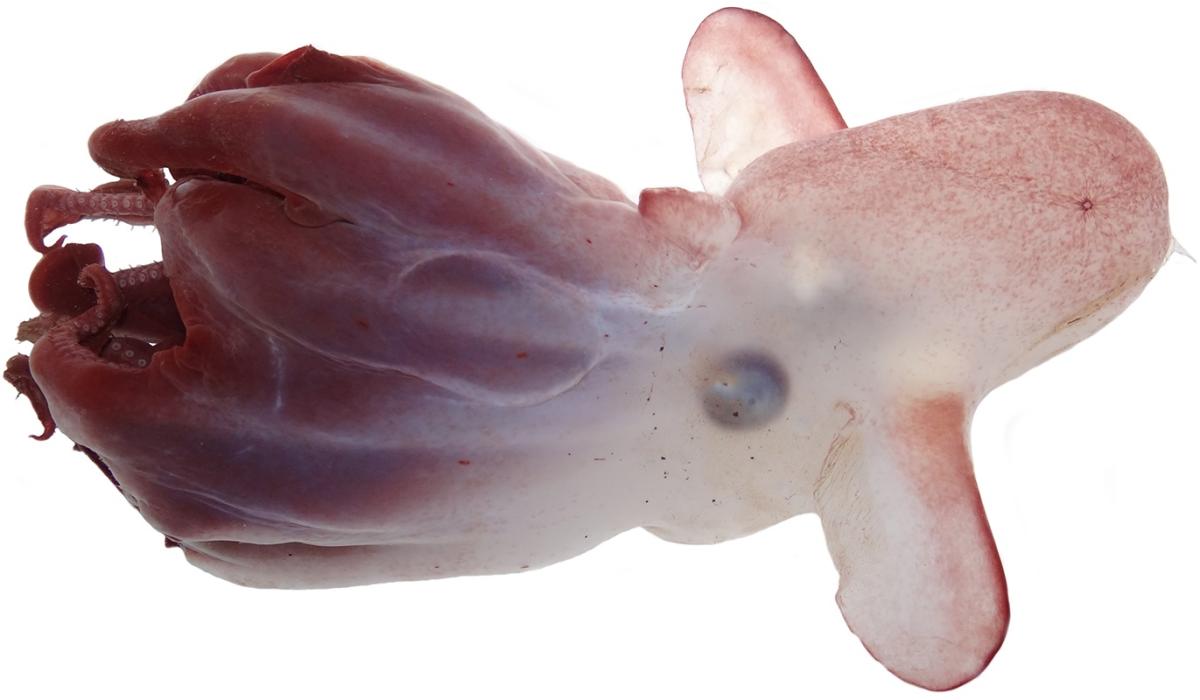 Scientists from Bonn describe a new species of octopus in the scientific journal "BMC Biology". The animal from the North Pacific originated from 4000 m depth and was given the name "Emperor Dumbo" (Grimpoteuthis imperator). It is part of the research collection of the Museum für Naturkunde Berlin. For the species description, the researchers did not dissect the rare creature as usual, but instead used non-destructive imaging techniques.

In summer 2016, researchers from the Institute of Evolutionary Biology and Ecology at the University of Bonn unearthed a dumbo octopus on the research vessel SONNE in the North Pacific. The octopus, which was about 30 centimeters in size, came from a water depth of more than 4,000 meters. However, the dumbo differed significantly from the known octopus species with the unusually large fins on the head reminiscent of elephant ears. The cephalopod therefore did not end up under the scalpel, but in the high-field magnetic resonance tomograph of the German Center for Neurodegenerative Diseases (DZNE) in Bonn. The beak and rasping tongue are made of hard chitin, which does not show up well on MRI. Therefore, the biologists consulted the micro-computed tomograph of the paleontologists at the University of Bonn. It quickly became clear that this had to be a new species. Among other things, the male specimen had a smaller umbrella, which indicated that it lived close to the seafloor. The newcomer was scientifically named Grimpoteuthis imperator. Or in German, "Kaiserdumbo," because the animal was discovered not far from Japan in an undersea mountain range whose peaks are named after Japanese emperors.

The preserved octopus itself is kept in the collection of the Museum für Naturkunde Berlin. The collection, which comprises more than 30 million objects, is a research infrastructure of global importance. It is not only available for the museum's own research activities, but also for a wide range of external user groups. As part of the Future Plan, the collection will be digitized and further developed as a global infrastructure for current and future scientific and societal questions and needs.

The combination of non-destructive methods created a crisp digital copy of the animal. It can be downloaded by anyone interested from the online database "MorphoBank" for further research or learning purposes.