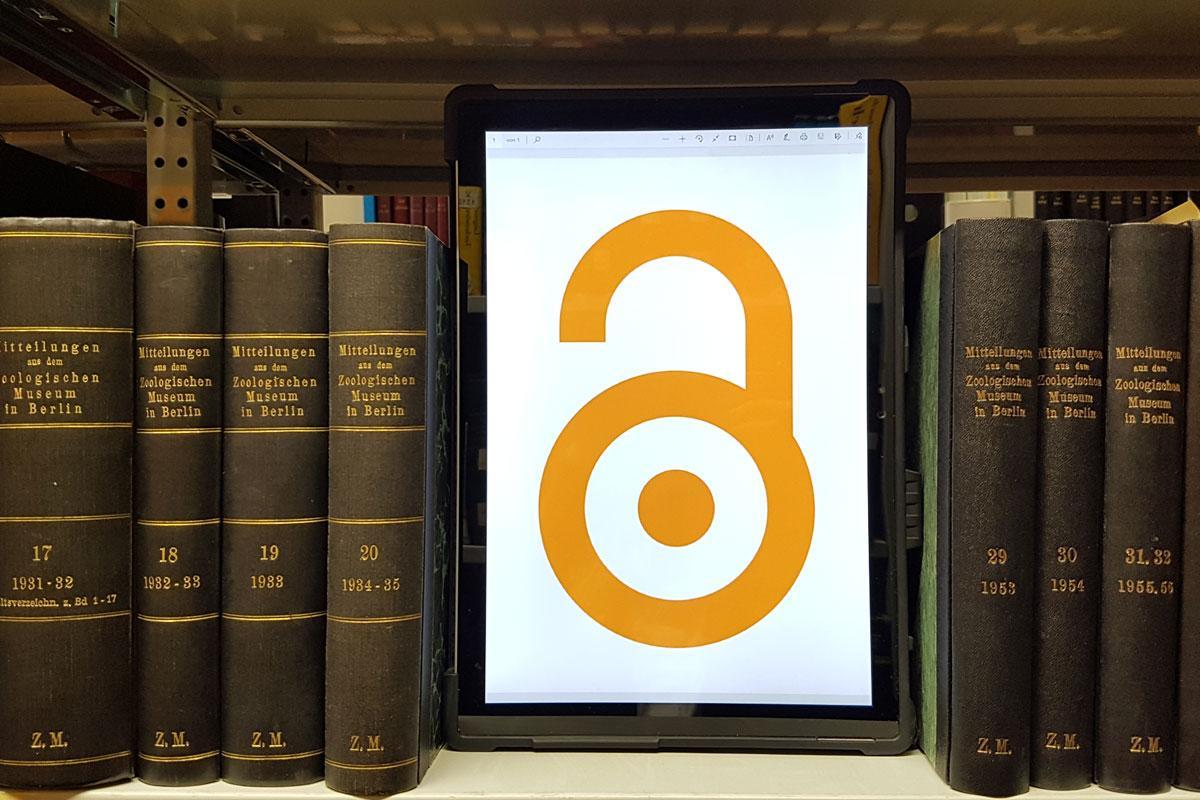 The Museum für Naturkunde Berlin underlines its commitment to open science. In requiring its scientists to publish their research results freely in open access. The new Open Access Guideline for 2022-2024 promotes this in the future and replaces the Open Access Guideline of 2019-2021. It is now publicized as part of International Open Access Week 2022.

In 2019, the first Open Access Guideline of the institution was published. In a participatory process, all employees of the museum, especially our scientists, were able to contribute their ideas on how research results can be published openly and freely accessible. The guideline also included concrete measures that the museum has committed itself to in order to promote open access - both within the museum and in the global research community. A central component of this was the continuation of the Coordination Office for Scientific Publishing. It advises the museum on all aspects of the publication process, in particular on open access publications, supports the financing of publication projects, and documents the volume of publications and their behavior at the museum. It also coordinates the museum's three in-house journals, which have been published in open access since 2014. The coordinating office has now been in existence for more than five years and has decisively advanced the opening up of our science. For years, the proportion of freely accessible scientific publications from the Museum für Naturkunde has been increasing and is now over 60%.

In 2022, the previously valid Open Access Guideline was evaluated and updated - again with the participation of the entire museum. The obligatory character, which was already comparatively high due to the formulations, was adjusted and now clarified once again. The evaluation also showed which measures have already been implemented and which can still be expanded. The latter are still included in the guideline and are planned for the coming years.