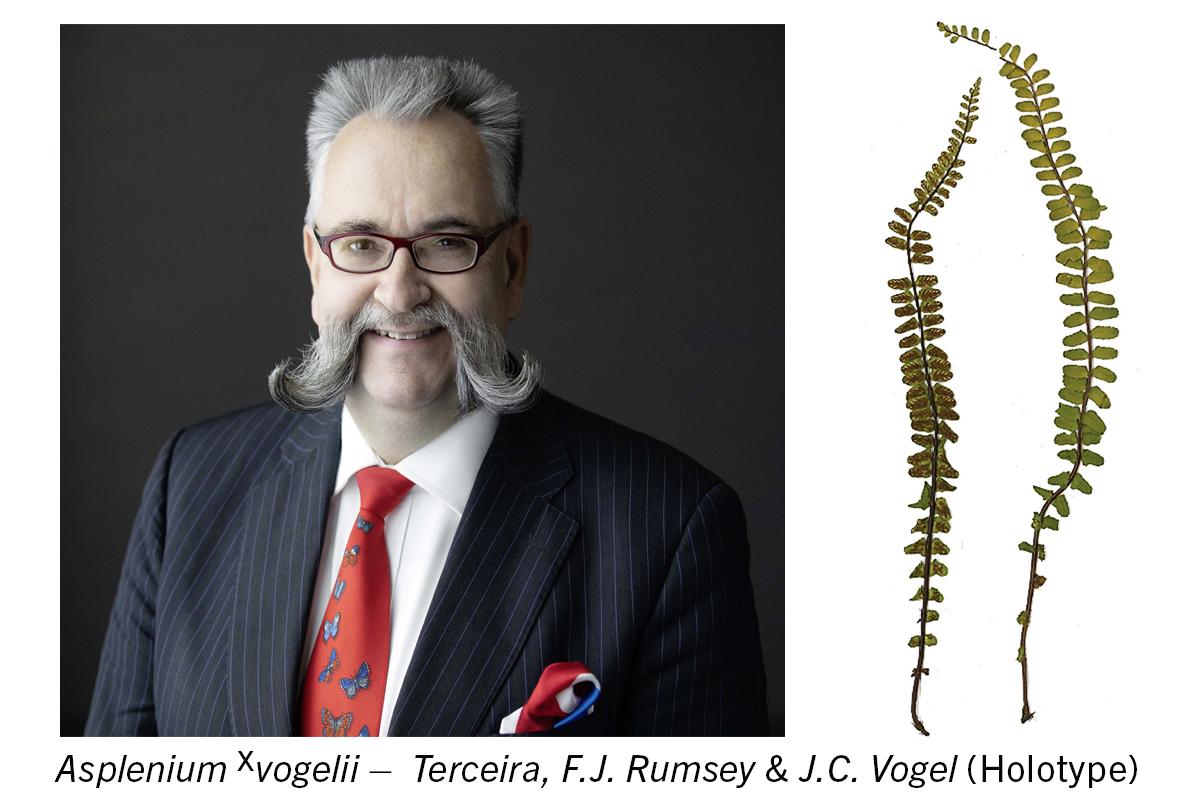 "Holotypus: PORTUGAL. Azores: Terceira, Terra Chã, on rocky roadside bank, 26th September 1996, J.C. Vogel & F.J. Rumsey." – That is the despription of the first exemplar of the new fern. The hybrid Asplenium azoricum × A. trichomanes subsp. quadrivalens is reported for the first time in Fern Gazette and described here as A. ×vogelii.

This fern is of course different from its parents. For example, it is darker colored and less jagged than "Mom" and the "leaves" (Pinnae) are shorter and stronger than those of "Dad". The specimens are smaller than the parents. The stipe is only 1-2 centimetres short and about 1 millimetre thick. The fronds are up to about 22 centimetres long, once with up to 47 pairs of pinnae. The spores are blackened and misshapen.

The hiker would simply overlook all this – but researchers, in this case fern specialists, find it! So is Johannes Vogel, the prominent namesake of the new species. Vogel, who has been Director General of the Museum für Naturkunde Berlin since 2012, discovered the fern in 1996 as a scientist and Keeper of Botany at the Natural History Museum in London. His genetic and molecular studies have done much to clarify the taxonomy and relationships within the genus.

Today, Johannes Vogel and his colleagues are committed to the efficient discovery and research of global biodiversity. With the founding of the "Center for Integrative Biodiversity Discovery", the Museum für Naturkunde Berlin is setting a new, forward-looking research focus. The Center is an important contribution to the recording of the millions of known and unknown species, to the study of their significance FOR NATURE and their possible relevance for the solution of many problems facing mankind.