The return of the Spix's Macaw 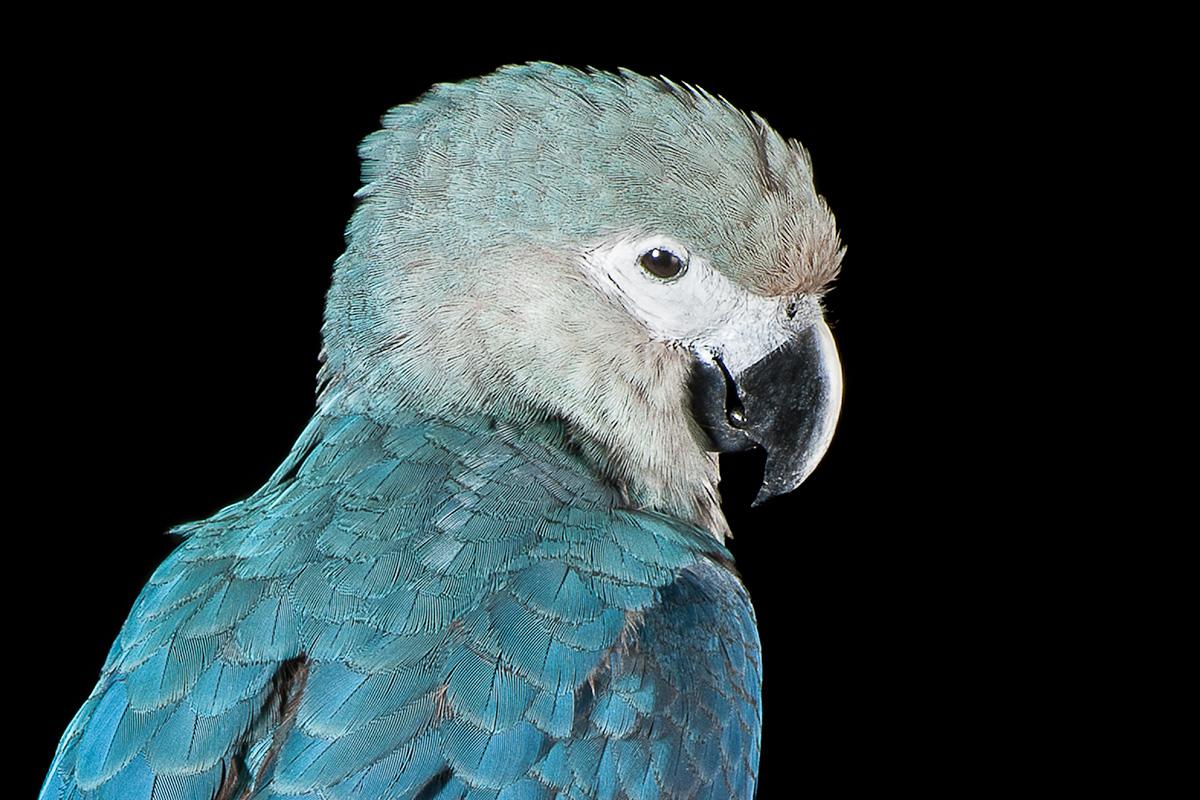 The Museum für Naturkunde Berlin supports the current signing of the contract for the reintroduction of Spix's Macaws in Brazil by the Association for the Conservation of Threatened Parrots e.V. (ACTP e.V.). This is a continuation of the long-standing cooperation between the Museum and the ACTP. The ACTP has already given the museum two feathered bird skins of Spix's Macaw, which are valuable for the collection and research – the only new Spix's Macaw specimens in a museum worldwide.

The Spix's Macaw (Cyanopsitta spixii), which was considered extinct in the wild in Brazil, became known worldwide through the cinema film "Rio", in which "Blu" plays the leading role. In 1990, only one Spix's Macaw was sighted in the wild, living together with a Red-backed Macaw (Primolius maracana) due to the lack of a conspecific partner. Since 2000, the species has been listed as "extinct in the wild" by the World Conservation Union (IUCN).

But there is hope, because around 200 Spix's Macaws still exist in human care worldwide today. As early as 2012, the Brazilian Nature Conservation Agency (ICMBio) Institute for Biodiversity Conservation, together with several partner organisations, established the "Spix's Macaw Action Plan" with the aim of increasing and coordinating the captive population of the Spix's Macaw through breeding. In 2016, ICMBio and ACTP launched the Spix's Macaw Release Project and two years later, all Spix's Macaw stocks were brought together at ACTP in Berlin. Under the supervision of a team of experts, a significant number of animals were successfully bred. Today, these offspring form the basis for the reintroduction project. In 2020, more than 50 Spix's Macaws were brought to the reintroduction station in Curaçá (Brazil), which was specially built by ACTP for the reintroduction.

The basis of a reintroduction is the existence of a suitable natural habitat. The habitat of the Spix's macaw, the Caatinga, was largely destroyed over decades by cattle farming. Thus, a former farm in the middle of this important habitat, where the last Spix's macaws lived in the wild, was purchased. This area, together with other adjacent areas protected by the government, will serve as a future sanctuary for the Spix's Macaw. The reintroduction of the Spix's Macaw is part of a larger community programme in the Caatinga, which was declared a protected area in 2018, where biodiversity and organic agriculture are to be promoted. Around 7,500 students from schools there are being taught about the project to raise awareness about biodiversity conservation. Local associations in the field of environmental protection and social work work here hand in hand with community representatives.

In 2017/18, the Museum für Naturkunde Berlin presented the special exhibition "ARA", which was organised in cooperation with WWF Germany, the Association for the Conservation of Threatened Parrots e.V. (ACTP e.V.) and the Association of Zoological Gardens (VdZ). ARA focused on one of the most important challenges of our time: What does sustainable conservation and responsible action mean in a constantly changing, globalised world? The exhibition showed all 19 known macaw species, including the Sphix's Macaw.

With around 200,000 objects, the museum's bird collection is the largest in Germany and is considered one of the most important ornithological collections in the world due to its richness of species and cultural-historical significance. The collection is used by researchers from all over the world and is an irreplaceable resource for finding answers to important questions of our time, especially due to its diversity, but also its historical value.