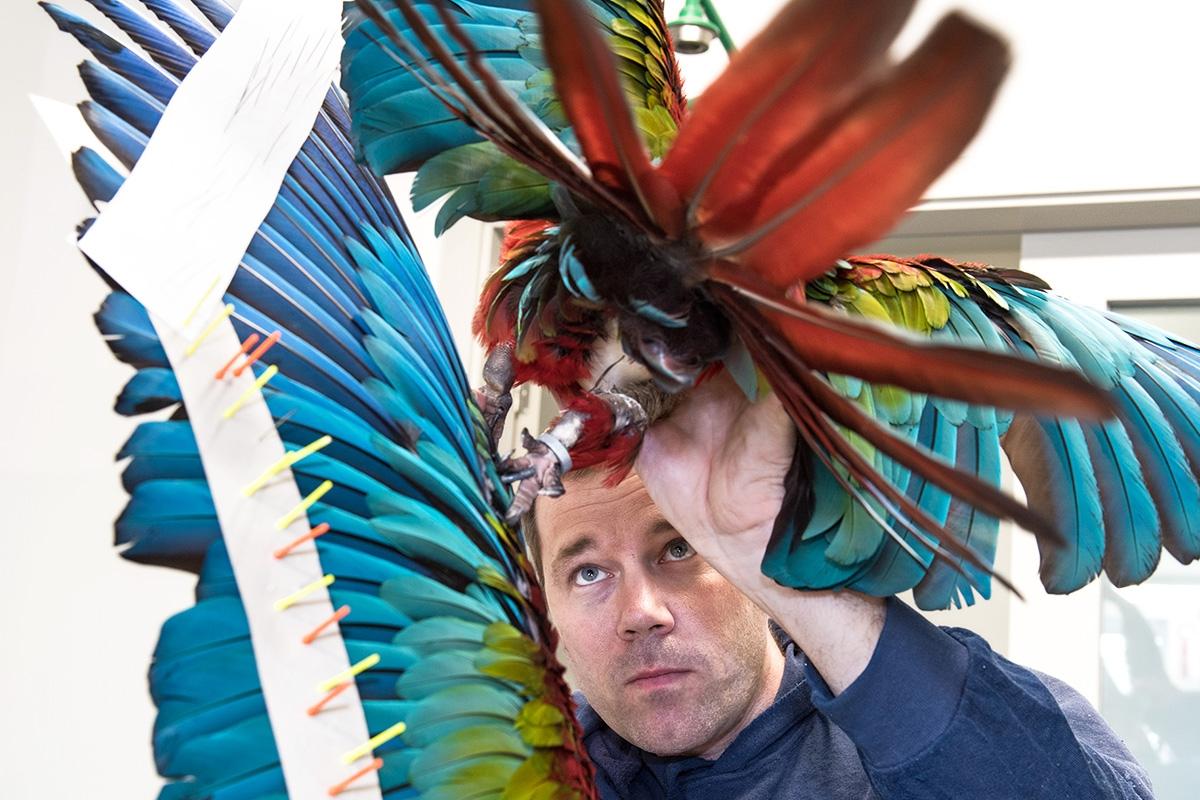 Robert Stein, taxidermist at the Museum für Naturkunde Berlin, is one of the three main protagonists of the new documentary film THE SECOND LIFE by Italian director Davide Gambino.

Robert, Maurizio and Christophe are world-class taxidermists. They work for the natural history museums in Berlin, Rome and Brussels. Their passion belongs to very different animals, which have one thing in common: They are endangered. With their artistry they make the dead appear alive and give them a voice. Their work is a sensitive plea for the protection of species.

The film not only brings the profession of the taxidermist to the audience, but also the vocation of these people; and it does so in a very emotional way with impressive pictures and a great love of detail. It illuminates the different facets and motives of people to deal with nature and to use it for nature.

The film will be shown as a world premiere at this year's online edition of the DOK.fest Munich. It is nominated for the kinokino Audience Award, donated by BR and 3sat.

The regular release of the film is planned for autumn by the distributor Real Fiction. A Berlin premiere is also planned in cooperation with the Museum für Naturkunde Berlin. More information will follow as soon as events can be scheduled again.

Further information will soon be available at www.realfictionfilme.de.

Further information on the film here.