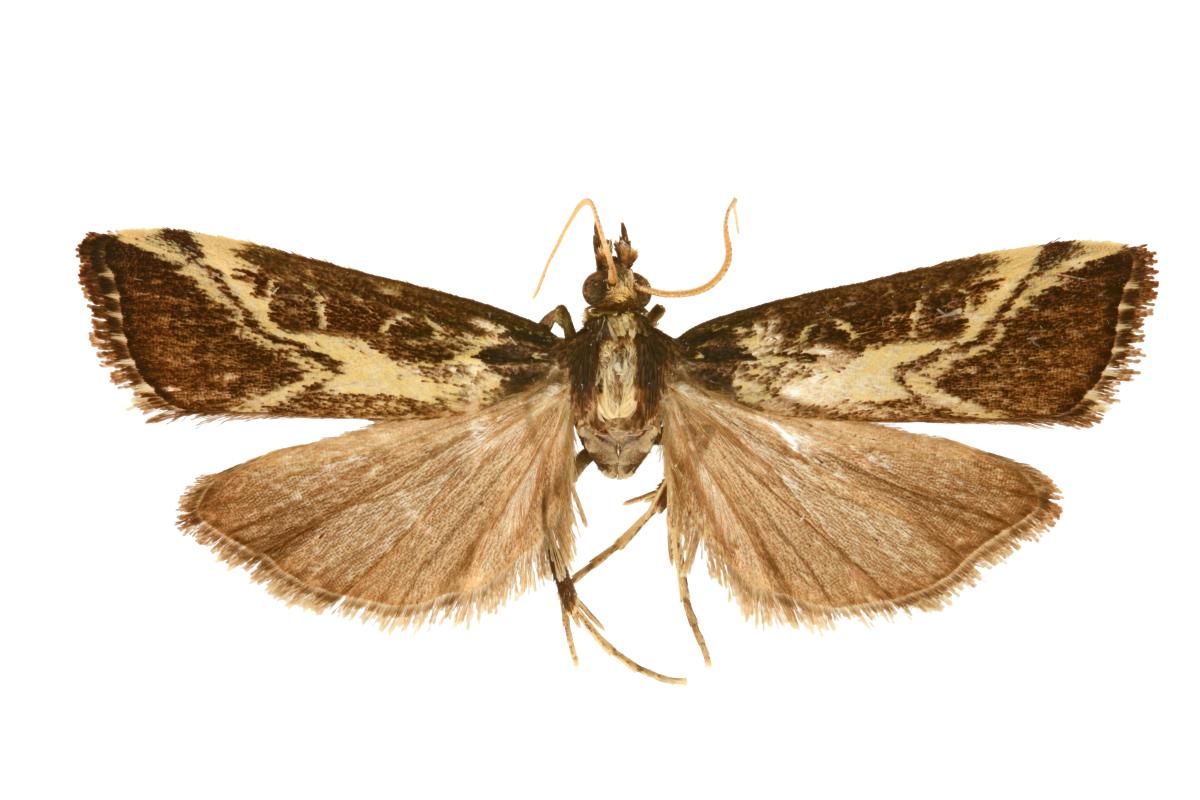 The "Centre for Integrative Biodiversity Discovery", founded at the Museum für Naturkunde Berlin, is dedicated to the recording, research and conservation of biodiversity as a priority scientific and social challenge. Collection and analysis of molecular and morphological data from museum specimens of the genus Hoploscopa led to the discovery and description of 26 new species by a team of researchers from the Museum für Naturkunde. Their results were published in the journal Zookeys.

While biodiversity experiences an unprecedented decline, it is estimated that we currently know 10 to 20% of all species worldwide. The recently founded “Center for Integrative Biodiversity Research” at the Museum aims at accelerating species discovery and description. Tropical regions are notoriously underexplored, and Lepidoptera − the butterflies and moths − are no exception, with thousands of species around the Equator awaiting discovery. While the tropical butterflies have already been very well researched and described, the less eye-catchy moths, which make 90% of the 140,000 Lepidoptera species described, comparatively suffered a lack of interest from early scientists. The genus Hoploscopa, which occurs in the mountains of Southeast Asia, reflects this situation well: 16 species were already described at the end of the 19th and beginning of the 20th century, but investigations of material from various museum collections reveals an estimated 70 undescribed species.

In the journal ZooKeys, a team of researchers with first author Théo Léger from the Museum für Naturkunde Berlin has now published descriptions for 26 new species. The authors of this study used morphological features and DNA barcodes to highlight new species from Borneo, New Guinea, the Philippines, Sulawesi and Sumatra, and redescribe the 16 species currently placed in the genus. While seven of the newly described species were collected in a recent expedition, the 19 other newly described species have long been part of the research collections of the Museum für Naturkunde Berlin and other natural history collections of London, Washington and Dresden. Although many of the specimens were collected in the middle of the 20th century, DNA could be successfully extracted and analysed. Analysis of the DNA dataset suggests a high degree of endemism in the region. At least another 40 species remain to be described from the collections.

Describing this biodiversity represents a priority scientific challenge. New methods such as high-throughput DNA analyses and artificial intelligence will soon complement the classical investigation methods and support an efficient recording of global biodiversity. Researching and preserving this biodiversity is not only an ethical obligation, but above all opens up the potential for sustainable use of this diversity in order to solve societal problems in an innovative way. The "Centre for Integrative Biodiversity Discovery" founded at the Museum für Naturkunde Berlin is taking up both the scientific and societal challenge.