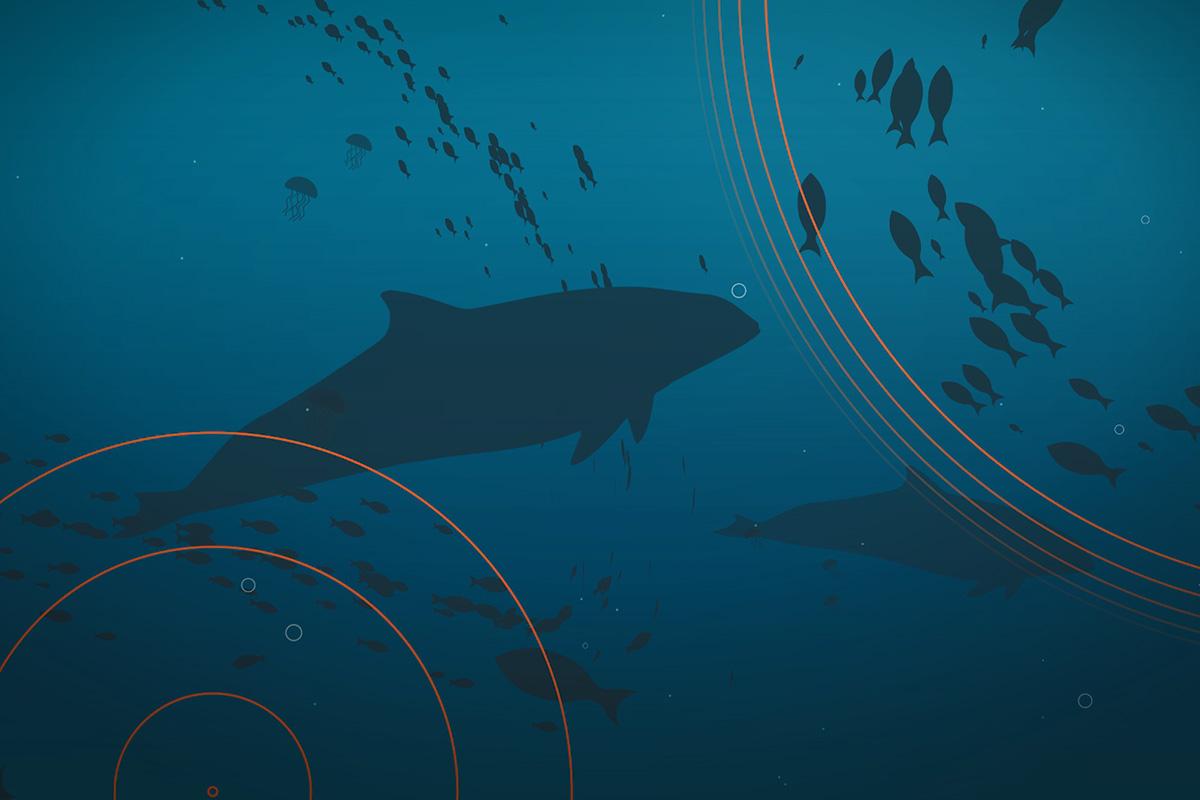 As part of the science communication of the international cooperation project Hearing in Penguins, the German Maritime Museum Stralsund publishes a knowledge clip about underwater noise in cooperation with the Museum für Naturkunde Berlin and the Federal Environment Agency.

Underwater noise concerns us all

The German Maritime Museum in Stralsund has been pointing out the problem of underwater noise at its OZEANEUM site for some time under the title "No noise underwater". It illustrates how the increasing artificial noise level threatens and destroys the habitat of marine animals. Many marine animals use sounds for searching for food and partners, for orientation, for communication or for protection from enemies. But marine animals are increasingly disturbed, harassed and injured by man-made noise.

The animated knowledge clip shows in an easily understandable way which sources of noise there are in the sea and why man-made noise is so threatening to the animals. At the same time, however, it also shows possible ways in which noise can be reduced considerably. “With the video we want to convey that noise in the sea is a serious problem that concerns everyone. Everyone is part of this problem. But the good thing is that through conscious behavior and sustainable decisions everyone can be part of the solution to the problem”, says project manager and bioacoustician Dr. Michael Dähne.

Research on the hearing ability of penguins

On 1 December 1959, the Antarctic Treaty was signed by twelve states and came into force on 23 June 1961. The agreement was made primarily to protect the region. The Antarctic may only be used peacefully, for example for research. Scientific, economic and tourism undertakings in the Antarctic originating in Germany must be approved by the Federal Environment Agency.

In the international project Hearing in Penguins, which is funded by the Federal Environment Agency with funds from the Federal Ministry for the Environment, Nature Conservation and Nuclear Safety (BMU), in which the hearing ability of penguins is examined, the researchers want to draw particular attention to the global problem of underwater noise. The aim is to provide information about the diverse effects on marine animals and thus to sensitize people to the topic.