Viruses: pathogens and accelerators of evolution? 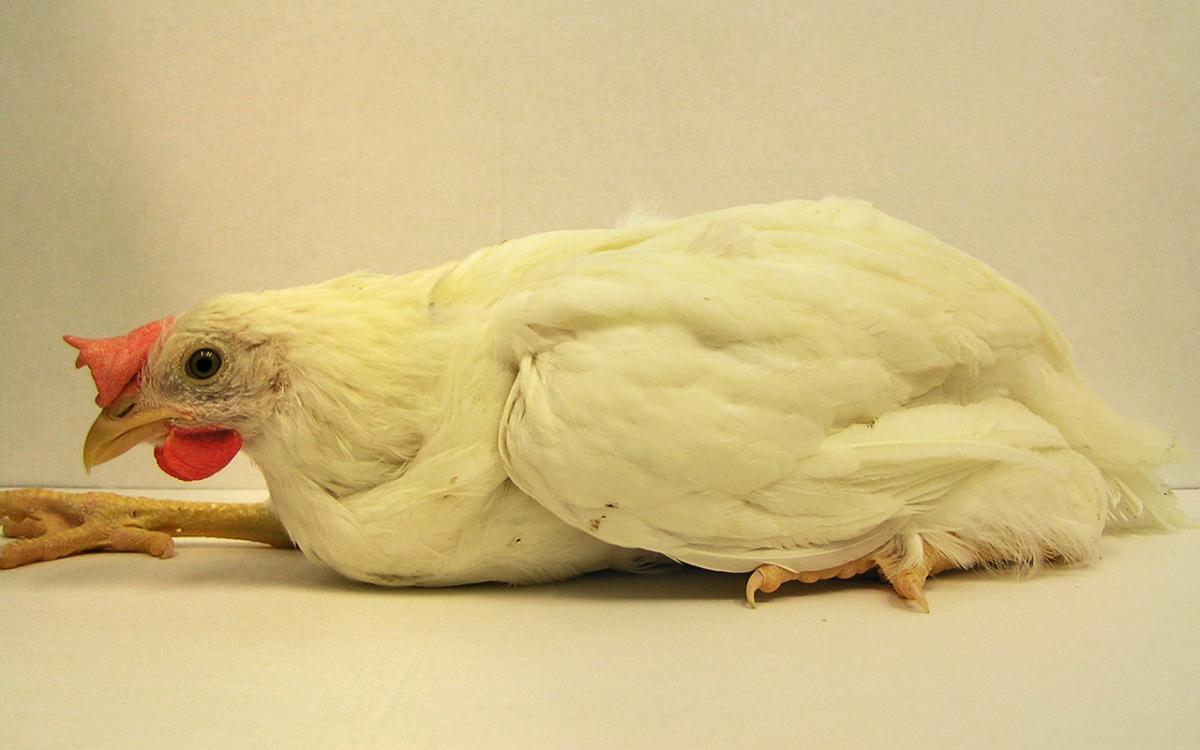 Viruses cause illness. But how exactly does that happen? Which diseases in humans and animals are caused by viruses behind? And which role do they play in evolution? After we asked about the origin of viruses in the first part – researchers at the Museum für Naturkunde Berlin have already detected viruses on a 289 million year old fossil –, the following article focuses on viruses as pathogens.

Why do viruses make people sick?

Viruses are insidious. Before they can infect cells, they must first enter the host. This happens, for example, via the mucous membranes of the flu virus, via bites of the rabies virus or via stings in the blood in the case of meningitis. Every cell has typical structures on its surface that serve for chemical communication between the cells. The virus therefore needs this structure to attach itself to the surface of the cell – just like a key fits into a lock – is then let in by the cell and is no longer recognised as an enemy.

Each type of virus can therefore only infect one specific cell. Once inside, the virus loses its envelope and the genetic material begins to make copies. This happens with the help of the host cell's metabolism. In the process, the protein synthesis apparatus of the living cells or organisms is converted and put to the service of its own reproduction. The host cell dies, the newly formed viruses get outside and can infect other living cells. However, the body has possibilities to defend itself against the virus by raising its temperature and strengthening its own defences. It releases proteins that inhibit the viruses from multiplying or fends off the viruses through certain cells of the immune system. A particular virus usually causes a very specific disease. There are probably also viruses that do not cause disease, but these are difficult to detect.

Which diseases are caused by viruses in humans and animals?

The list of infections caused by viruses is long. Diseases caused by viruses can be transmitted to other living beings, not only humans, but also animals and plants. In humans, these include childhood diseases such as chickenpox, measles and polio, but also AIDS, herpes, SARS and Ebola. Dengue and yellow fever viruses that transmit mosquitoes. 95% of infections of the upper respiratory tract in humans involve viruses, mainly rhino and influenza viruses, but also corona viruses. Viruses can also cause malignant tumours in humans and animals, e.g. leukaemia in humans and poultry.

In Europe, there are about 100 major virus-related diseases in farm animals. Of particular importance are foot-and-mouth disease in cattle, swine and avian influenza and rabies, which can affect all warm-blooded animals, including bats. Cat cold, which is well known in pets, is caused by herpes viruses. Elephants and chickens also suffer from smallpox. Butterfly larvae are attacked by polyhedron viruses.

Insect-virus epidemics, especially of diptera, beetles and butterflies, often occur in nature during mass reproduction. On the one hand, they are desirable if they prevent mass reproduction by harmful insects. On the other hand they are feared if they attack beneficial insects such as the honey bee. Bee paralysis, for example, manifests itself in trembling limbs, paralysis and bloated abdomen. Another virus causes sack brood in honey bees, which particularly affects young maggots. The pathogen nests in muscles and nerve cells, the maggots discolour. A sack filled with liquid develops on the buttocks. The maggot can be pulled out of the honeycomb and decays.

What viral diseases are there in plants?

In Europe alone there are about 1000 known virus-related diseases in plants. Every gardener despairs of the ring or spot-like blackening of rose leaves caused by the rose-strike virus. Hardly any useful plant is spared, be it cucumber, tomato, peas or beans. Economically significant are yield losses due to smaller fruits, fewer ingredients and depreciation in value due to the external appearance up to total crop failure. Added to this are the costs of preventive measures such as breeding resistant varieties and soil decontamination.

Particularly well-known are virus-related yield losses in tomatoes (mosaic disease), potatoes (leaf roll viruses) and sugar beet (yellowing viruses). The Sharka virus has attacked millions of plum, peach and apricot trees. Virus-induced crop failures in rice are known from tropical countries. Millions of citrus trees have been attacked by the citrus tristeza virus. Millions of cacao trees have already had to be cleared due to infestation with the sprout swelling virus. In banana and sugar cane plantations, huge losses are caused by banana-bunchy-top viruses and sugar cane mosaic viruses. Coconut trees fall victim to the Cadang-Cadang virus.

Evolutionary biology from the perspective of the virus

What happened during the Cold War – namely a mutual arms race – has been practiced by viruses for millions of years.  For it cannot be the virus' intention to kill the host - that would be the end. Therefore, in the course of evolutionary interactions, there are mutual adaptations, further developments and again adaptations. Sometimes a large number and variety of hosts are available, as is the case with rabies, for example, which can infect many warm-blooded animals. Or the host becomes more resistant. Or the virus is not as aggressive as the common cold virus, for example.

Some viruses also make themselves comfortable in the host for a long time – like the herpes virus. If the virus enters the germ cells, it is transmitted to the new organism and the virus is thus part of the genome and "immortal", provided the virus is not so aggressive that the species dies out. The researchers were able to prove that viruses have accelerated evolution enormously. Some see viruses as the engine of evolution, in which viruses have contributed to the exchange of genetic material from the beginning hundreds of millions of years ago.

Why are viruses detectable in the human genome?

Almost half of the human genome consists of mutilated virus genes, which can still be detected today. Some are hundreds of millions of years old, much older than Homo sapiens. So germ cells must have been repeatedly infected with viruses in primeval times and then passed on from generation to generation. In 2006, the French virologist Thierry Heidmann reconstructed an intact viral genome from 50 million year old virus residues in the human genome and thus produced viruses that were capable of replication.