"We can experiment": Johannes Vogel in a ZEIT interview 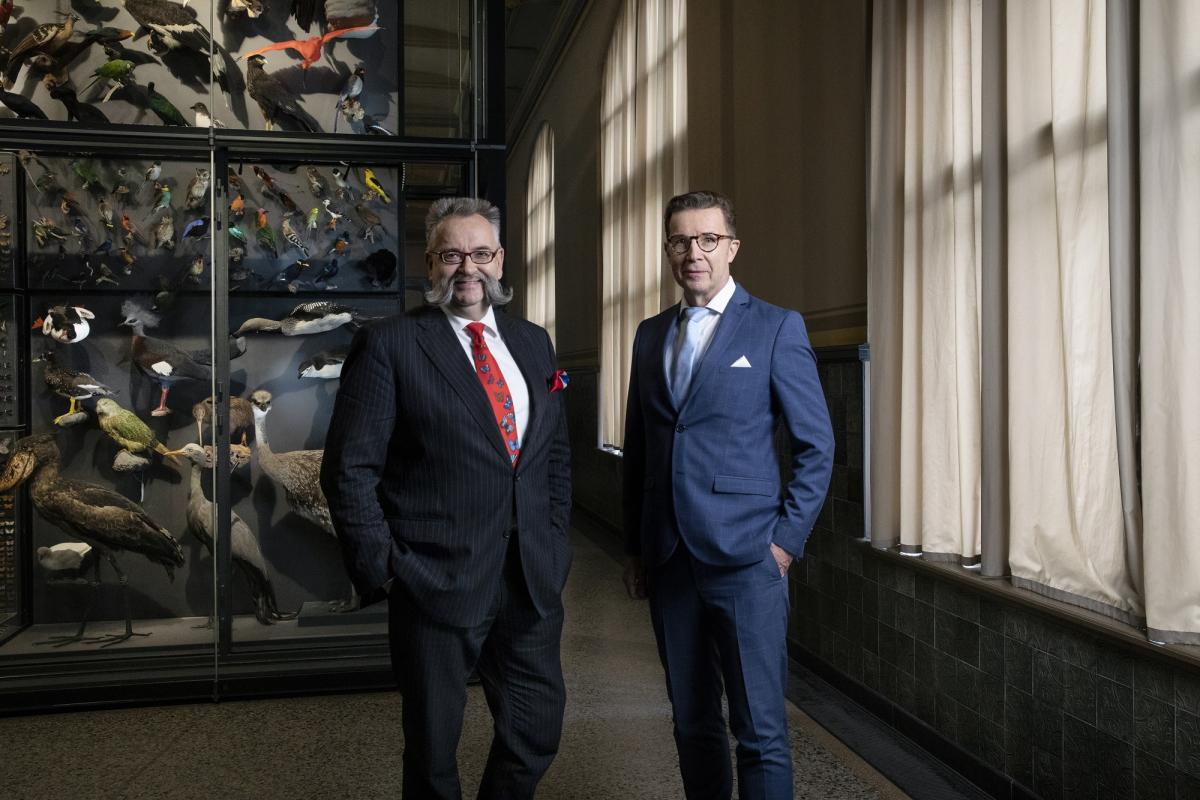 Since 2012, the botanist Johannes Vogel has been general director of the Museum of Natural History in Berlin, which was evaluated last year by an international expert commission. The museum was certified as a "source of inspiration for the German museum landscape". As a result, the Bundestag and the Berlin House of Representatives decided to support the museum with 660 million euros for ten years. For DIE ZEIT magazine, after Science Council's very critical assessment of the state of the State Art Museums in Berlin, a comparison came to mind. Read the interview here.

DIE ZEIT: Mr Vogel, what makes your museum different from the others?

Johannes Vogel: We have had a clear overall concept since 2004. The museum wants to tell "science in stories for adults". When Stephan Junker as managing director and I started here in 2011/12, we deepened this programme and focused on the younger target group. In 2019 we had over 50 percent young adults as visitors for the first time.

Johannes Vogel: Fifteen years – or four legislative periods in cultural policy terms. And that was, I would say, fast. What matters most is the internal culture of the building. The majority of the employees are willing to help shape the journey.

DIE ZEIT: How have you changed the internal culture?

Johannes Vogel: We took care of our people. In the first seven years we trained a third of them further and gave them new tasks. But the first thing was to formulate a strategy together. The house gave itself this strategy in an eight-month bottom-up process. Only then did we turn to politics. We manage to attract 60,000 people a year to our evening events and discussions. We offer programmes practically from nine in the morning to 11 PM.

DIE ZEIT: Can your experiences be transferred?

Johannes Vogel: I firmly believe that there are people working in our cultural organisations who want to work there. That is the greatest motivation one could wish for, and the potential of these people can be released and enhanced.

Johannes Vogel: No. I worked as an executive in London for 20 years. I can see today what mistakes I have made. I was not squeamish about people back then. This led to an evaluation in London in 2007, which praised the progress my department had made in terms of what counts for science. But it also said that there was no sense of community – and that much of the museum's potential could not be realised, therefore. And then I had to personally 'shed my skin', completely.

DIE ZEIT: What was the situation in Berlin like?

And when you tell them: "We can experiment together for once", then you can start. We have practiced this to the right extent with the company.

DIE ZEIT: What do you think of clear and quantifiable target agreements?

Johannes Vogel: The path always zigzags. You arrive somewhere, but not exactly where you originally wanted to go. When you arrive roughly in the area of your goal, the axis of time and performance has shifted again. You are back to zero, only x years later.

DIE ZEIT: But not at zero as before.

Johannes Vogel: That's what I call emergent: To have any chance at all of getting back to the new zero, you have to mobilize everything.

DIE ZEIT: What else is necessary?

Johannes Vogel: The structure is like this: Here is the institute, it is headed by a foundation board, next to it is a scientific advisory board. Every year we have to submit a programme budget, in which I define the museum's goals for three years in advance, for which the money then comes from federal and state funding. The constant negotiation in this structure is not a bad training.

DIE ZEIT: Where do you stand with the museum now?

Johannes Vogel: We have a ten-year plan in front of us, which I will work out with clever people from all over the world and with the funding agencies. In the first evaluation in 2012, our museum was measured only by its scientific quality. In 2019 we were then evaluated as an integrated research museum: Basic research, infrastructure development, transfer to politics and society.

DIE ZEIT: What does that mean now?

Johannes Vogel: We now have a completely different responsibility. The evaluation says: You are a globally visible role model for research museums, and you have received an infinitely large sum of money. And further: as the Commission, we also support the plan behind this money! That is an important point.

An international commission honours the decision of the Bundestag and the Chamber of Deputies. In a knowledge nation like Germany, such a process of international confirmation is of great importance.

DIE ZEIT: Many ideas are now being voiced about the Prussian Cultural Heritage Foundation. One is to take London as a model. Is that the solution?

Johannes Vogel: I worked in London at a museum that required admission for ten years and then none for ten years. We in Berlin take admission. The thing is, you can get in here as a family of five for 15 euros and see everything. In London you can see a lot of things, but not the really exciting exhibitions, for which you can't even get a ticket for one for 15 euros. This is not a free entrance anymore. The British museums have, also due to the pressure of the state, become strongly dependent on the streams of visitors.

DIE ZEIT: Is that bad?

Johannes Vogel: Visitors are forced to consume more and more. Where there used to be one shop, there are now dozens. Between 2001 and 2019, the number of visitors to the Natural History Museum in London almost tripled, from 1.8 million to 5.5 million, including the accompanying commercial success. In our museum, the numbers increased proportionally even more in the same period. We started at approximately 200,000 and now we have 800,000 visitors. And we have succeeded in getting two percent of Berlin's adult population to come to us for dialogue events. That is a completely different quality of interaction. It creates resonance and relationship.

DIE ZEIT: Is this what a museum for society looks like?

Johannes Vogel: If you want to build a relationship with people, you can't do that by selling rubber toys. You have to be anchored differently as a museum. That is also part of our future plan. We want to find ways, not only how we invite people to our house, but also how we get to the people. Nature concerns us all. So we have to start a dialogue about how we use nature. This museum is now in exactly the right place for this, and that is what the evaluation committee has reflected back to us.

The interview was conducted by Thomas E. Schmidt, Die Zeit