The Museum and its History 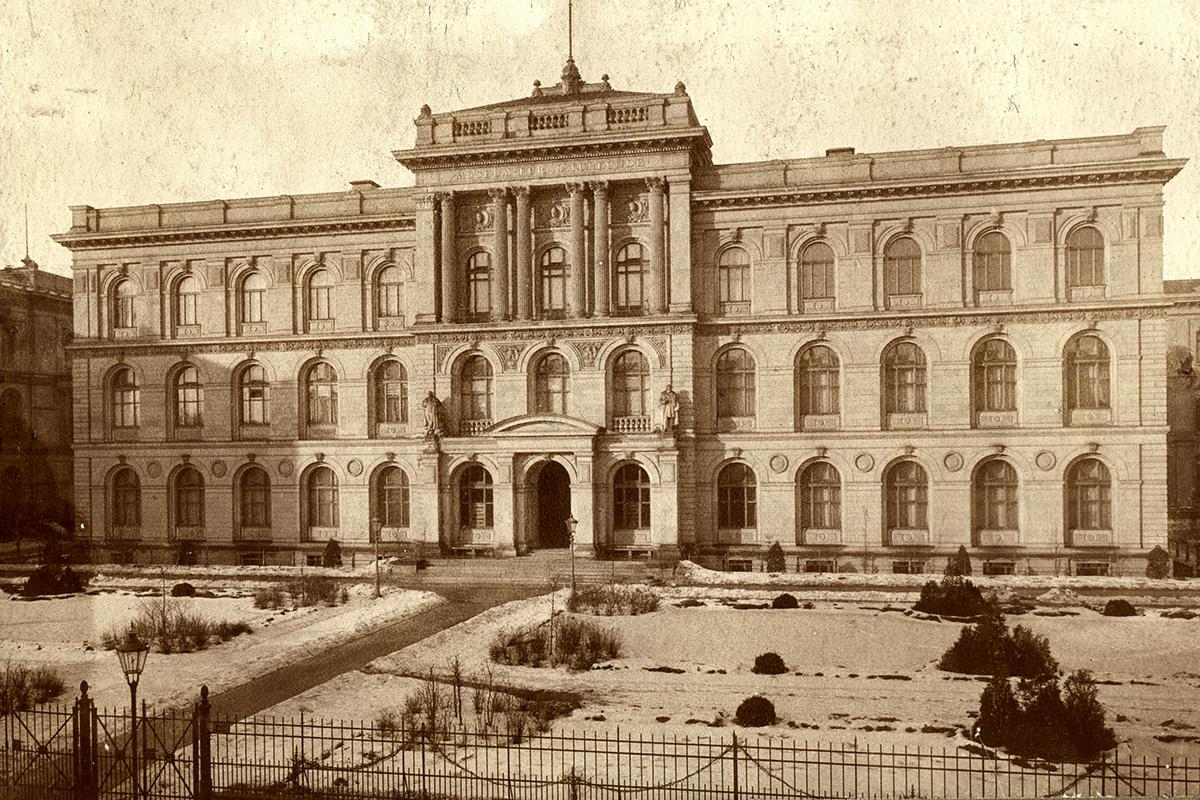 The Museum für Naturkunde Berlin has a long and eventful history – it has seen days of glory and survived crises. The collections that were brought together over more than two centuries from all over the world created a treasure trove of knowledge. They have become the basis for the Museum’s multidisciplinary research and an invaluable archive of geological and biological history.

The Museum is a merger of three museums that came into being in 1810 when Berlin’s Friedrich-Wilhelms-Universität Unter den Linden was founded:

Their stock became the foundation of the collections that continually expanded through donations, purchases and finds from expeditions. By 1880, the collections filled two thirds of the University’s main building so that a new building that could house all three collection had to be erected. On December 2nd 1889, the Emperor Wilhelm II officially opened the new museum in Invalidenstraße. It was supposed to become the hub of a new agglomeration of institutes and museums dedicated to science and technology. Contrary to the initial plans, not all collections became accessible to the public, but they were separated into a display collection and a main collection. This was a revolutionary idea at the time which was then imitated everywhere.

In the 1930s, the dinosaur bones from the great Tendaguru expedition arrived and were assembled to skeletons that went on display in the atrium. However, the Second World War brought further changes to a sudden, brutal end.

During the war, the East Wing of the building was all but destroyed. However, the majority of specimens – 75% of the collection – could be saved. Once the war had ended, the Museum für Naturkunde was the first museum in Berlin to reopen its gates, on September 16th 1945.

The first years after the war were dominated by efforts to keep the collections safe and repair the building. New permanent exhibitions were established and research expeditions to Cuba, Mongolia and the Soviet Union undertaken, while visits from representatives of Western countries remained the exception. After the fall of the Berlin wall and reunification in 1989/90, the Museum was first restructured into three Institutes for Mineralogy, Palaeontology and Systematic Zoology.

The building was refurbished and modernised. Roofs and parts of the facade were repaired and new laboratory tracts created.

In 2006, the Museum was reorganised into Departments of Research, Collections and Exhibitions and Education Outreach. In July 2007, funding by the Deutsche Klassenlotterie Berlin Foundation and the European Union (EFRE) allowed us to refurbish four halls and open the new exhibitions The World of Dinosaurs, Evolution in Action, System Earth and the Cosmos and Solar System. Due to its significance beyond the region, a law was passed that transformed the Museum für Naturkunde Berlin into a Foundation under public law on January 1st 2009, and it was accepted as a member of the Leibniz Association.

In September 2010, the Museum für Naturkunde Berlin celebrated its 200th anniversary. This was the occasion for an anniversary exhibition entitled Class, Order, Species, and the rebuilt East Wing that houses research collections was opened.

In 2012, the Museum was evaluated in connection with quality management procedures within the Leibniz Association. At the same time, staff at the Museum developed a vision and strategy for the future of the Museum until 2020. “As a research museum of excellence and an innovative communicator, we help to shape the scientific and public debate on the future of our planet – worldwide.“ This is the Museum’s vision, and with this view of itself, the Museum has undertaken to promote the public understanding of science, making scientific content accessible to the public at large. Our exhibitions have become, more than ever before, the interface between science, research and the public.