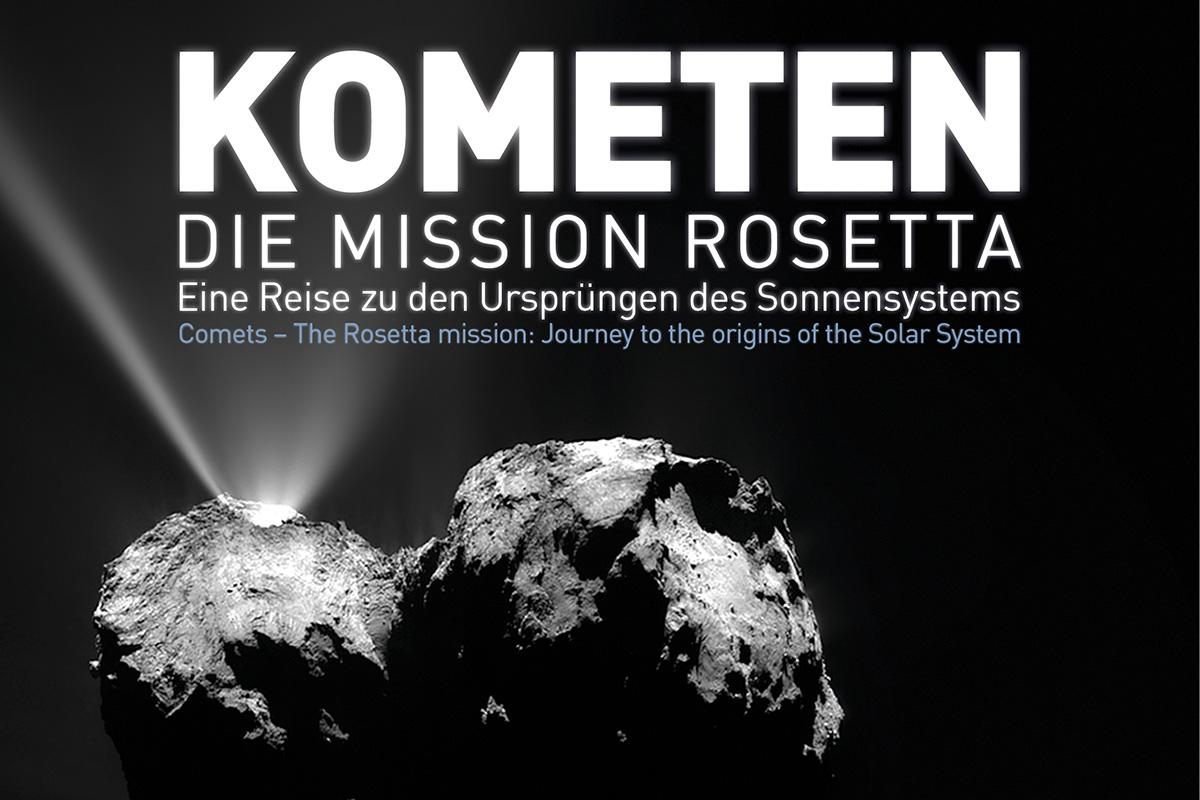 The Rosetta mission – journey to the origins of the solar system

Coming from the depths of the solar system, far beyond the planets, comets are extraordinary bodies that can be quite spectacular and yet very little research has been done on them. They are black lumps of dust and ice – as old as the solar system itself. Do they hold the key to the early history of our home in the cosmos? Did the water of our oceans arrive on planet Earth with the ice of comets? Did the hydrocarbon molecules from comets become the primeval building blocks of life on Earth?

These are the questions the European space mission Rosetta was trying to answer. After ten years of travel, it reached the comet 67P/Churyumov-Gerasimenko, where the small probe Philae landed at the end of 2014 – a fantastic scientific adventure and a major project in space aviation. The German Aerospace Center (DLR) cooperates with the Museum für Naturkunde and the Max-Planck Society to take you on a journey to the origin of the solar system.