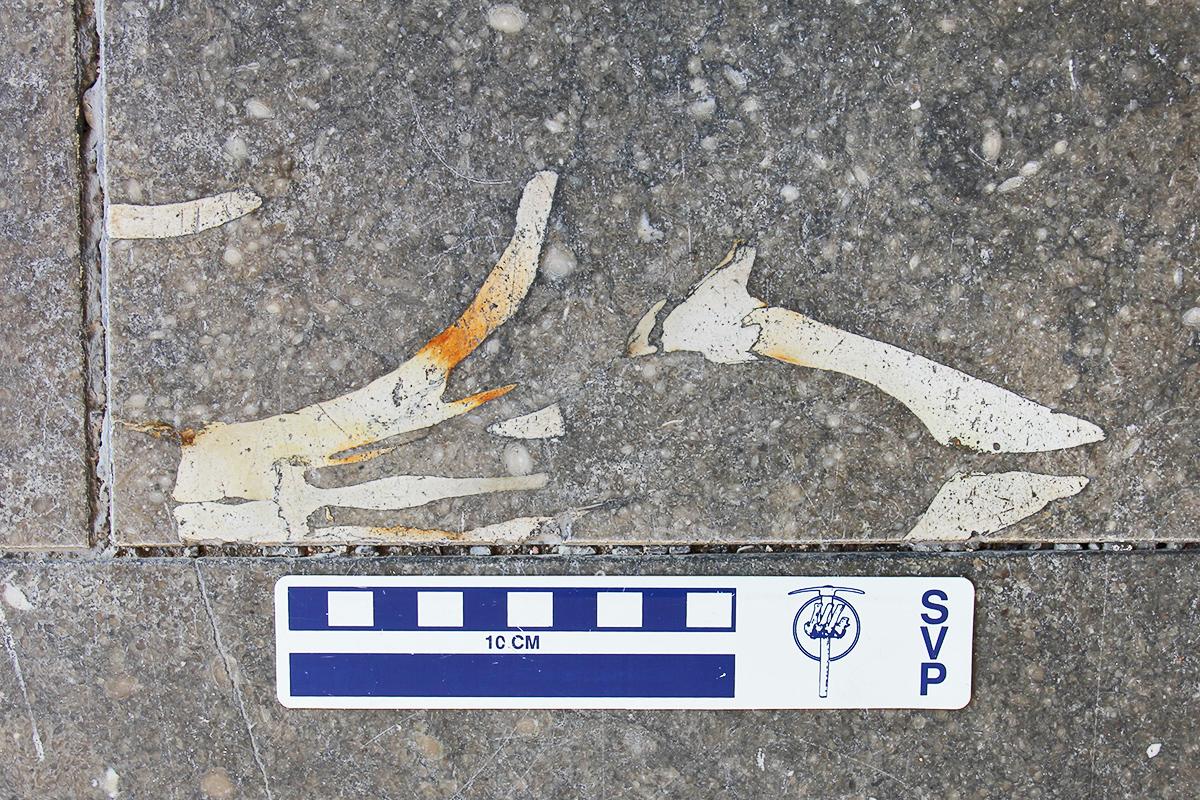 In 2015, skeletal remains of an ancient sea cow where found embedded in the pavement of the city Girona (Catalonia, Spain) and raised the attention of two marine mammal specialists from the Museum für Naturkunde in Berlin (MfN). Manja Voss and Oliver Hampe went to Girona in November 2015 for first investigations of this spectacular finding and arranged the excavation of the fossil-bearing pavement plates together with the mayoralty of Girona and the geologists Roger Mata and Jordi Ferrer. In this year’s June, Voss and Hampe returned to Girona in order to CT-scan the now isolated pavement plates at the Clinica Girona in cooperation with Dr. Joan Carles Vilanova.

The sea cow remains in the pavement were extracted from approximately 40 Ma old limestones in a quarry near Sant Vicenç (Catalonia, Spain) and represent one of the oldest sirenian finds in Europe making it a unique opportunity to enhance our knowledge on the evolution and diversity of this marine mammal group that arose about 50 Ma ago. Besides some elements of ribs and vertebrae, this specimen is preserved with a partial skull cut into two transversal sections distributed on two plates. By applying CT-scanning, the scientists from the MfN aim at piecing the different sections together in order to obtain a more complete and three-dimensional view of the skull and hence to gain valuable morphological information useful for the identification of this specimen. One question for example is, whether this individual represents an adult or a juvenile animal. Since there is at least one coeval sirenian species known from the Catalonian area, the “Girona sea cow” might be a representative of this species. However, there is also a possibility to identify a new species. The evaluation of morphological characters like the dental formula and particularities of specific skull bones will help to answer those questions in the near future.

While the limestones used to build up the city of Girona are enriched by fossils and it is quite common to identify, for example, bivalves and gastropods in there, but finding a marine mammal on which thousands of people walked over for several years, is some kind of peculiarity. Thus, the “Girona sea cow” also attracted the local and national press and Voss and Hampe gave interviews to also let the public know about this fascinating fossil.

The research project was funded by the Innovation Fonds of the Museum für Naturkunde Berlin.