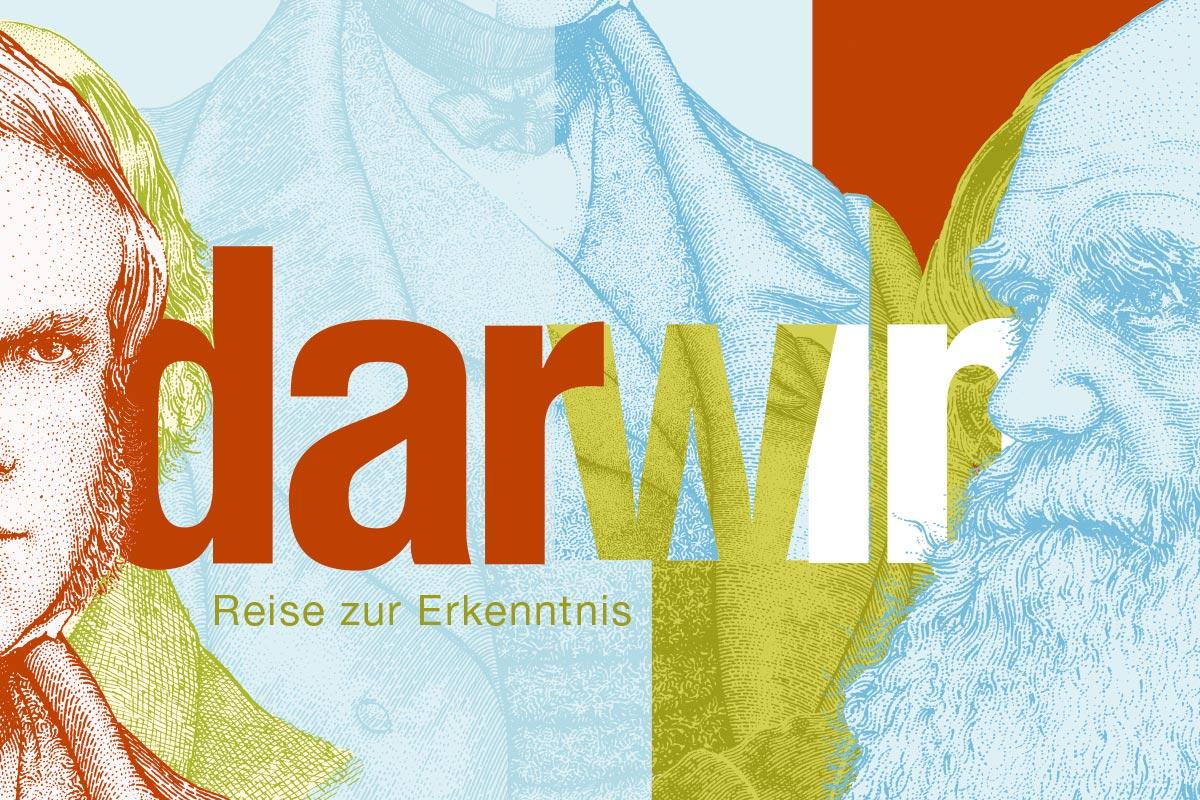 2009 marked the great Darwin’s double anniversary – his 200th birthday and the 150 year anniversary of “On the Origin of Species”. The Museum für Naturkunde celebrated the occasion with the special exhibition “Darwin – Reise zur Erkenntnis” (Darwin – a Journey towards Insight)

Approximately 700 m² were dedicated to the exhibition, which was divided into two parts – one more or less biographical part that was integrated into our evolution-themed permanent exhibition, and another part devoted to the voyage of the Beagle.

Although Charles Darwin later achieved celebrity status, the young naturalist who embarked on his adventurous voyage is less well known. The original sources – records, diaries and correspondence – have been very well researched. The exhibition used them extensively – the entire text consisted of quotations from Darwin himself or his entourage. The main objective was to create an image of this young researcher, of Charles Darwin as a person. In a stylized ship’s hull, only animal species that Darwin verifiably collected on his voyage are shown alongside the quotations. True to its principle of showing originals wherever possible, the Museum displayed some samples from its collection that had been collected by Darwin during the Beagle voyage.