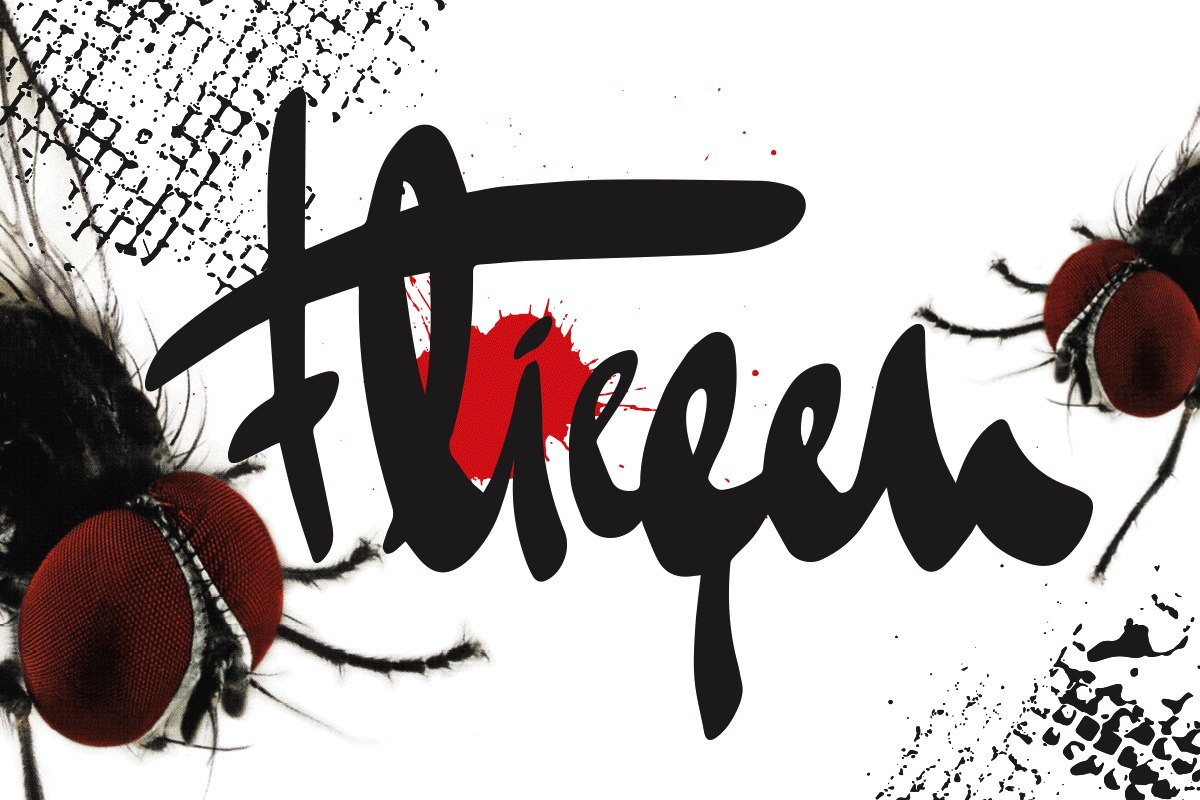 Flies – You think you know these little beasts that intrude so impertinently everywhere. How could anyone be interested in these hateful creatures unless it was to get rid of them? The fight against flies has a long history. You can read about household remedies for the uninvited guests in the larder or cowshed even in old books of spells and recipe collections. After all, they settled on every patch of land, even under extreme conditions – the most arid deserts, the highest mountains, saline soil as well as peat bogs.

With the exception of the few blood-sucking and the insect-predatory species, adult dipterans have a preference for flowers, very ripe fruit, decaying food and other matter, such as rotting plants or dead animals. Thereby, they serve as a natural "cleaning-army" with priceless services for the environment. Also forensic entomology uses its knowledge of the life cycles of such necrophagous (i.e. corpse-eating) insects to help with murder investigations. In general one can say that their lifestyle and life-cycle bears many surprises for us that are often priceless. Even though parasitoid animals make us think with aversion of -for example- transmittable diseases, this lifestyle of many families of flies helps is useful for us as biological pest control.  Using parasites, parasitoids or predators – the natural enemies of the organisms causing damage to crops or humans – as allies in pest control helps reduce the need for chemical pesticides, which often have detrimental side effects. Especially gourmets should be fans of dipterans as the small truffle fly Suillia tuberiperda helps them reliably to find the precious delicacy.

Dipterans reveal an amazing diversity and deserve closer attention. Flies are also beautiful, intelligent and fascinating in their way of life - who among us can walk upside down on the ceiling? With “FLIES” we show a new special exhibition that may convince you that dipterans are not only an annoying nuisance, but are also largely misunderstood and underestimated contemporaries. Reach a verdict yourself.

With approximately 1,000 visitors we celebrated the opening of the new exhibition "FLY“ on 15.08.2014 in the Museum of Natural History.

“FLIES” is an exhibition of the Muséum d'Histoire Naturelle de Neuchâtel and the Museum für Naturkunde.