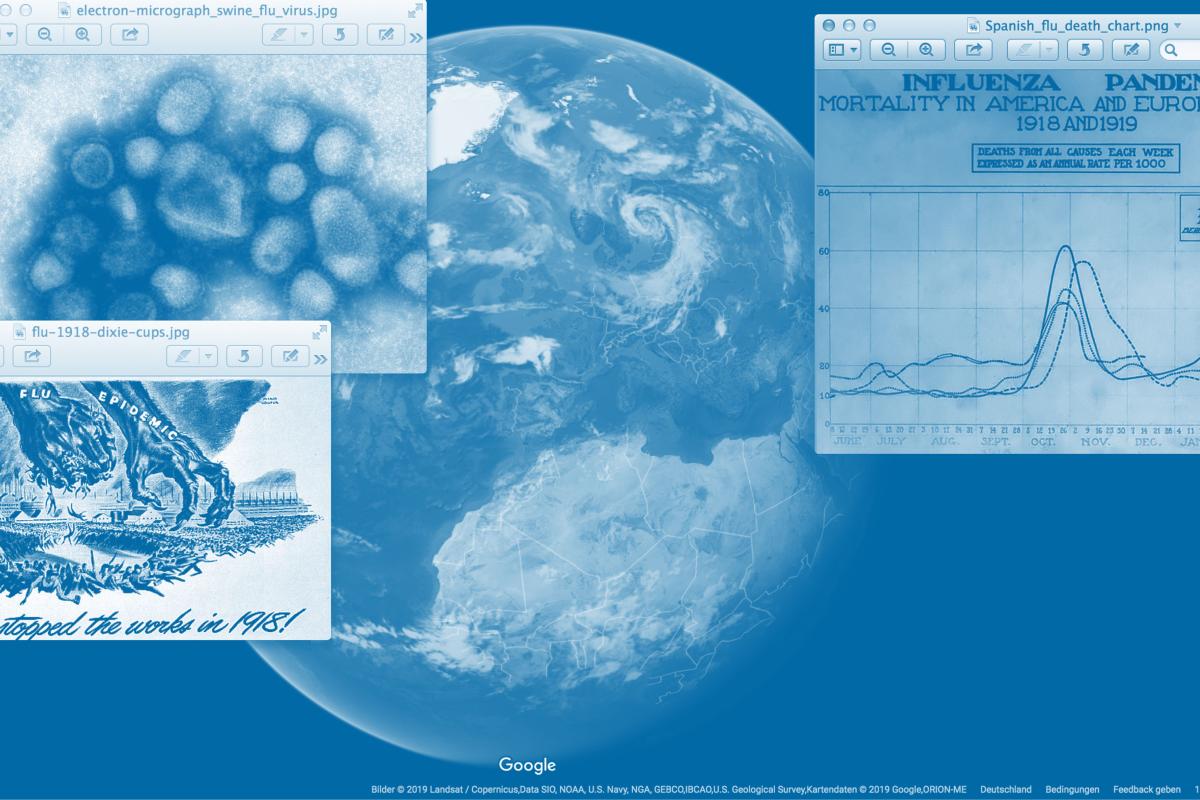 Together with artists, scientists and citizens, KOEXISTENZ, as part of the Contagious Cities project developed by the Wellcome Trust, would like to initiate a new debate on the relationships between humans, animals and viruses. The artist Sybille Neumeyer, the scientists Terry Jones and the anthropologist Tahani Nadim discuss together with our visitors social, cultural and scientific aspects of epidemics and viruses.

Sybille Neumeyer's artistic tour "Voicing encounters - a narrative cartography of virus" is part of KOEXISTENZ. Terry Jones works at the Institute of Virology of the Charité Berlin. Tahani Nadim is junior professor at the Institute for European Ethnology of the Humboldt-Universität zu Berlin in a joint appointment with the Museum für Naturkunde Berlin.

Participation free of charge (incl. free admission to the museum, list of participants available at the ticket offices)