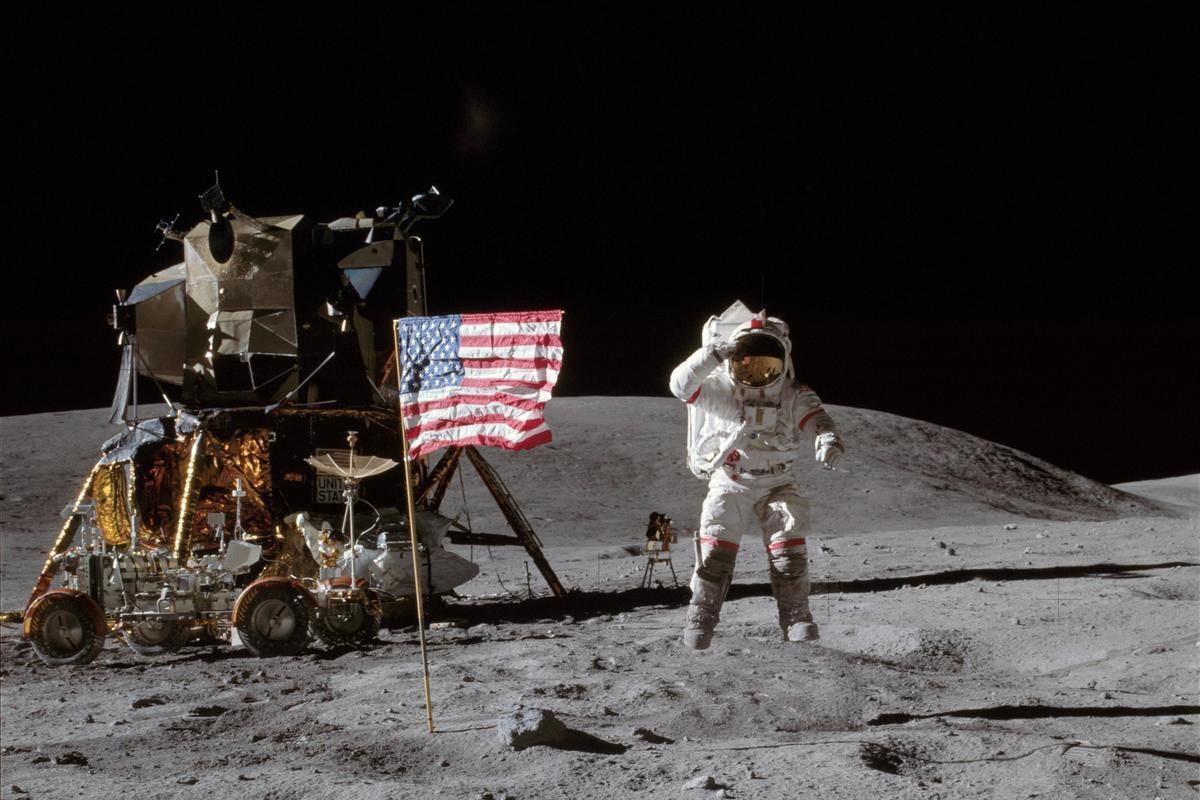 On July 20, 2019, half a century ago, Neil Armstrong was the first man who walked on the moon. He and his colleagues Edwin "Buzz" Aldrin and Michael Collins started their journey on July 16, 1969 with the Apollo 11 to the moon 380,000 kilometers away. 600 million people worldwide watched that event live on television or radio and thus witnessed the climax of the "competition to the moon" which the USA and the Soviet Union had been facing since the beginning of the 1960s.

Until today the moon is an important component within the research for the emergence of Earth. With a multitude of craters and rocks, it serves as a reference for impact events that took place on Earth in the same period od time, but are no longer visible. The moon samples and scientific findings of the Apollo missions are therefore still of great importance for science today.
The multitude of worldwide existing moon samples are the subject of geological, mineralogical and physical research on the formation of the planetary system. Scientists of the Museum für Naturkunde Berlin analyse meteorites, observe craters on planetary surfaces and create computer simulations. They work closely together in a network financed by the German Research Foundation (DFG), which also includes the Freie Universität zu Berlin, the Technische Universität Berlin, the Westfälische Wilhelms-Universität Münster and the German Aerospace Center.

With friendly support of: