The Cosmos and the Solar System 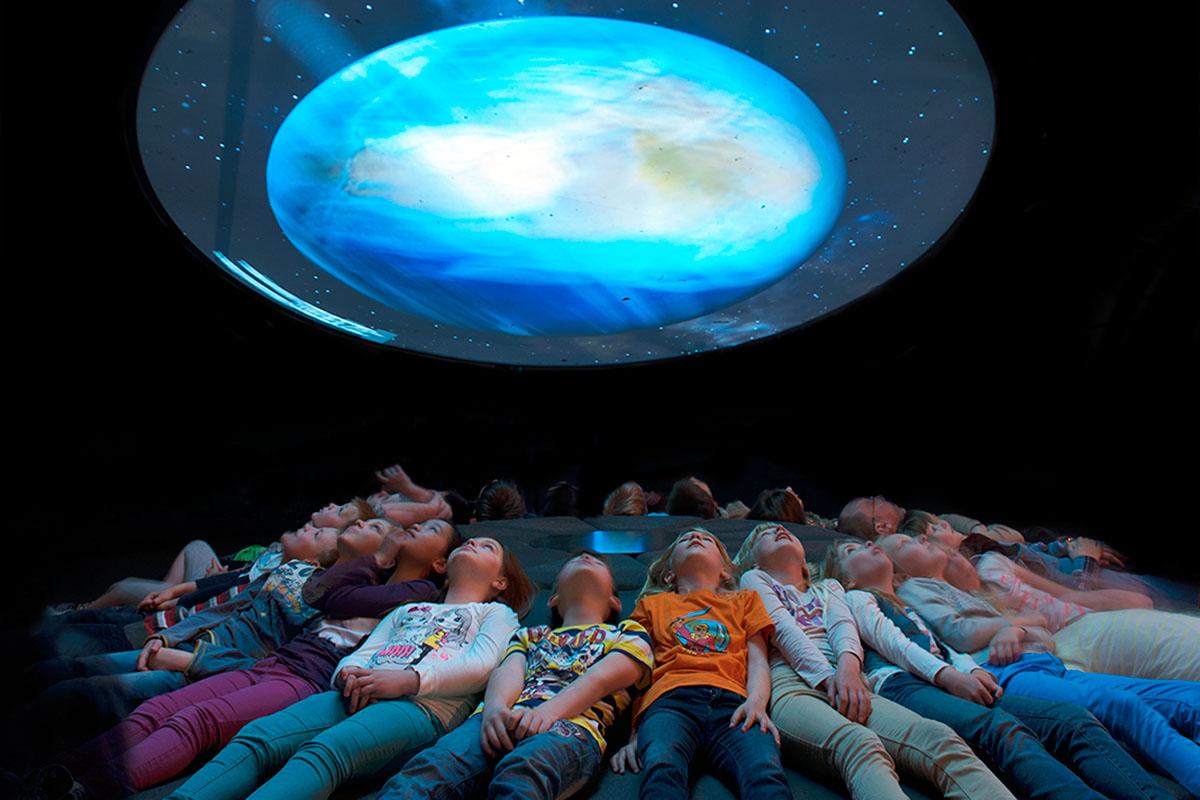 How did the universe and the solar system evolve? What happens inside stars? How long will our sun and the Earth still exist?

The exhibition takes visitors on a voyage through space and time to the origins of the solar system. It allows insights into how, where and when matter emerged, which, ultimately, was the prerequisite for the evolution of the Earth and life on it.

A gigantic explosion – the Big Bang – 13.7 billion years ago led to the formation of elementary particles, then atoms, the basic components of matter. Ever since, the universe has been expanding. The first stars and galaxies emerged from compounded matter.

Meteorites are ancient messengers of the solar system, 4.5 to 4.6 billion years old. They witnessed the formation of our planets. Their composition allows researchers to draw conclusions on the history of our planetary system. The Museum für Naturkunde owns the largest collection of meteorites in Germany. It is the focus of major research activities at the Museum. The exhibition shows a selection of these valuable pieces.

A Voyage into the Universe

Take a seat on our comfortable reclining island and let us take you on a fascinating journey through time and space – from the Big Bang to the present. A mobile sky projection disc floats in the 12 metre-high stairwell of the Museum, introducing visitors to the history of the universe. The multimedia show explains the formation of the universe and the Earth and briefly introduces all other planets of the solar system – Mercury, Venus, Mars, Jupiter, Saturn, Uranus, Neptune, and, of course, the sun itself. 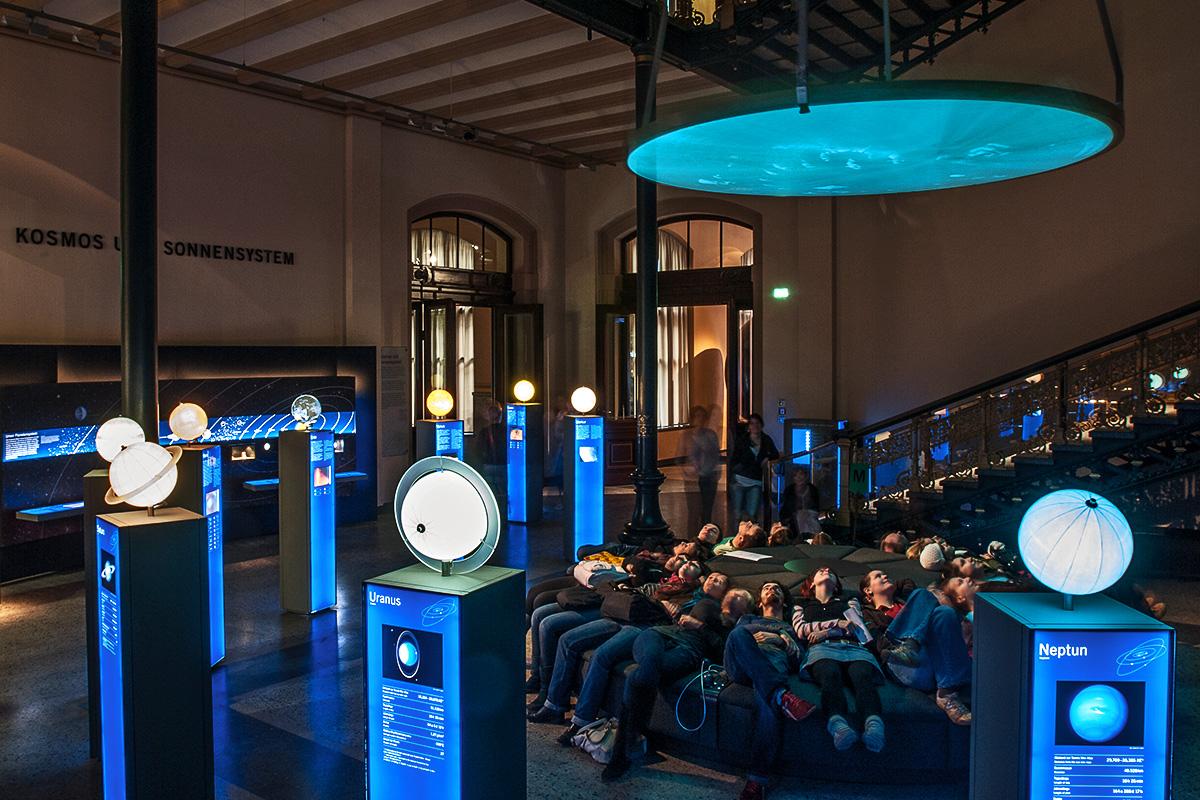 Meteorites are rock or metal lumps that have come from the cosmos, travelled through the Earth’s atmosphere and fallen onto the ground. Every year, approximately 40,000 tonnes of cosmic matter fall onto the Earth – most of it no larger than a speck of dust. Larger meteorite impacts are very rare. 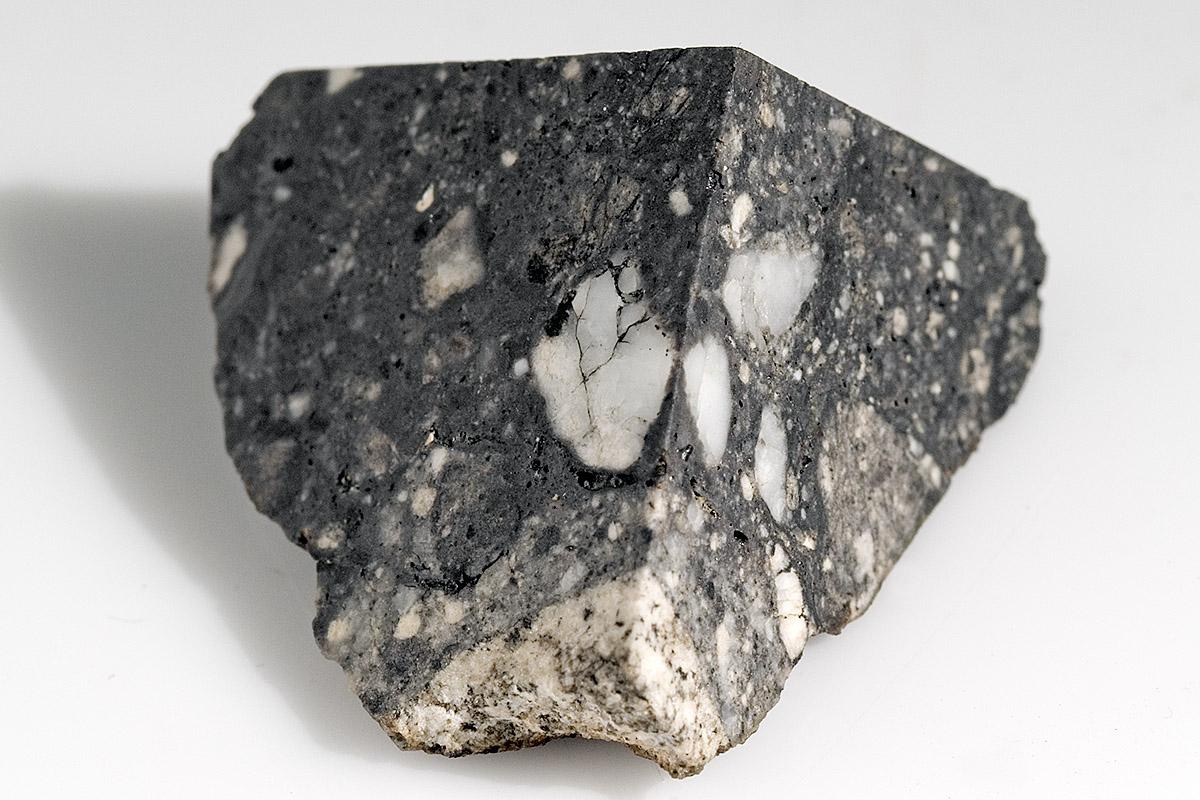 Are rocks from Mars actually red? To date, no spaceship has ever brought rock material back to Earth from Mars. The only material from Mars that can be studied are meteorites that were catapulted from the planet’s surface by a massive asteroid impact.

Asteroid impacts on the surface of Mars were so powerful that the dislodged meteorites reached a speed of 18,000 km/h and overcame the gravitational field of the planet. On their trajectory through space, they were caught by the Earth’s gravitational field. Whether the meteorites originate from Mars cannot be confirmed beyond doubt since there is no material brought back from Mars they can be compared with. What points to a Martian origin, however, is the inclusion of noble gases that resembling today’s atmosphere on Mars in their composition. 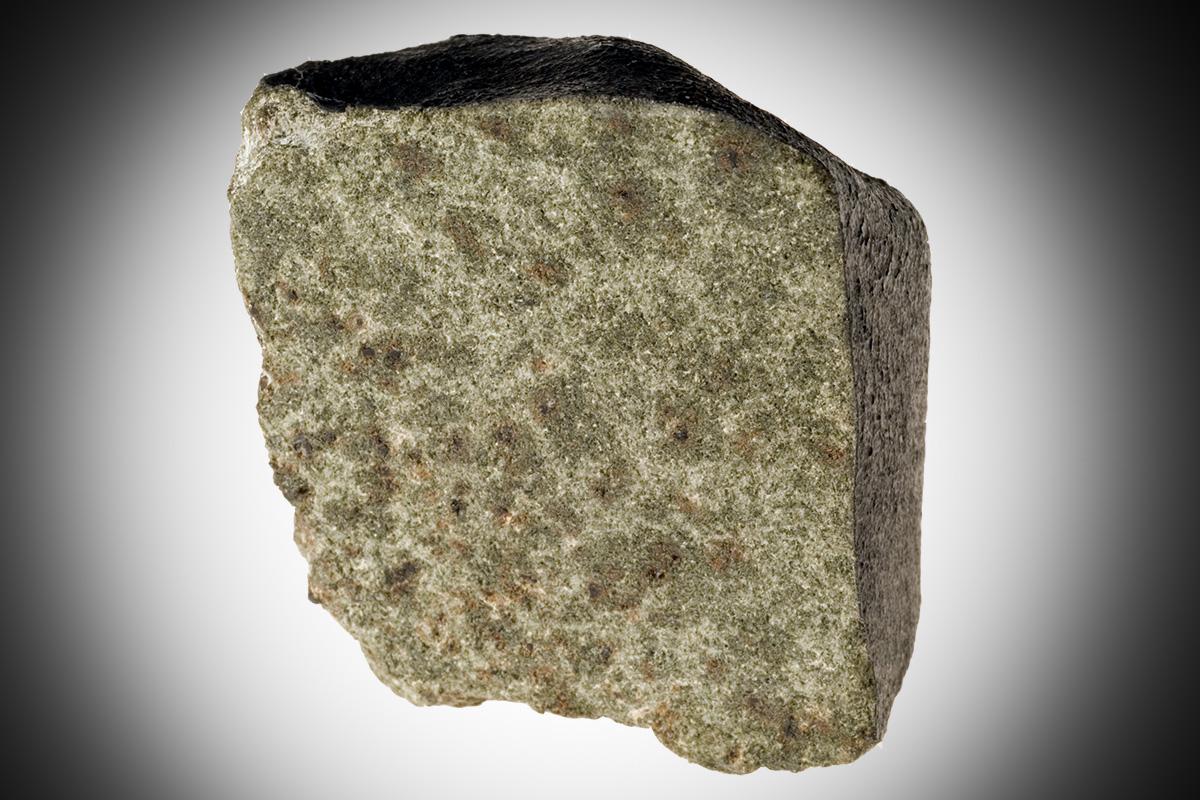