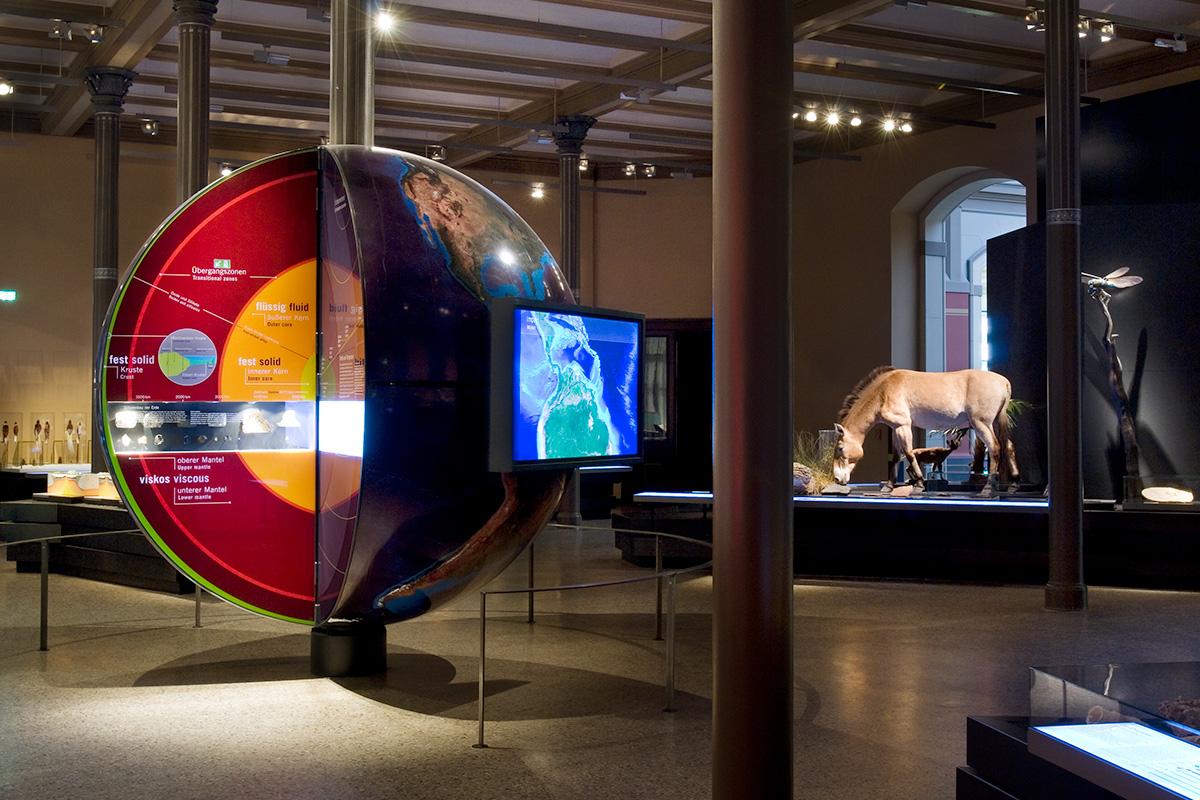 The Earth is a dynamic planet that has been constantly changing since it came into being. Driven by powerful convection cells inside the Earth, continents drift, giving rise to earthquakes, volcanoes and mountain ranges. Organisms living on land, in the water or in the air must adapt to these changes and, in turn, have an impact on their habitat and system Earth. It is this interdependence that makes our planet unique in the solar system.

In addition, the Earth is also connected to the cosmos surrounding it. Every day, cosmic rock material hits the earth – mostly just the size of a speck of dust, but occasionally, meteorites with a diameter of several kilometres can hit the Earth and pose a danger for life on the planet. These interconnected processes are studied by scientists at the Museum. What drives the dynamics of planet Earth? How are individual processes interconnected? These are the questions the exhibition System Earth is trying to answer.

A three-metre-high globe in the centre of the hall shows animations and film sequences on topics such as plate tectonics, volcanism, the impact of asteroids and meteorites, the formation of mountain ranges and the atmosphere. These topics are taken up and discussed more extensively in themed islands in the room with exhibits, texts and animations. The globe itself also gives an insight into the multi-layered structure and material composition of the Earth. 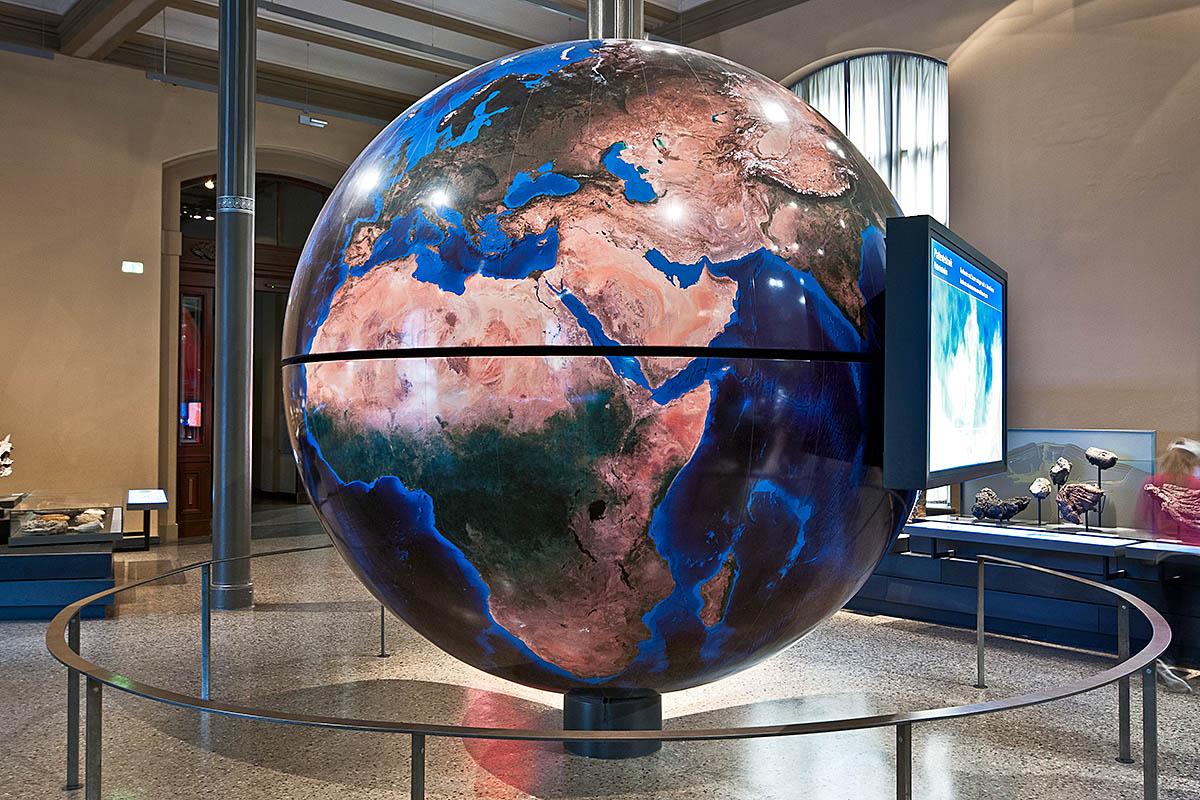 Plate tectonic motion changes the distribution of land and sea on the Earth. Landmasses previously separated by water may link up, while other large continents are fragmented into several smaller ones. When previously separate landmasses connect, new opportunities arise for plants and animals to spread, as the land bridge of Panama demonstrates, which has been enabling the exchange of wildlife between North and South America for around 3 million years. Giant armadillos, giant sloths and anteater travelled from the South to the North, settling in North America, whereas the sabre-tooth cat Smilodon took the opposite route and settled in South America. 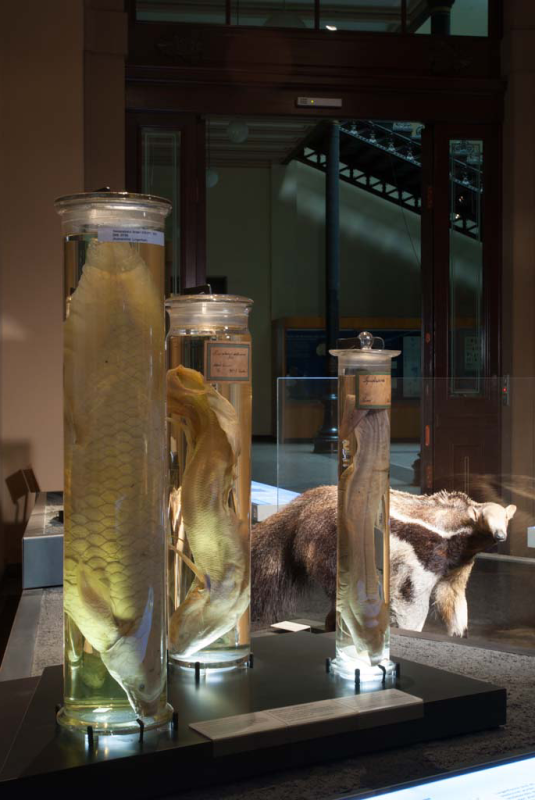 Volcanoes are the Earth’s natural safety valves. Magma from the mantle or lower crust rises through cracks in the crust to the surface, extruding as lava or a mix of ash and gases. The approximately 600 currently active volcanoes are mostly situated at the edge of tectonic plates that move against each other. There is also volcanic activity in what is known as hotspots within continental plates.

Hawaii is probably the best known example of volcanic hotspot activity. The most common type of lava is fast-flowing basaltic lava that forms subterranean cave systems on its way to the sea. Once the lava flow has stopped, these caves become the habitat of highly adapted animals, such as cave-dwelling cicadas. As the formation of caves is highly dynamic, there is a corresponding evolution of different species – a prime study example for evolution researchers. 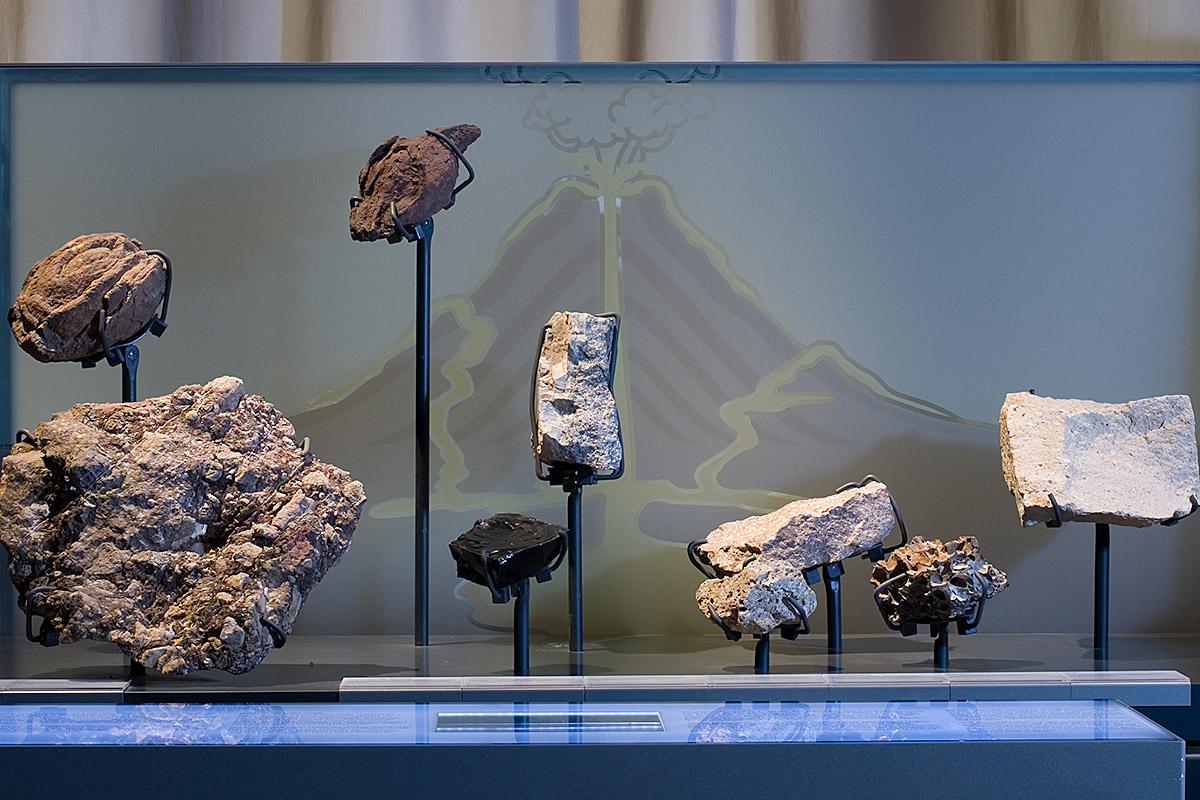 The evolution of horses goes hand in hand with the evolution of vegetation over the last 50 million years. The predecessors of the modern horse were barely the size of a dachshund. They lived in dense rain forests which, due to favourable climatic conditions covered Europe right up to the north. Finds in Germany from that period comprise above all primeval horses from the Messel.

True grasses evolved in the late Cretaceous, but could hardly expand due to the warm climate. Only when it cooled down and the carbon dioxide content in the atmosphere dropped did the woodland recede and grassland began to spread. At the same time, horses began to switch from leaves as a food source to grass. Inhabitants of the steppe, they grew larger. Steppe horses prevented bushes from invading the grassland and helped its further spread. Scientists think that this, in turn, had an influence on the climate, as grassland sequestrated organic carbon and prevented carbon dioxide from being released into the atmosphere, thus accelerating the cooling process. 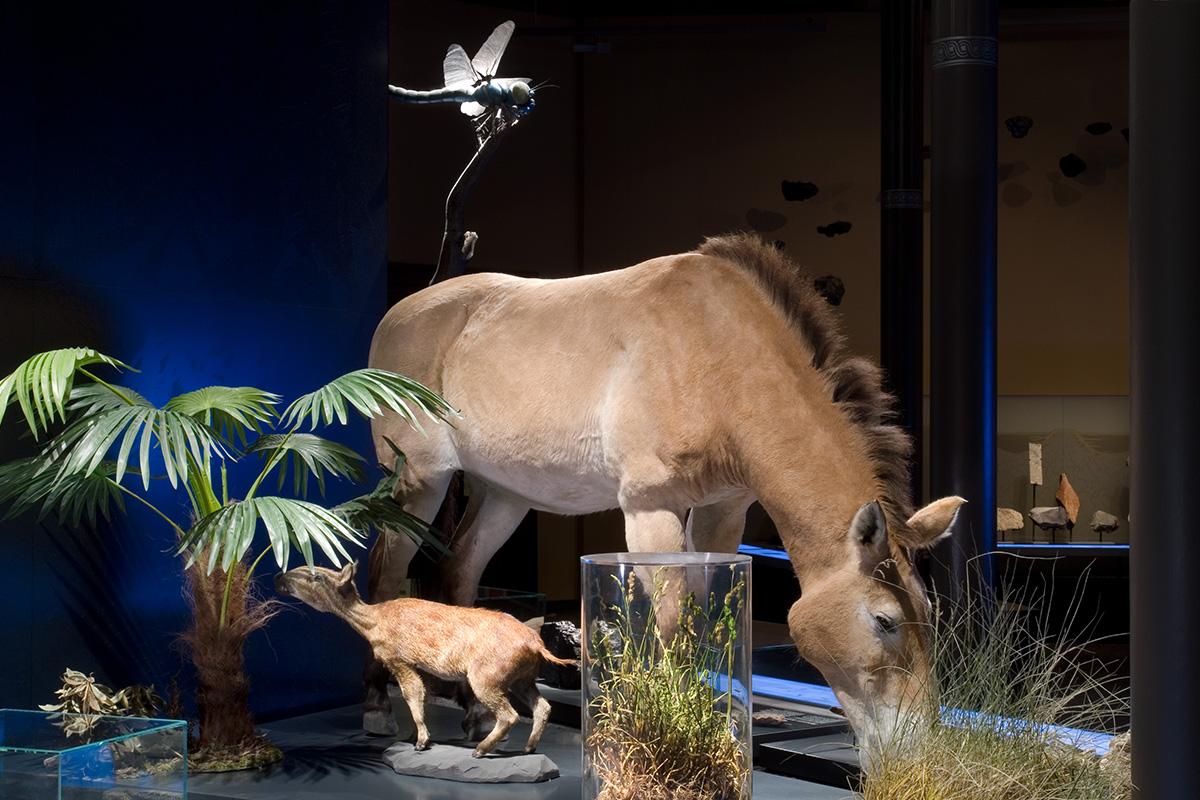