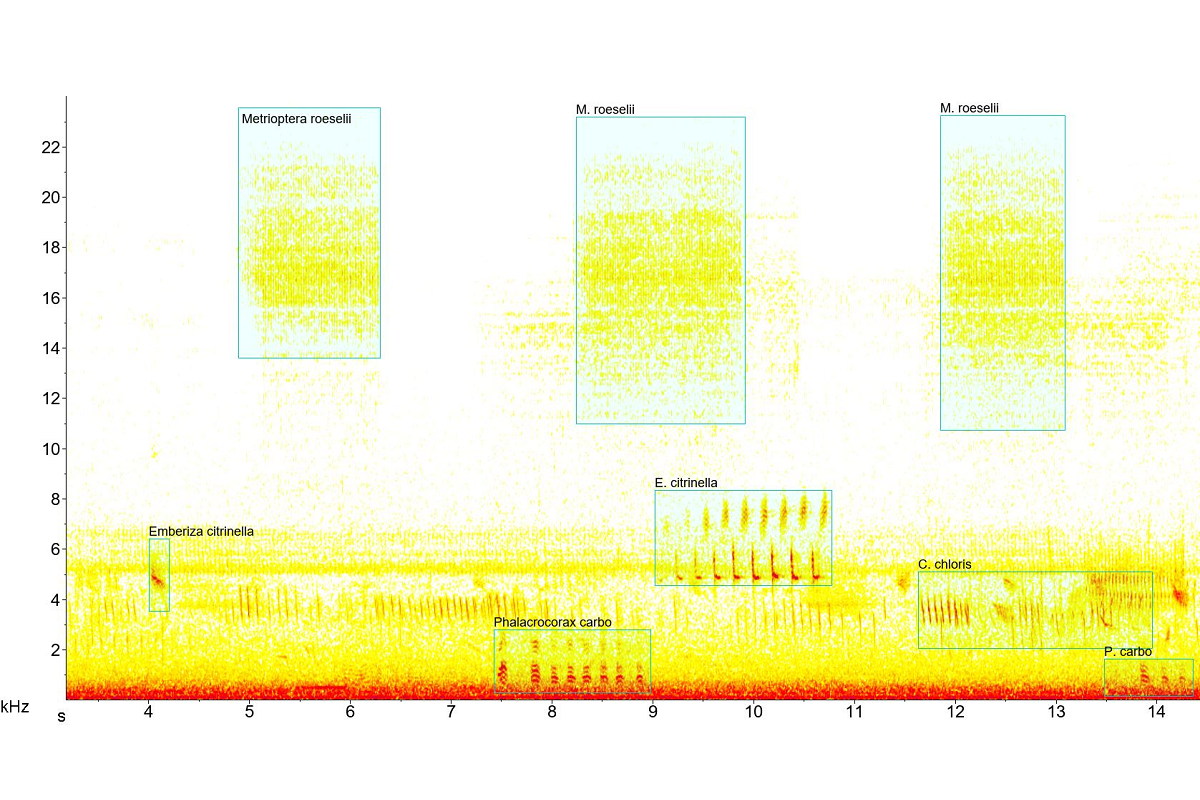 Various studies confirm that species diversity and populations of insects and birds are declining dramatically in Germany. However, there has no suitable technology for broad-based monitoring programs that continuously provide data on biodiversity yet. A cooperation project is now testing the technical prerequisites.

"We are developing a system for the automated recording of biodiversity," says Karl-Heinz Frommolt from the Museum für Naturkunde Berlin, who is responsible for the bioacoustic identification of animal species with his research group. In the experimental phase, three Automated Multisensor Stations for Monitoring of Species Diversity (AMMOD) will be set up and tested in operation. All data will be transmitted wirelessly to the researchers for analysis.

The concept combines several techniques: Malaise traps for flying insects, pollen and spores, which record genetic features in the form of DNA barcodes automatically and on site, scanners for image recognition of birds, nocturnal insects and mammals, and the automatic analysis of scents in the landscape, so-called "smellscapes".

Frommolt's team is responsible for the devices used to record soundscapes, or more precisely: the automatic bioacoustic identification of vocalising animal species. In the study area, these are mainly singing and calling birds, bats and locusts. Microphones capture the sounds in the audible and also in the ultrasonic range. Algorithms recognize patterns and assign them to animal species. "I expect that we will be able to detect about 90 percent of vocalizing animal species," says Frommolt.

In order to be able to determine not only which species can be found on site, but also to estimate the population size, the AMMOD stations will provide four-channel recordings that should make it possible to discriminate the source of sounds. Songbird individuals, for example, who sing their songs could be distinguished and counted.

The cooperative project, which is funded by the Federal Ministry of Education and Research (BMBF), is coordinated by the Zoological Research Museum Alexander Koenig in Bonn.