Berlin’s Brachiosaurus as an Object of Knowledge 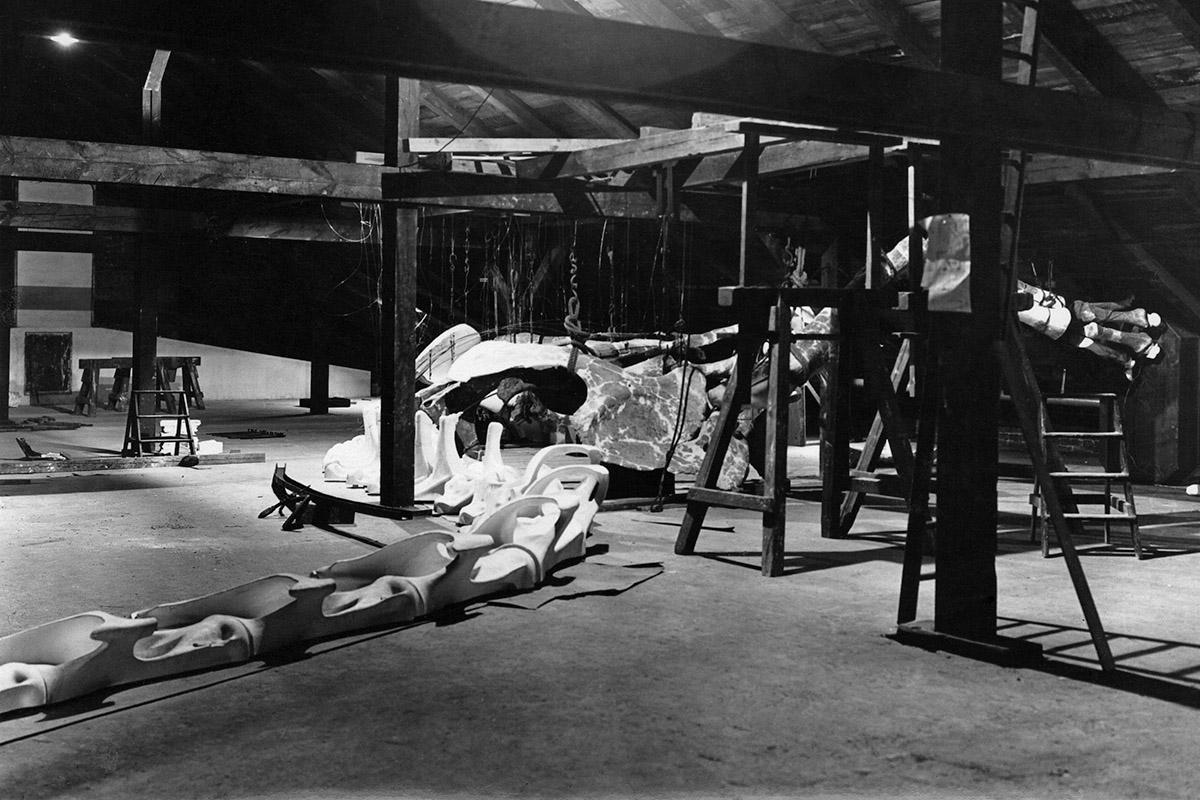 In 1912, the paleontologist Edwin Hennig (1882–1977) defined the Tendaguru expedition as a "national duty of honor". Hennig had earned his doctorate a few years earlier under Otto Jaekel (1863–1929) and as a result he perfectly comprehended what was at stake during the first decades of the 20th century: nothing less than the epistemic, social, and political standing of German paleontology. As Jaekel stressed in several publications, German paleontology had been steadily losing its biological direction and thus its disciplinary autonomy since Karl von Zittel’s death in 1904. The discovery of a spectacular, well-preserved extinct animal was therefore welcomed: it was thought to rehabilitate the prestige of German paleontology by overturning its involution. Indeed, in the late 19th and early 20th centuries dinosaur finds were very rare in Europe, so having a real dinosaur of its own was a turning point for the reputation and fame of the Museum für Naturkunde by giving it a real specimen of great scientific importance, in contrast to plaster casts from North America that normally featured in European museums.

Furthermore, dinosaurs had a symbolic value within German paleontology since they showed the “biological nature” of this discipline. In fact, the first meeting of the German paleontological society (1912) was held in Halberstadt because “Jaekel wanted to display his new dinosaur finds and other Triassic vertebrate animals” (Jaekel, 1914). Dinosaurs were thus symbolically chosen to show that the paleontologists are able to set their education on biological fundaments. Last, the funding of the giant Brachiosaurus opened a debate about both the nature of morphological and phylogenetic practice and the mechanisms of extinction that was central to German paleontology in the early 20th century.

Based at the Museum für Naturkunde, this sub-project deals with the Brachiosaurus brancai as an important first-hand scientific object of study, an emblem of prestige for the museum, and especially as a terrific opportunity to rehabilitate German paleontology as a biological discipline. It examines the significance of the finds for the development of paleobiology, studies the strategies of authentication that were used, analyzes forms of inscription, explores the history of paleontological reconstructions and revisions, and explores the extinction debate of the first half of the 20th century.

In September 2017, Marco Tamborini concluded his work at the sub-project.