From collisions to impacts – the late growth history of Terrestrial Planets 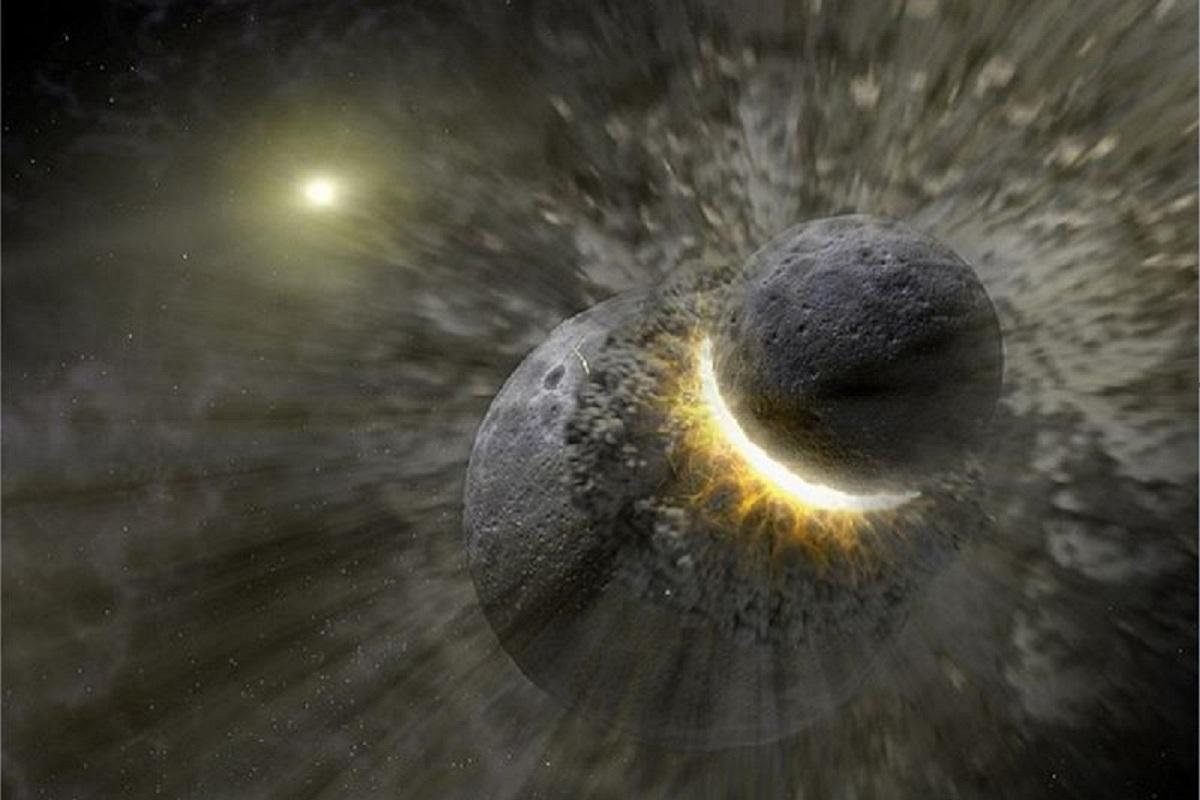 The formation history of our solar system, in particular of the terrestrial or Earth-like planets (Mercury, Venus, Mars, and Earth) is shaped by collisions of almost planet-sized objects, so-called planetary embryos, and the bombardment by smaller objects, so-called planetesimals or asteroids. The last major collision event in the early history is considered to be the encounter of a Mars-sized planetary embryo with proto-Earth about 4.5 billion years ago, which presumably resulted in the formation of the Moon. The heavily cratered landscapes on the Moon testify to the violent subsequent bombardment history of the planets with decreasing frequency of impacts with time. The intensity of the bombardment is thought to have remained approximately constant since 3.8 billion years ago.  For the time span in between (4.5 – 3.8 billion years), which is often called the “Late Accretion Phase”, when the last but crucial bit of materials were added by impacts to the final mass of the planets, relatively little is known. This is in particular true for Earth as hardly any remnants in terms of rock samples are preserved from this crucial evolution period.  To gain deeper insights into the late growth history and composition of Earth, Mars, Venus, Mercury, and the Moon scientists from Museum für Naturkunde Berlin are collaborating with other experts from universities and research institutions in Berlin and Münster. The transregional collaborative research centre, TRR170, Late Accretion into Terrestrial Planets, is funded by the German Science Foundation (DFG) since January 2016.

The multi-disciplinary research initiative is based on sample materials from the Moon and meteorites, remote sensing data from space missions, and numerical modelling of geodynamic, atmospheric and impact processes. The latter is addressed by MfN scientist. The overarching goals of the project are:

The project is subdivided into three research areas with a strong involvement of MfN researchers in area A and C:

The results of the collaborative research project will contribute considerably to a better understanding of the early evolution of the terrestrial planets paving the way for habitable conditions on Earth.