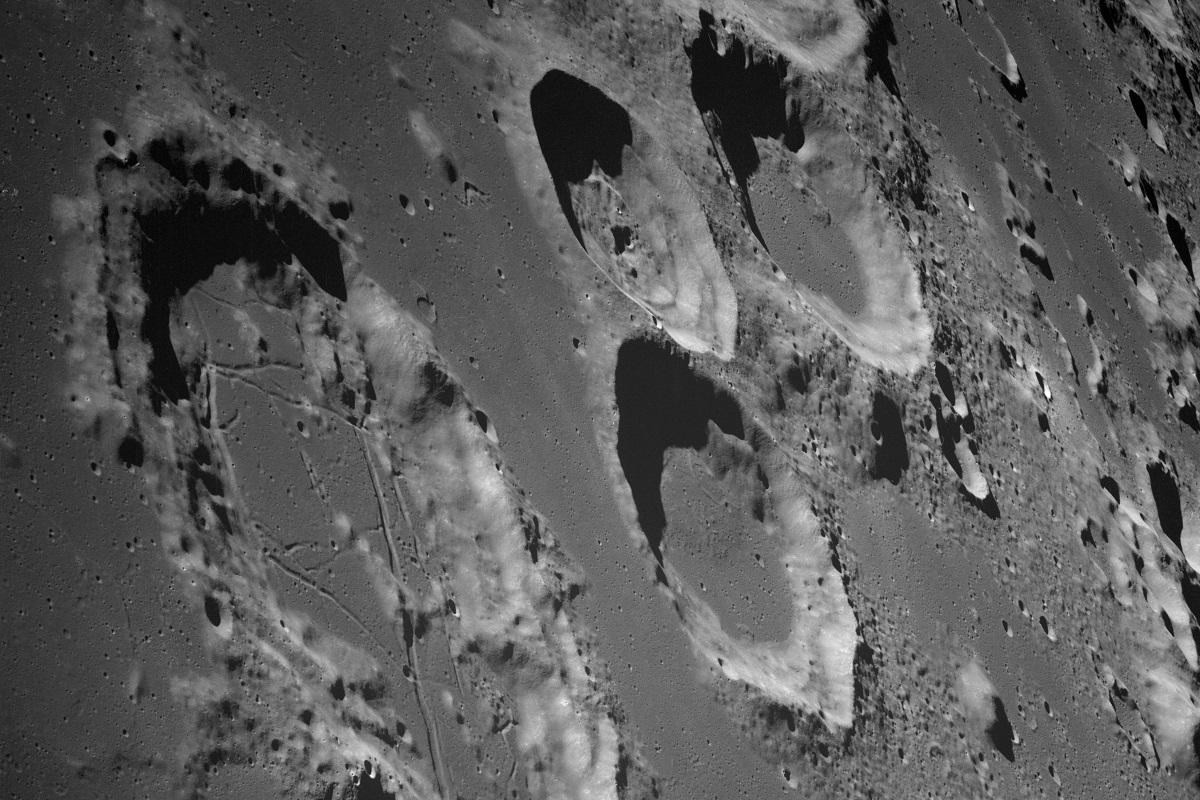 The planets of the solar system are exposed to a constant bombardment of cosmic debris: from the size of a grain of sand to bodies several hundred kilometres in diameter. Impacts of such bodies leave traces.

In a joint project of the Museum für Naturkunde Berlin and the Norwegian University of Oslo, researchers improved the method of reading information from craters peppering planetary surfaces in the solar system in order to determine the age of these surfaces.

The team created “crater chronologies” based on images of the surfaces. For this purpose, sizes and number of craters on the surfaces of planets and moons are evaluated. The “flux” of cosmic material, the total mass of the impacting bodies, has been largely constant over the last three billion years. Size-frequency-distributions with a small total number indicate a younger age of the surface, higher numbers and larger craters older ages.

The absolute age of the surface can then be determined in comparison to the crater chronology of the Moon. Its age is known from direct dating of surface materials. The method can thus be applied to all planetary surfaces in the solar system. “These age determinations are surprisingly precise and often only show an error margin of a few million years for younger surfaces,” says Kai Wünnemann of the Museum für Naturkunde Berlin.

Correction in the computer

The expertise of his research group lies in the computer simulation of impact processes. In addition to the gravity of the target body and the properties of the impacting body, such as size and velocity, surface properties determine the size of the crater. The same impacting bodies would produce different craters on different surfaces. “This biases the crater chronology,” says Wünnemann.

Using numerical computer models, his team investigated how the composition of the Moon's crust affected crater formation. The researchers took into account that the Moon has experienced a cooling history since its formation. Its present day crust is cooler at greater depths then it was right after its formation, making the rock stronger. As a result, recent impacts have produced smaller craters than impacts in the Moon's early history, when it was much warmer. The calculations show how the crater chronology method for age determination can be corrected to account for this.