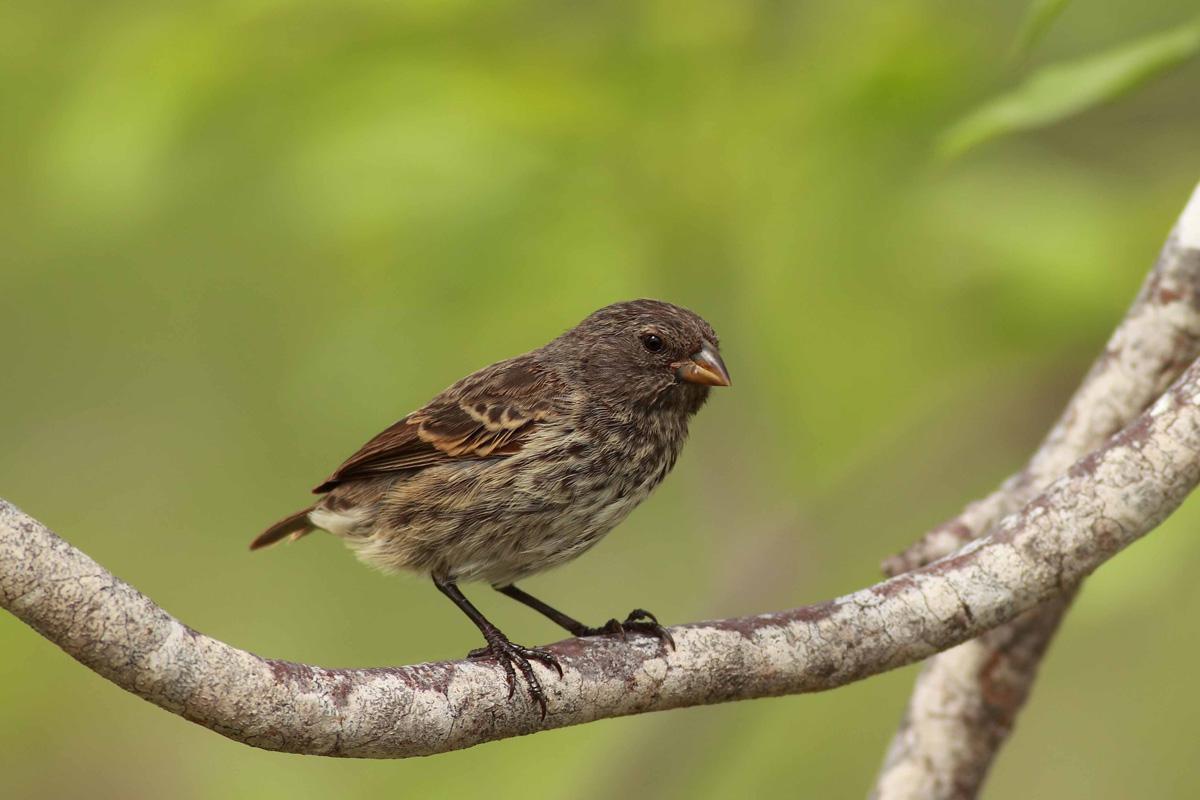 Reconstructing the assembly of island biotas on evolutionary time scales: a phylogenetic and modelling approach

How the small founding population of birds ended up on the remote archipelago in the Pacific is not known. But we do know that it probably happened two to three million years ago. And that what happened next has become a textbook example of speciation, and decisively contributed to Charles Darwin's thinking about “the origin of species”.

Today, 15 species of "Darwin’s Finches", named after the founder of evolutionary theory, occur on the Galápagos Islands. They differ in size, beak shape and ecology, but their descent from common ancestors has been genetically confirmed. And another technology that Darwin did not have at his disposal is providing new insights.

“With our computer model, we can use genetic data to reconstruct how species on islands have evolved over millions of years and how species communities have changed,” says Luis Valente, the project’s leader at the Museum für Naturkunde Berlin.

The genetic data come from recent fieldwork or collections in museums. As data input for the modelling, they provide information on when an island habitat was colonised and how species occurring there today have diversified.

Due to their isolated location and the relatively low diversity of species, islands are ideal model systems for study. Valente investigates different habitats and groups of animals worldwide, but focuses on oceanic islands that have never been connected to mainland.

A study by Valente and colleagues of the existing and extinct bat species of the Greater Antilles in the Caribbean showed that species diversity can reach an evolutionary equilibrium. The number of species approaches an upper limit of diversity over time. However, about a third of the species have gone extinct since humans settled on the islands. According to the model calculations, it would take at least eight million years for diversity to reach its former state.

Valente plans to apply his methodology on more islands and animal groups. “We can use our findings to prioritize the protection of islands of particular evolutionary value. In view of the often-scarce resources for nature conservation, it is important to use them as effectively as possible.”