Development of the sound repertoire of a babbling bat 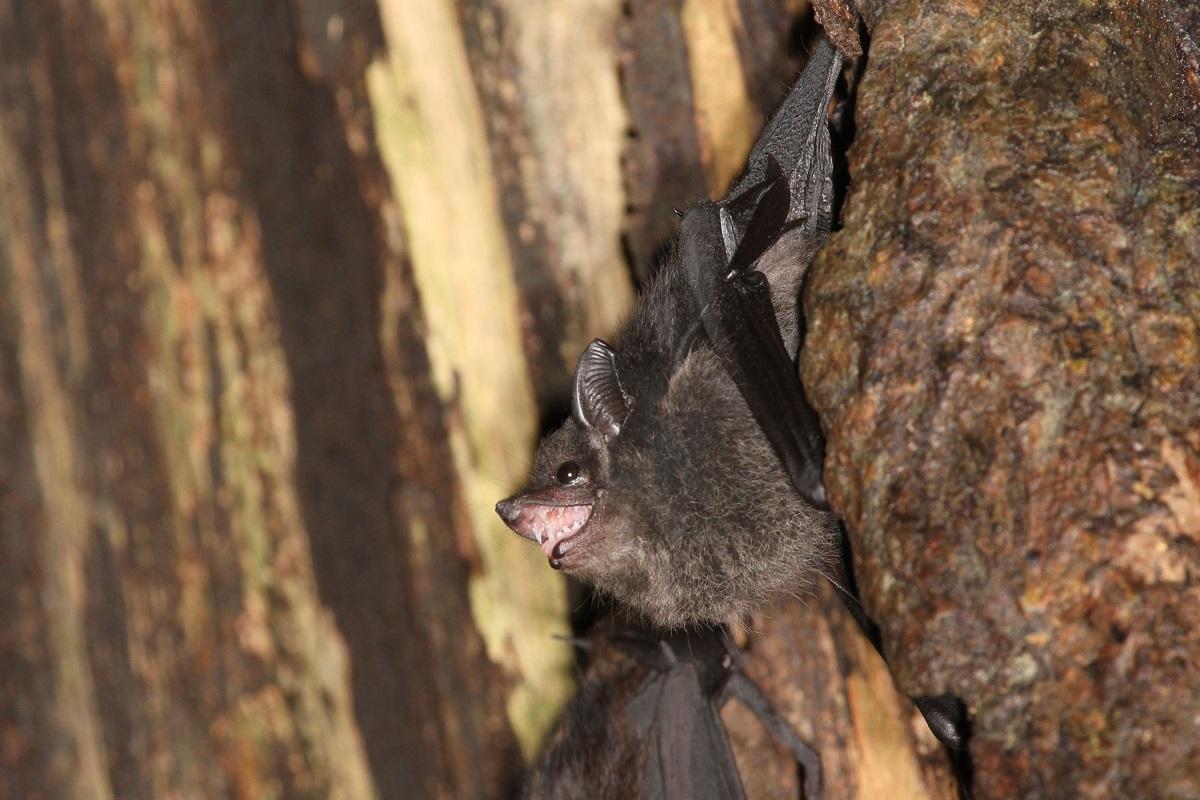 “If I were to study humans, one would say I watch language develop,” says Ahana Fernandez, a PhD student at the Museum für Naturkunde Berlin. The biologist finds her actual objects of investigation in Central America: Greater sac-winged bats (Saccopteryx bilineata).

“This species is special because it has a large repertoire of vocalizations consisting of many different elements we call syllables,” Fernandez reports. The syllables can be combined into multi-syllable calls and even songs. The juveniles learn part of this repertoire by listening to a tutor. This includes the territorial songs singing males use to mark out their territories acoustically.

Territorial songs consist of up to six different syllable types that form melodies of less than two seconds in length. The songs have syntax, i.e. fixed syllable sequences. Some of them are audible to humans. Fernandez records them with a directional microphone and makes the inaudible part visible in spectrograms. Spectrograms are graphical representations of the frequency and sequence of the calls.

The juveniles learn the songs through imitating them. They begin at the age of about two weeks and initially only with single syllables, which they often repeat - just like human infants at the age of about half a year begin to babble until they master single syllables like “ma” or “ba”. The juveniles do not only learn the territorial songs in this babbling phase of approximately eight weeks, they also practice all other syllables of the repertoire. It is not clear yet whether they learn these syllables through imitation as well.

There are more characteristics this babbling phase of bats has in common with that of humans. In addition to the repetitions, these include a rhythm, the picking out of individual syllables for the exercises and the early stage in physical development in which babbling begins. Babbling is also universal: Fernandez observes it in separate bat populations in Panama and Costa Rica.

Greater sac-winged bats rest during the day at tree trunks or house walls where they are visible. The animals keep an individual distance from each other, which makes it easier to record individual animals. “We can observe the development of vocalizations in these bats in detail, which is much more difficult in other vocal learners such as elephants, dolphins, or other bat species,” says Fernandez. After a period of habituation, Fernandez was able to observe and record the animals from close distance.

Her findings will also contribute to the understanding of the evolution of human language. “We can only get very little information from fossils, in this regard, but we can study other living organisms,” says the biologist. So far, studies have focused on singing birds. Studies on bats also allow conclusions to be drawn about the development of complex sound repertoires.