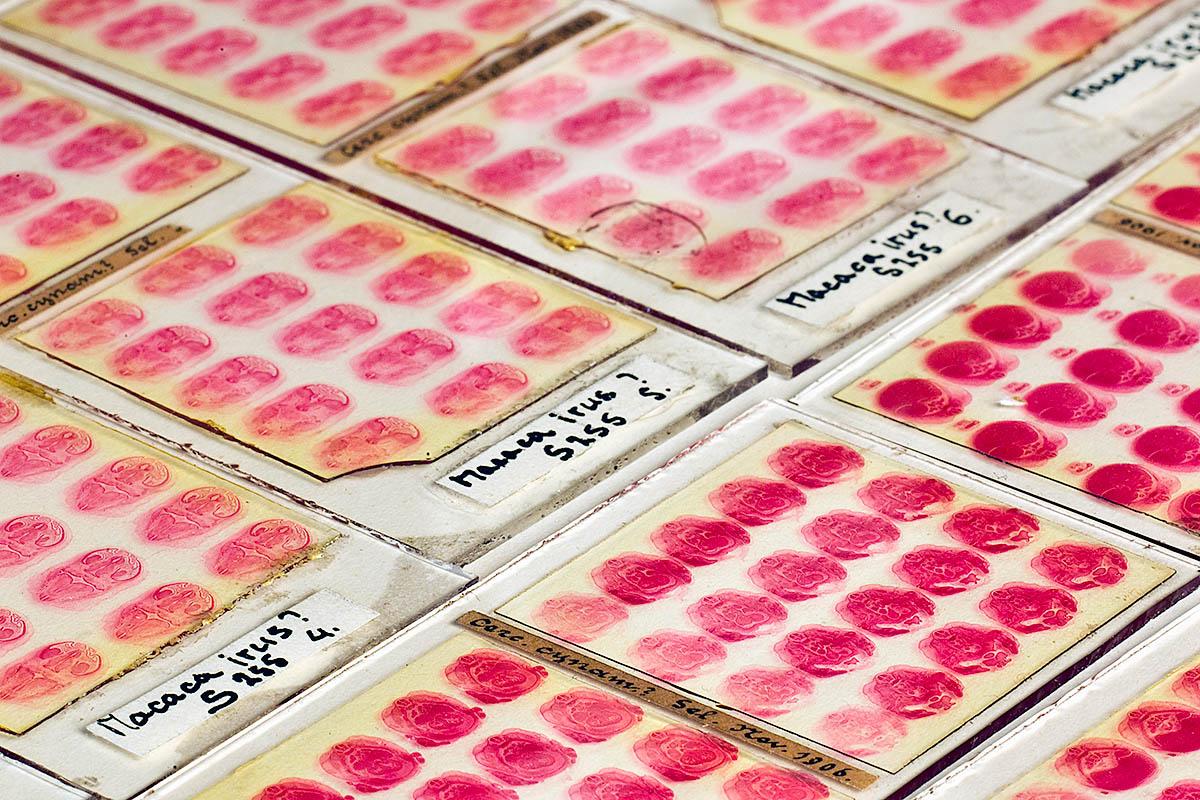 Richardson and Narraway (Int. J. Dev. Biol. 43, 1999) call the Embryology Collection at the Museum für Naturkunde Berlin "a treasure trove of comparative embryology" – a fitting description in view of the wealth of material. The collection comprises 600 vertebrate species in over 3,000 ethanol jars as well as 80,000 histological preparations of vertebrate developmental stages, reproductive organs and related archive material.

This collection of developmental stages and reproductive organs of vertebrates is the largest of its kind and was founded by Dutchman Ambrosius Hubrecht (1853-1915) at the end of the 19th century. Its original focus lay on placental mammals. The importance of the collection increased, as further collections were incorporated, perhaps most importantly James P. Hill’s (1873-1954) collection, which focused on Australian mammals. In addition, there are the histological collections of Carl A. Dohrn (1806-1892) (focus on fish), Emil Selenka (1842-1902) (primates), Louis Bolk (1866-1930) (vertebrates) and Willy Kükenthal (1861-1922) (whales). The Embryology Collection also contains histological material from experimental approaches to developmental biology by scientists such as Hilde Mangold (1898-1924), Hans Spemann (1869 -1941) and Hans Grüneberg (1907-1982).

The Embryology Collection is unique in its scope and diversity. It includes historical primate and whale material that could not be collected in the same way today. The most important collection of monotremes and marsupials is also part of the collection. They once belonged to James P. Hill, who collected them during his stay in Australia around 1900. Further specimens collected by Theodore T. Flynn (1883-1968) were added later. There are also histological preparations and original documentation of the series of experiments that earned Hans Spemann the Nobel Prize.

The historical documents that are part of the collection contain extensive records on many items, in particular on the sub-collections by Ambrosius Hubrecht, James P. Hill and some of the experimental research. The original catalogues of the Hubrecht collection are particularly enlightening, as they contain information on how the individual items were collected, processed and used. There are also many masterful pencil drawings of the specimens. The page shown here shows the catalogue entry for hedgehog Erinaceus europaeus embryo 304 from the Hubrecht collection. In order to collect as many embryos as possible Hubrecht offered a reward of a quarter guilder for each embryo delivered to him. This led to a tremendous increase in hedgehog embryos in his collection, which are now available as histological slide series as well as as ethanol preparations.

The egg of a echidna in its pouch

One of the few demonstration items used in teaching comes from the collection. It is a jar containing the egg of a short-beaked echidna (Tachyglossus aculeatus) in its pouch. It was probably used by James P. Hill to demonstrate how these egg-laying mammals reproduce. The pouch is found on the ventral side of the female echidna. When you look deeper into the pouch in the jar, you will discover the lactational glands forming an areola rather than a teat for the hatchling to suckle on, as they would in a marsupial or placental mammal. 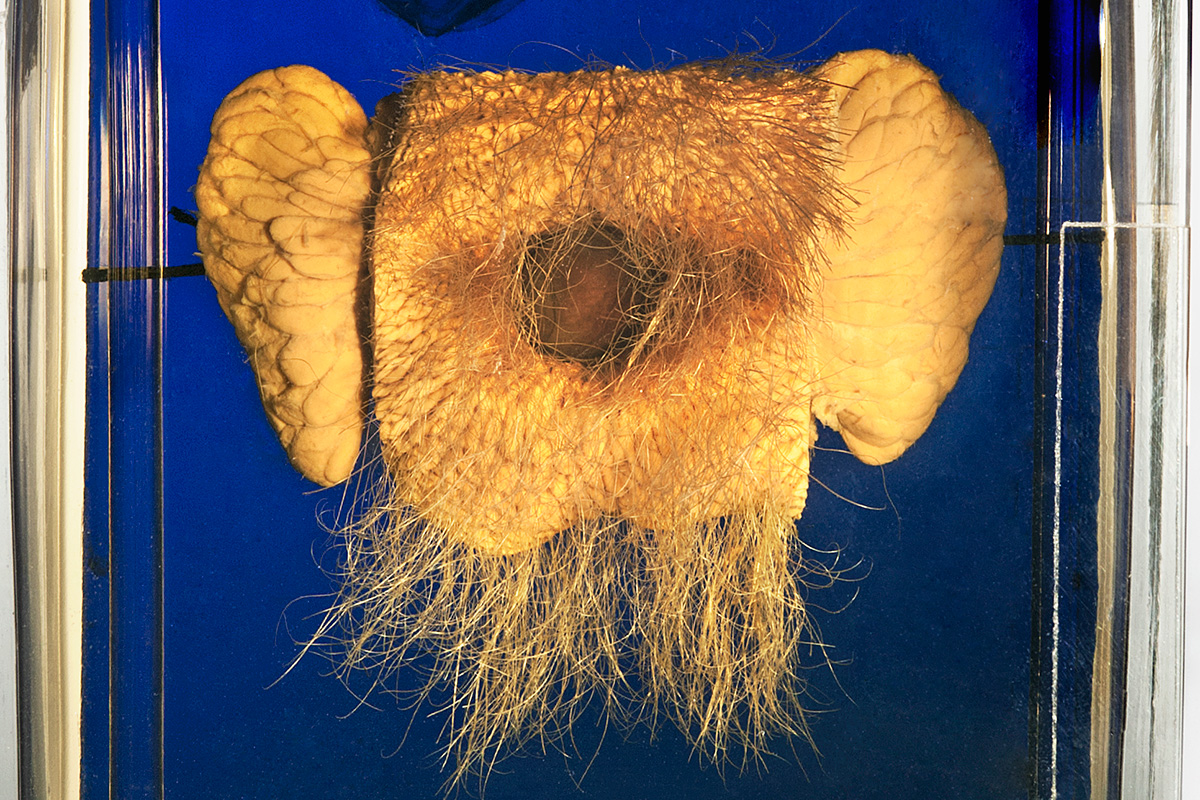 The collection is used regularly by visitors originating mainly from Europe, North America and Australia. It is also consulted by various scientists at the Museum for morphological clarification. Access to the collection must be arranged in advance with the curator.

Alongside a plethora of collection-related documents such as catalogues and records, there is a small reference library attached to the Embryology Collection, where "Normentafeln" from the early decades of the 20th century are much in demand by external and internal users.