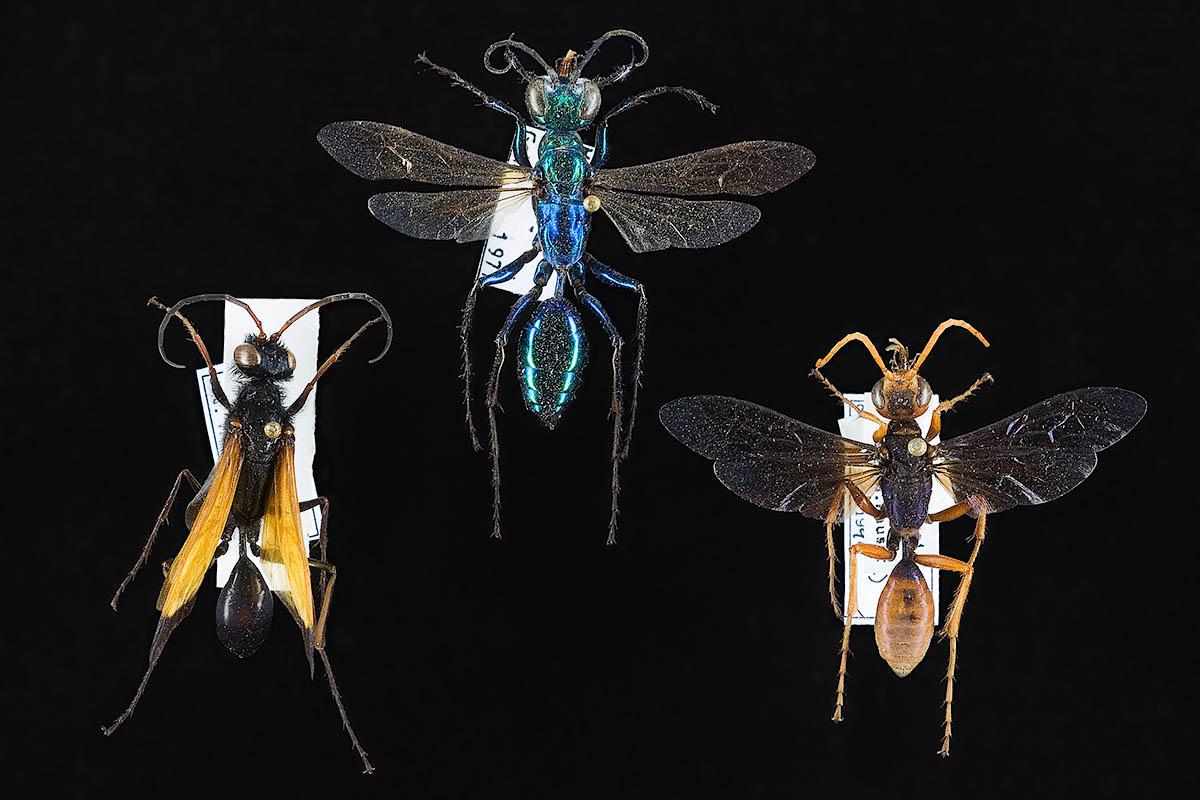 Together with beetles, butterflies, dipterans, and neuropterans, hymenopterans are among the five most species-rich insect orders. Their lifestyles are accordingly diverse, ranging from pollinators, plant-eaters and parasitoids to predators. The imagines – adult insects – are solitary or form seasonal colonies, e.g. bumblebees or Vespidae. Colonies that exist over several years are known from honeybees and ants.

Since 2013, insect trays at the Museum für Naturkunde have been scanned at high resolution in connection with the EoS (Erschließung objektreicher Spezialsammlungen - establishing an inventory of specimen-rich collections) and made available online.

Of some specimens, a sequence of photographs was taken to allow them to be viewed at 360°. The idea is to give digital access to the specimens so that they can be studied faster and are protected from damage through handling. The 360° image of the sphecoid wasp Megalara garuda allows users to study details on the virtual specimen.

The most important individual collections that were brought together to form the general collection include those by Klug, Foerster, Pfannkuch, Stitz, Friese, Conde, Bischoff, and Muche. The bee collection by Friese is particularly valuable, because it contains species and types from all continents. In addition, it contains remarkable material from the former German colonies. From 1992 on, several expeditions into the Afrotropical region (in particular into Southern Africa) and to South East Asia were undertaken, which yielded a vast amount of material.

The Curatorship not only has its own sub-library, but also houses the Drory Library, a specialist library on honeybees, which is unique of its kind.

Access for scientists is possible at any time. There is a catalogue including all groups.