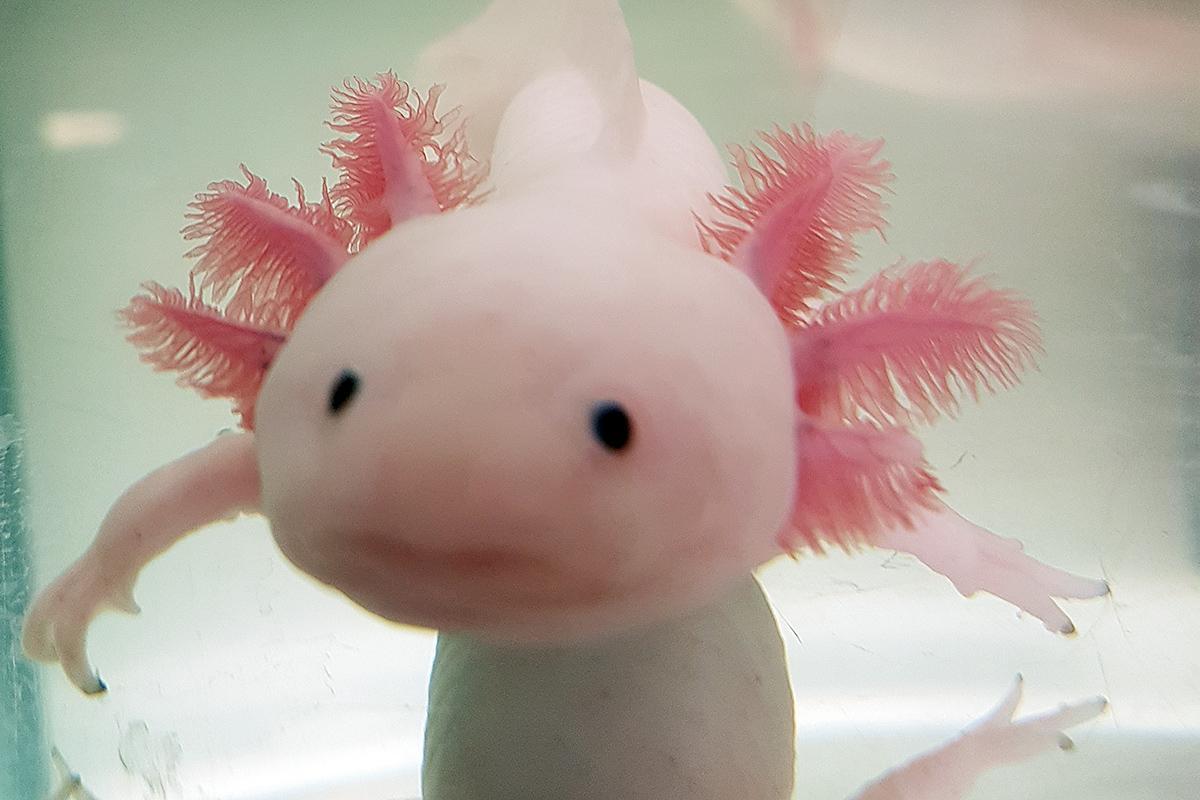 Why limbs? The appearance of the tetrapod limb during the Devonian period, around 400 million years ago, has been a hallmark in vertebrate evolution. Along with other structures, it helped vertebrate transition from water to land and has served a multitude of functions, such as running, flying and swimming. Limbs are somewhat isolated from the rest of the body, therefore its development is easier to observe and it has been used as a model to study body axis and pattern formation. Although limb development and morphology are conserved among tetrapods, we can still find some striking differences in the order of appearance of some elements that form the limb.

These differences can be found in salamanders, a group of tailed amphibians (Urodeles). These animals form their limbs in what we call reversed polarity or preaxial polarity. While other tetrapods, such as mice, chicken and frogs, build their limbs following a postaxial dominance, i.e. forming first digit IV, followed by digit V, III, II and I (thumb), salamanders form first digit II, followed by I, III, IV and V. I am interested in looking for genetic mechanisms and pathways involved in salamander limb development. Another question also arises: What is the ancestral condition of limb development? Answering those questions can help us to better understand the life history of tetrapods.

This project is being performed under the supervision of Prof. Dr. Nadia Fröbisch. We are also collaborating with Prof. Dr. Igor Schneider’s group at the Prof. Igor Schneider, Universidade Federal do Pará, Belem, Brazil. The project is scheduled to be completed in 2019.