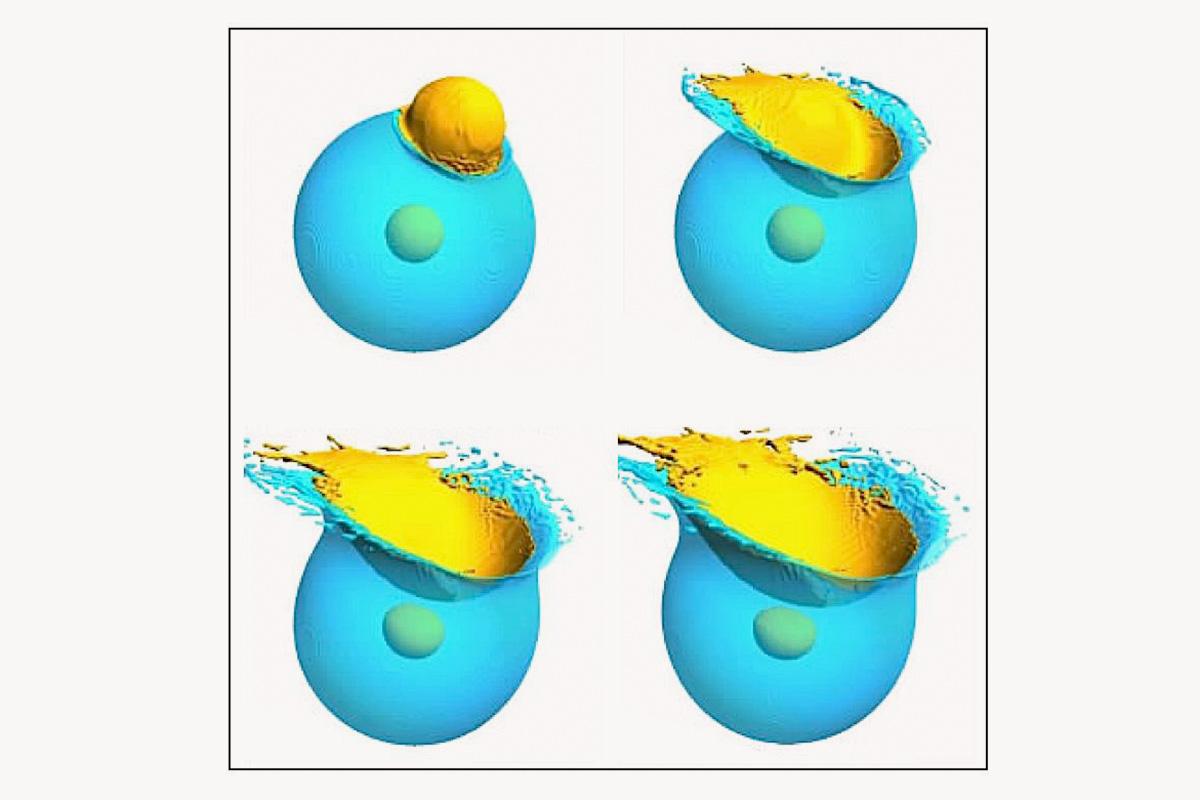 Earth and earth-like (terrestrial) planets in the inner solar system have been formed by collisions of proto-planets. Presumably, the last of such giant collision events happened, when Earth with struck by mars-sized body, ao-called Theia. It is thought that upon impact lithic fragments, molten and partly vaporized matter were ejected into the Earth, orbit where they accumulated (accreted) to form the Moon. How Earth has evolved from a glowing hot planet that was most likely covered by a couple of thousands of kilometre thick magma oceans with a metal core to a habitable planet with liquid water at the surface and an atmosphere and biosphere is the overarching goal of the research network. In this context the project focuses on the time period immediately after the formation of the Moon 4.5 Ga ago until the last mare basins on the Moon were formed by large impact events about 3.8 Ga ago. Physical, chemical and mineralogical processes (cooling, crystallisation, and segregation of elements) in the interior of Earth, but mostly the intense bombardment by cosmic bodies delivering additional mass and heat to the interior have significantly shaped this important period in the evolution of our planet, the so-called “late accretion phase”. Since almost no relicts in terms of rocks and mineral phases have been preserved on Earth the Moon is key as it can be considered as an archive of the bombardment history of the Earth-Moon-System. In this regard the Moon serves “as a window into the past of Earth”.

In collaboration with various partners MfN contributes to the research project with our expertise in impact and shock physics and meteorite research. By means of numerical models, which are developed at MfN  (iSALE), we investigate the formation of large impact basins on the Moon (subproject A4), the formation of the Moon and global or partial magma oceans as a consequence of giant impact events (subproject C4) and the fate of the impactor (mostly its metallic core) and how it is incorporated into the interior of Earth (subproject C2).