The leaves of the Cretaceous 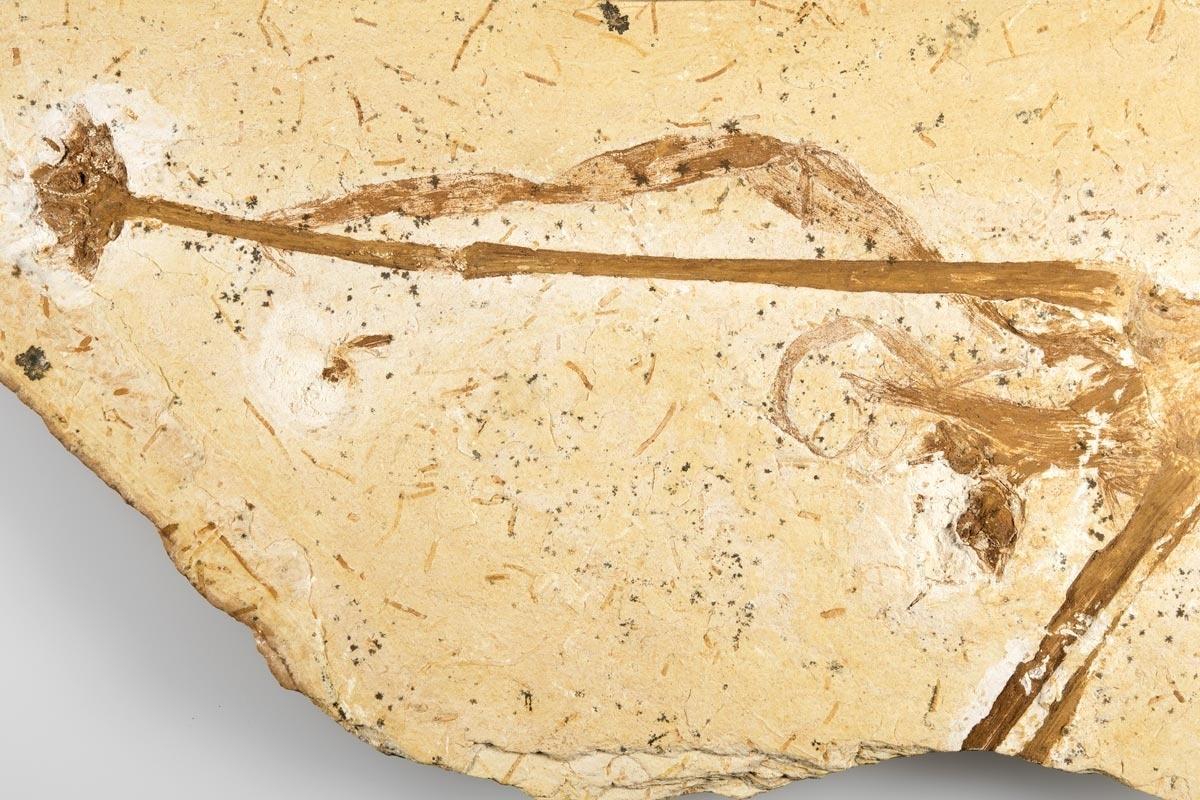 It hums, chirps and twitters from the trees. A river rushes in the background. Drops of water pelt down on the orange-red berries of the Aronstab. If one were to take a walk through a rainforest 80 million years ago, it would not differ much from today's as far as the monocotyledonous plants are concerned.

Project manager Clément Coiffard reports that there were already many monocotyledons in the tropics. It can be assumed that rainforests developed 80 million years ago rather than the 55 million years previously thought. For his project, Coiffard researched around 300 plant fossils from northeastern Brazil and Egypt. In the Cretaceous, these areas belonged to the continent of Gondwana. So far, the monocotyledons, which include wheat, ivy and palms, have only been examined for their earlier occurrence in Europe or Asia.

Coiffard and his team have found many species of arons, which means that they have their origin in the tropics. For his investigations, the palaeobotanist has microscopically or computer tomographically scanned the fossil leaves. The leaves were then drawn, compared and classified. The aim was to create a system based on phylogenetic kinship. So far, only five of the Cretaceous plant species have been described. The chance discovery of the specimens at the TU Berlin was a stroke of luck: When Coiffard opened the cabinets with the fossils, he saw such a large collection of monocotyledons for the first time. In their project, the scientists were able to double the number of plants already described. Apart from Coiffard, there are only a few researchers working on the development of these plants in chalk.

Looking back 140 million years in history, the diversity of species in the monocotyledonous is low. However, among the 60 million years younger specimens studied, 35 species can already be differentiated. The researchers want to understand how this diversity developed, because then it is possible to draw conclusions about which parameters play a role and how quickly vegetation can change. Coiffard believes that if you know the past, you can predict the future a little better.

The former head of the botanical garden in Munich, Josef Bogner, supported him in the complex classification of the arum rods.