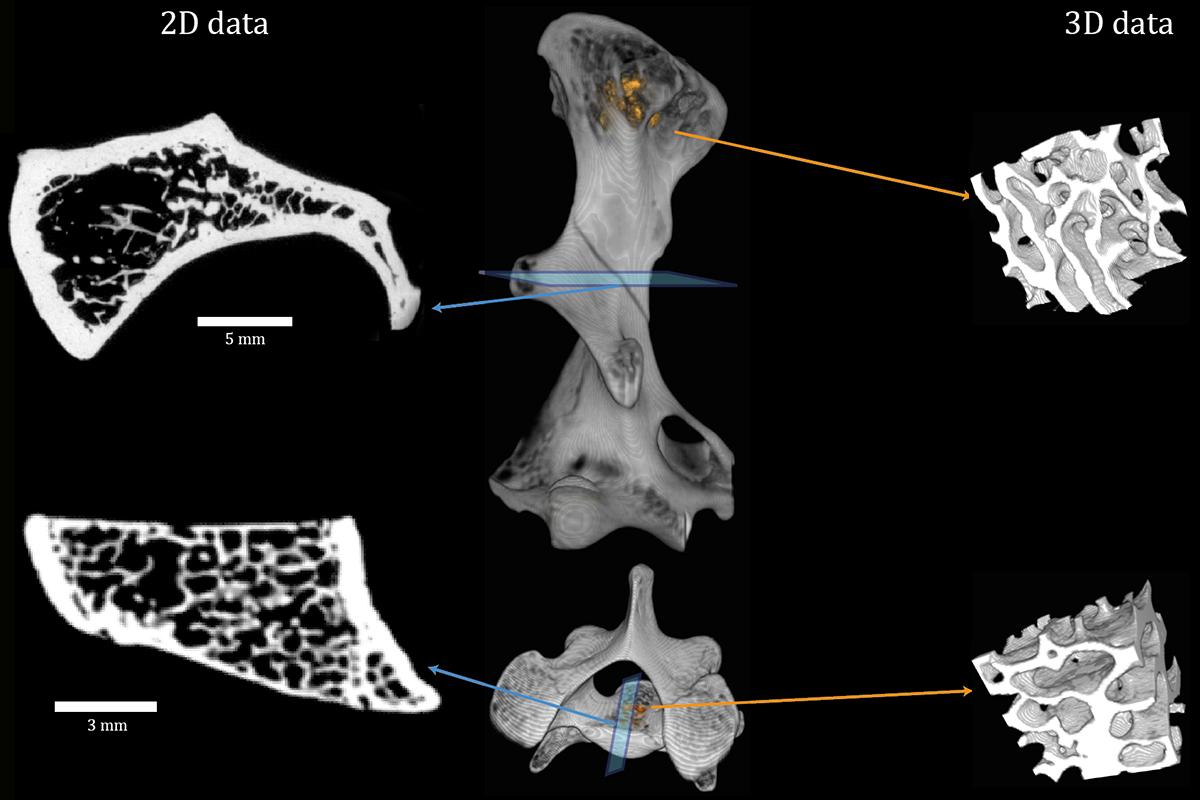 While the bat uses powered flight to roam the air, the manatee glides weightlessly through the water. At first glance, they don't share much with each other - but as mammals, their skeletons have the same basic structure. Eli Amson from the Museum für Naturkunde Berlin is investigating the extent to which the structure of their bones is adapted to their different lifestyles.

"When one thinks of biodiversity, one should not only consider the number of species, but also their different lifestyles," explains the biologist. The common ancestor of mammals lived on land, but some of the now nearly 6000 species have developed the ability to travel through the air, dig into the ground and swim the oceans. In his project, Amson uses bones to study the evolution of vertebrates in relation to their lifestyles.

He no longer needs a bone saw to do this. Using computer tomography, he scans the humerus and the lumbar vertebrae of numerous mammal species. The imaging process maps the entire structure of the bones. This shows that the slowly diving manatees have hardly any porosity in the bones, but a high bone mass. Bats, on the other hand, have lighter bones. The researcher's assumption: their bone structure has been adapted to their way of life.

Amson works with both recent and fossil mammals from the collection of the Museum für Naturkunde Berlin in order to gain an understanding of evolutionary processes. Only adult specimens that do not originate from zoos can be considered, as the keeping of these animals could have affected their natural way of life and thus their bone structure. During three years he will study over 100 different mammal species, including animals from other European and North American collections.

The aim is to set up a large database which will provide information on the many lifestyle adaptations found among mammals. A possible research result, though unlikely: There are no significant differences in the bone structure of a bat and a land mammal, although they do not share their way of life. Then the next mystery of evolution would have to be solved.