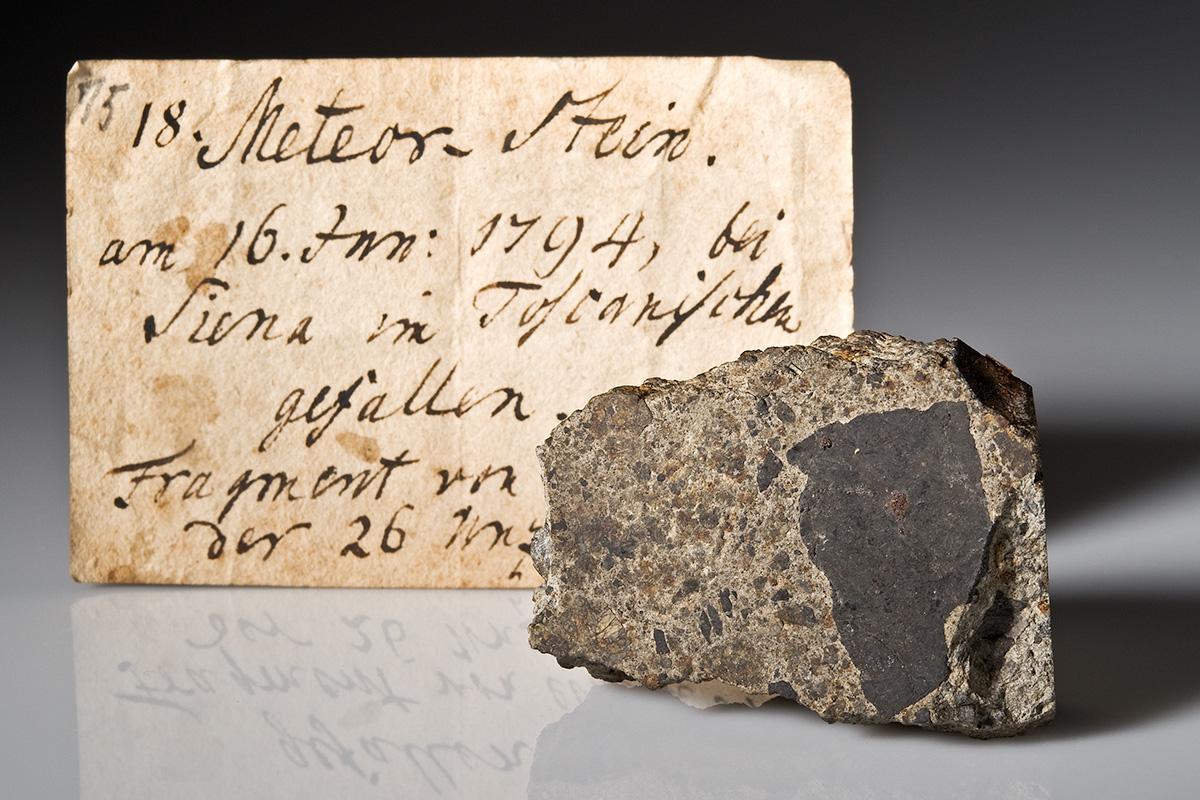 The collection material includes complete meteorites, fragments and over 1,300 thin sections. Meteorites are also an integral part of the Museum’s permanent exhibition, as they bear witness to the evolution of the solar system.

The whole collection has been digitised in a local database.

Meteorites have been named and registered in the central database of the Meteoritical Society, which is accessible online.

The beginnings of the meteorite collection date back to 1781, when a mineral collection was purchased from Carl A. Gerhard (1738-1821), founder of the Berlin Mining Academy. It contained among other things a piece of the stony-iron Krasnoyarsk meteorite that was described for the first time by Peter S. Pallas (1741-1811). The Russian Czar Alexander I added another piece of this all-important meteorite to the collection in 1803.

When the Berliner Universität was founded in 1810, the meteorites became part of the Mineralogisches Museum. Seven years later, mineralogist Christian S. Weiss (1780-1856) expanded the collection by purchasing 17 meteorites from the famous chemist Martin H. Klaproth (1743-1817). Weiss was also in close contact with Ernst F. F. Chladni (1756-1827). As a result, Chladni bequeathed his private collection comprising 41 meteorites to the Museum. Chladni is considered to be the founding father of meteoritics as a science, publishing for the first time his hypothesis of the extraterrestrial origin of meteorites in 1794.

Alexander von Humboldt (1769-1859) donated to the Museum nine meteorites in total, some of which he had collected on his travels, while others were given as gifts to the famous naturalist. Fellow scientist and expedition companion Gustav Rose undertook thorough studies of the Berlin meteorite collection and developed a classification system for meteorites in 1864 that laid the foundation for modern meteorite classification.

The first significant extension of the collection took place in 1900, when mainly American iron meteorites were purchased. In 1993 and 1996, a large number of meteorites from the Northern Sahara desert was purchased. 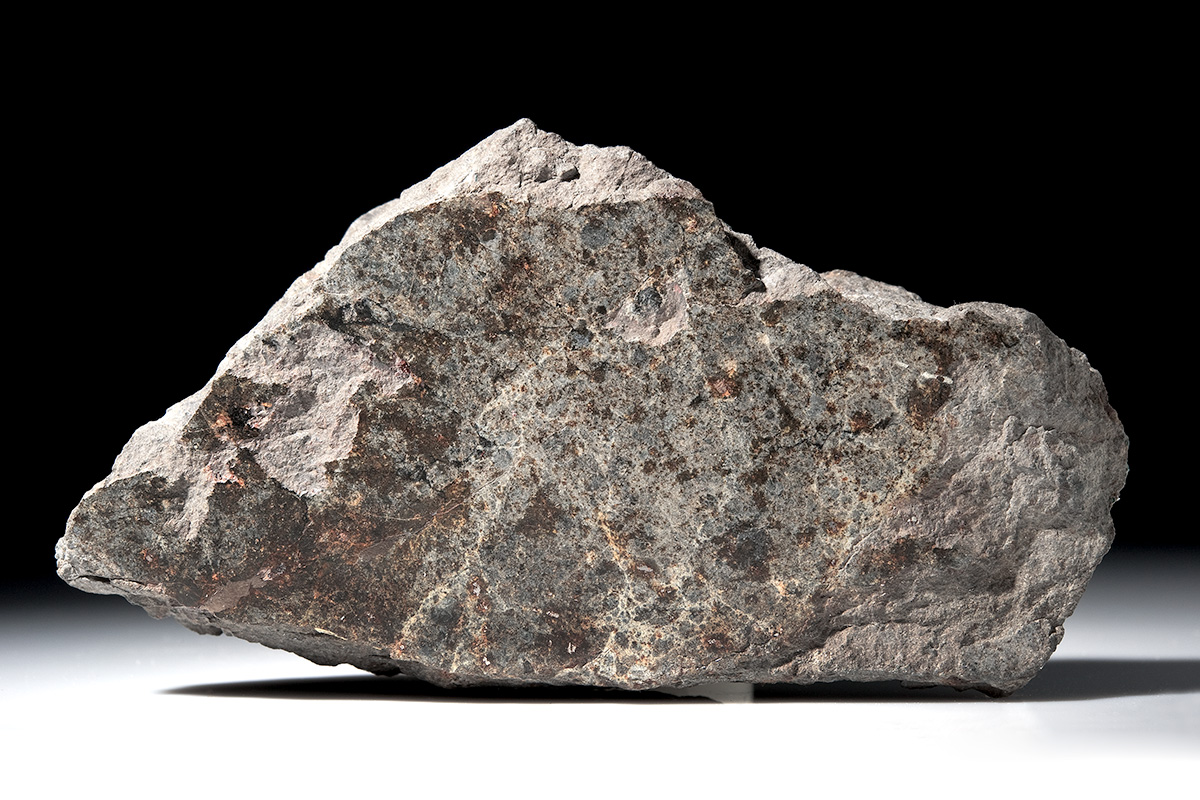 The Ensisheim meteorite is the oldest remnant of a meteorite fall observed in Europe. It came down in a wheat field near Ensisheim – a small town in Alsace - on November 7th 1492, making a loud rumbling noise and weighing 127kg. For a long time, the meteorite was kept inside the church to keep away evil spirits. The main mass is now on display in Ensisheim’s town hall. The fragment shown here (235.3 g) was part of a private collection belonging to Ernst F.F. Chladni (1756-1827), founding father of meteoritics. It was donated to the Museum after his death in 1827. 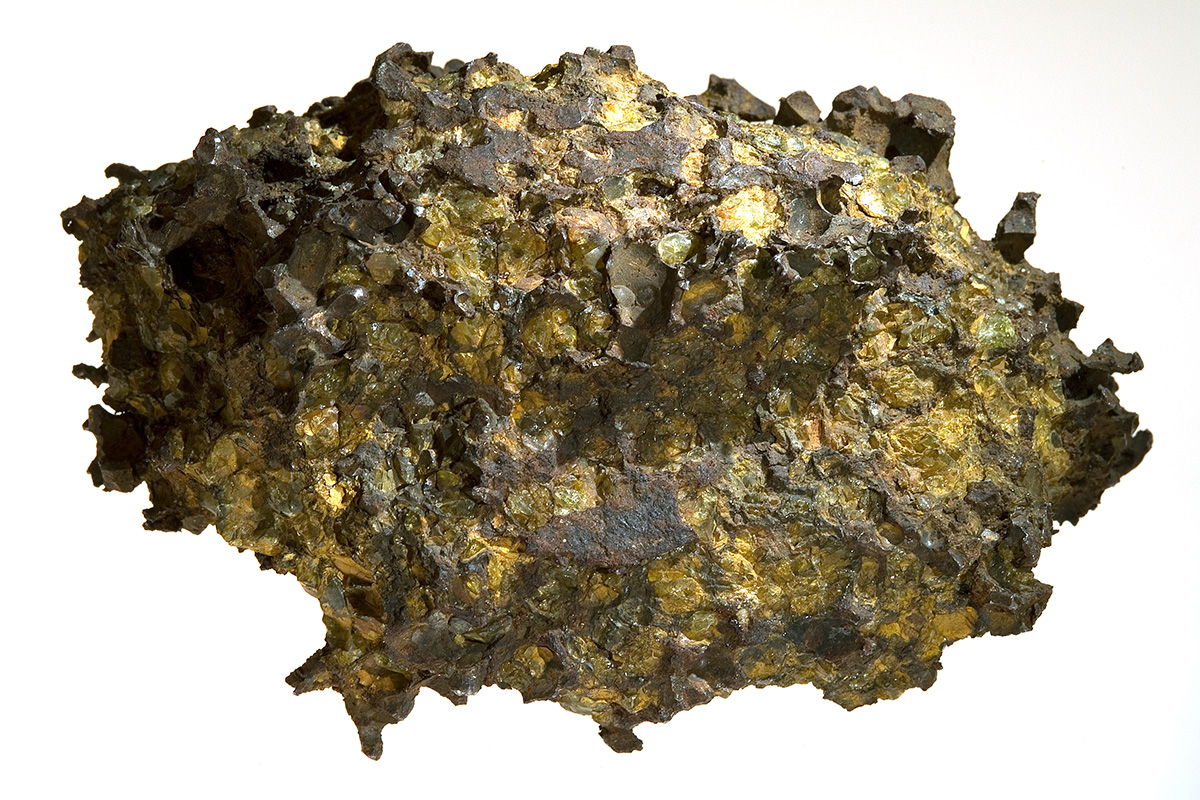 The Krasnojarsk meteorite was discovered in Siberia (Russia) in 1749 and described in detail by the German naturalist Peter Simon Pallas. It has a mass of 700 kg and is a stony iron meteorite, composed of iron-nickel metal and the mineral olivine. This class of meteorites is known as pallasites in honour of Peter Simon Pallas. The fragment shown here (879.7 g) is a gift from Czar Alexander I. and became part of the meteorite collection in 1803. 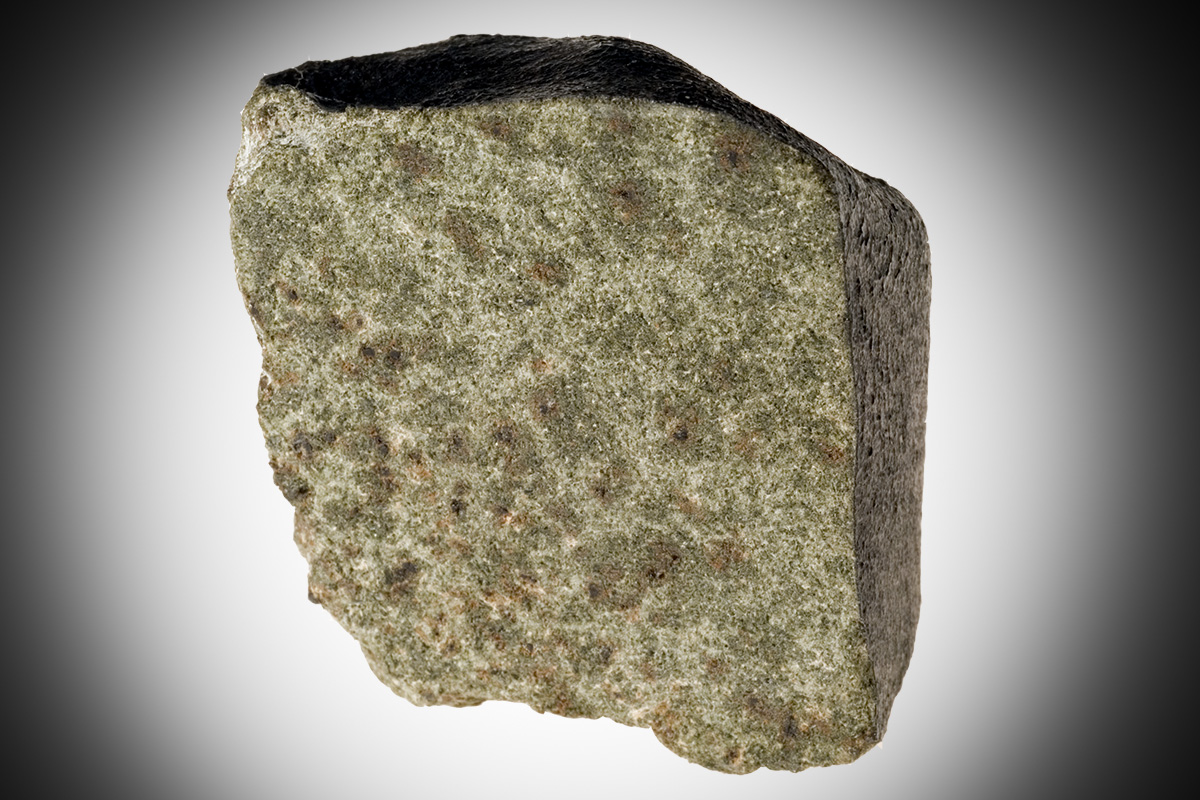 The Martian Nakhla meteorite was part of a 40-rock meteorite shower that hit the Earth nearthe Egyptian town of Abu Hummus in 1911. It is a magmatic rock that formed on our neighbouring red planet approximately 1.3 billion years ago. Nakhla contains minerals that are unequivocal proof that there was liquid water on Mars. The piece shown (170.3 g) has been part of the meteorite collection of the Museum since 1914.

The meteorites in the collection are the subjects of many research projects looking into the evolution of the solar system and the future development of our planets. Our current research focuses on the emergence of life and the origins of highly volatile elements and compounds, water in particular, brought in from outer space.

The collection is available for scientific research. Requests should be addressed to curator Dr. Ansgar Greshake.

Due to the highly specialised subject of the collection, there is only a small number of textbooks, catalogues and historical documents. The curator, Dr. Ansgar Greshake, will be available for further enquiries.