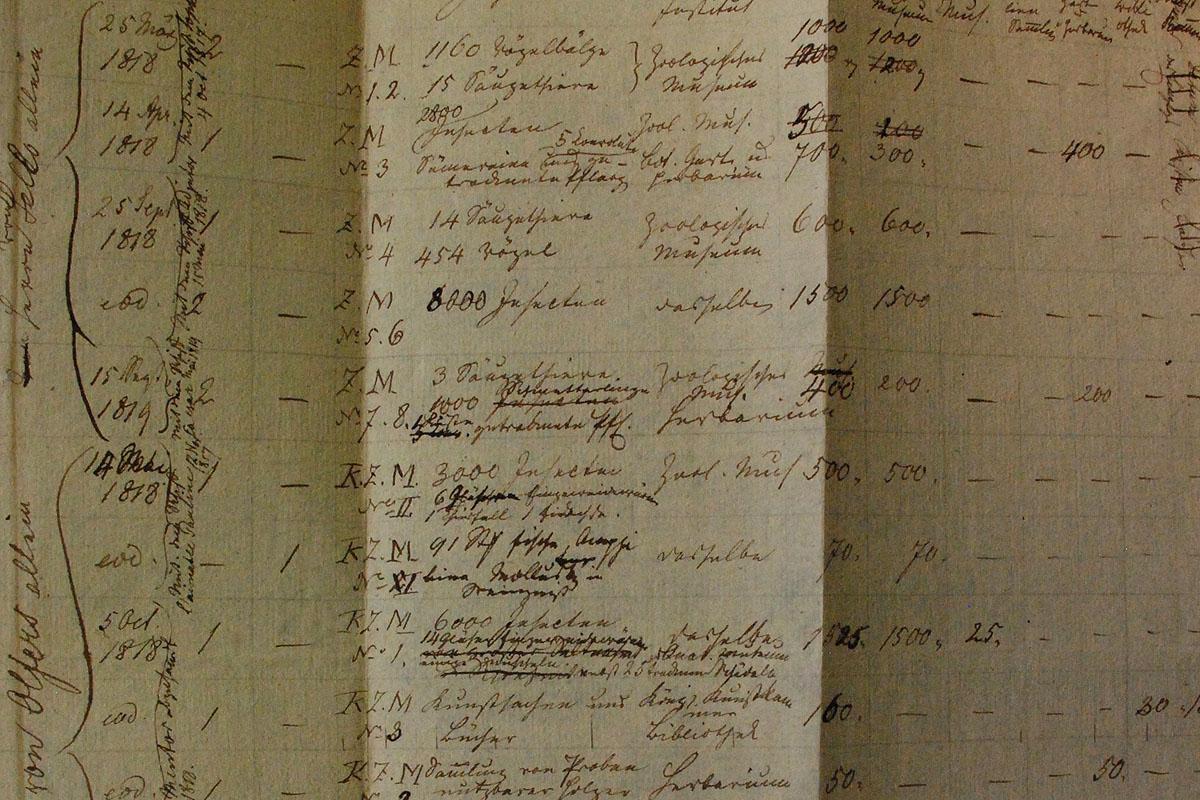 When the Berlin Zoological Museum was established in 1810, the collection of specimens pieced together with material from the Academy of Sciences, the Royal Kunstkammer and several private donors just barely managed to fill four rooms in the eastern wing of the city’s new university. Even five years into its existence, the museum’s director Martin Hinrich Lichtenstein still lamented the insufficient growth for an institution that was supposed to represent the Prussian state, crown, and its science. Yet within a few short years, Lichtenstein dramatically changed this situation by recruiting a network of university students and volunteers to undertake collection voyages to the British Cape Colony, Brazil, North Africa, Russian America, Siberia and the South Pacific. By 1820, hundreds of specimens were flowing into the museum’s collection; by 1825, this number had jumped into the thousands, and in the late 1820s and 1830s, the museum was growing by tens of thousands of new specimens each year. Moreover, the Zoological Museum not only expanded its own collection, but also became a hub that channeled objects from overseas into Berlin’s and Prussia’s interconnected landscape of state museums and university collections, as well as into the hands of private consumers.

The project “Nature’s Registry” analyzes this transformation of Berlin’s Zoological Museum and related natural historical collections in the early nineteenth century, paying special attention to the forms of documentation—lists, catalogs, inventories and registers—that both precipitated and emerged from this period of rapid growth. The project traces how these documents impacted the scientific and monetary values of the collected objects they recorded, but also how they shaped the scholarly authority and credibility of the collectors and museum officials who wrote them. Furthermore, “Nature’s Registry” uses forms of documentary paperwork as a key to explore fundamental shifts taking place within and between Prussia’s academic community, state administration and civil society between the late eighteenth and mid-nineteenth centuries. These documents, the study shows, played a crucial role in forming new professional identities within natural historical research, and in establishing an infrastructure of state-funded, public-oriented science