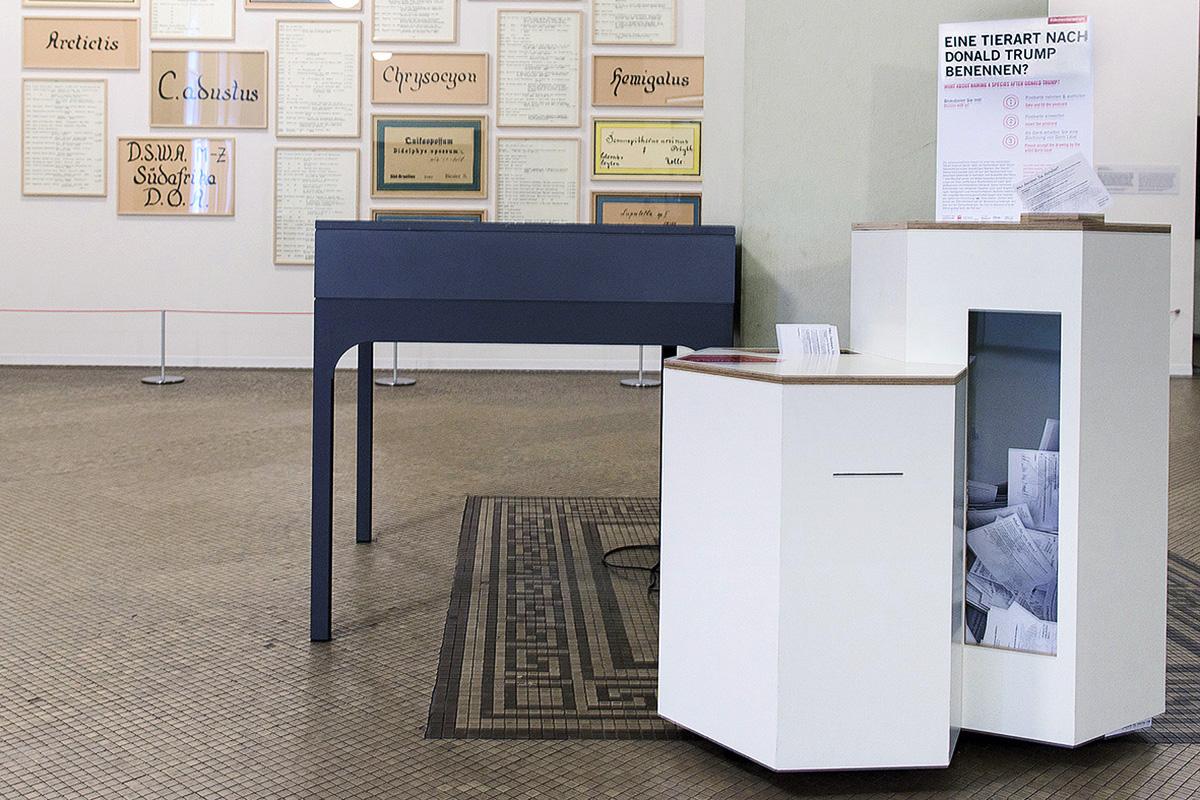 Between September 2017 and May 2018, visitors found boxes in front of various objects in the permanent exhibitions, asking for their opinions on ethical issues.

The opinion boxes are temporary exhibition elements in the Museum für Naturkunde Berlin and were conceived as part of a co-design process as part of the third-party funding project Visitor Participation. The construction and development (production of the boxes, programming, insertion and card output module) was carried out in cooperation with the interaction designer Michael Jurisch.

The boxes were installed in front of an exhibition object in order to link it with socially relevant and/or ethical questions that are relevant to current research projects at the house.

The format was tested with three boxes. One box was developed in cooperation with Dr. Michael Ohl, taxonomist and head of the Department of Biodiversity Discovery. In addition to the display case with a specimen of the dementor wasp named in the museum, it was asked how and by whom new animal species may be named and how names should be dealt with that are not adequate from today's perspective. In this context, Dr. Michael Ohl offered a taxonomy workshop for visitors. At the same time, a public naming campaign took place.

The two other boxes were developed together with the third-party funded project GenomElection, which investigates public discourses on genomediting methods. One box asked visitors, in addition to the dermoplasty of the wolf that was extinct in the 1940s, whether extinct animal species could be revived. The other, in addition to the greatly enlarged model of a mosquito, is whether a world without mosquitoes is desirable. For the project the answers of the visitors were relevant survey material. The questions of these boxes were also taken up in an event format and discussed with visitors and experts.

Every week, the visitors dropped in about 150-300 completed cards per box. The results can be viewed here.