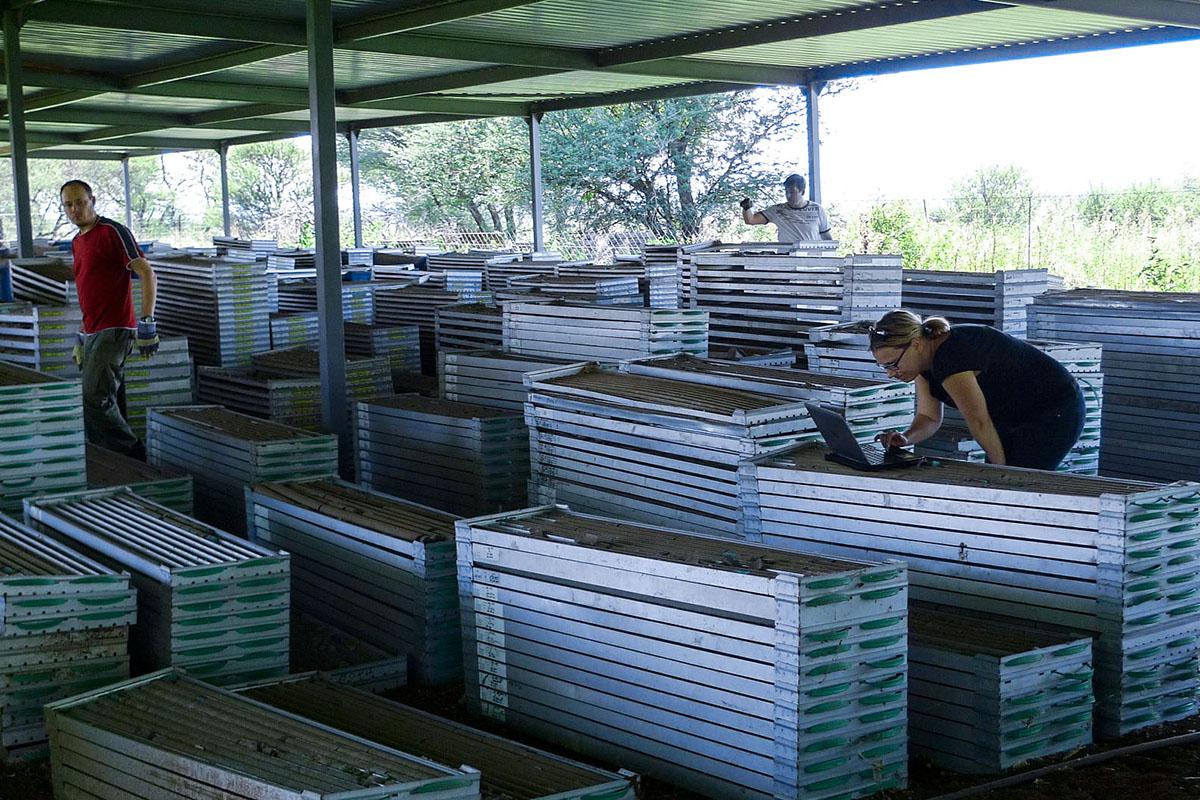 The test materials are in one of the many aluminium boxes: Drill cores from the Thaba mine in South Africa. The cylinders, cut from the rock and about three and a half centimeters in diameter, are several hundred meters long and cut into sections that are easier to handle. Lutz Hecht from the Museum für Naturkunde Berlin is looking for the cores of two specific boreholes. They are to be scanned with a micro-computer tomograph and examined with electron-optical equipment. The high-resolution images will show in which layers the search for platinum group metals is worthwhile, but also what happened here about two billion years ago.

The project partners from Germany and South Africa set out to find ways to reduce the energy and material costs for the extraction of platinum group metals from the mined ores. The platinum group minerals sought only account for a negligibly small proportion of the mass of ores mined. In order to extract them efficiently, the processing mechanism has to be adjusted precisely to the ores being mined. Another way to increase yield is to study the deposit and target the richest layers. Hecht's research group investigated the primary ores that are not weathered or otherwise altered. "We were interested in how the layer structure of the ore body came about," says Hecht, "and what geological processes caused the variations we find today.”

The Bushveld Complex in the South African province of Limpopo, measuring 350 by 450 kilometres, is the largest magmatic intrusion on earth, i.e. a solidified magmatic body. The first mineral to solidify in magma deposited itself on the ground, followed by the other components of the magma, which were added layer by layer. In the project, the researchers characterized the ore body geologically and mineralogically and designed a so-called geometallurgical model. The model shows, like a three-dimensional map, where the ores are located in which form and what this means for mining and processing. The investigations with the micro-computer tomograph were also able to show where the inclusions of platinum group metals, just a few micrometers in size, can be found. This is the basis for testing more efficient extraction methods, also at other mining areas.