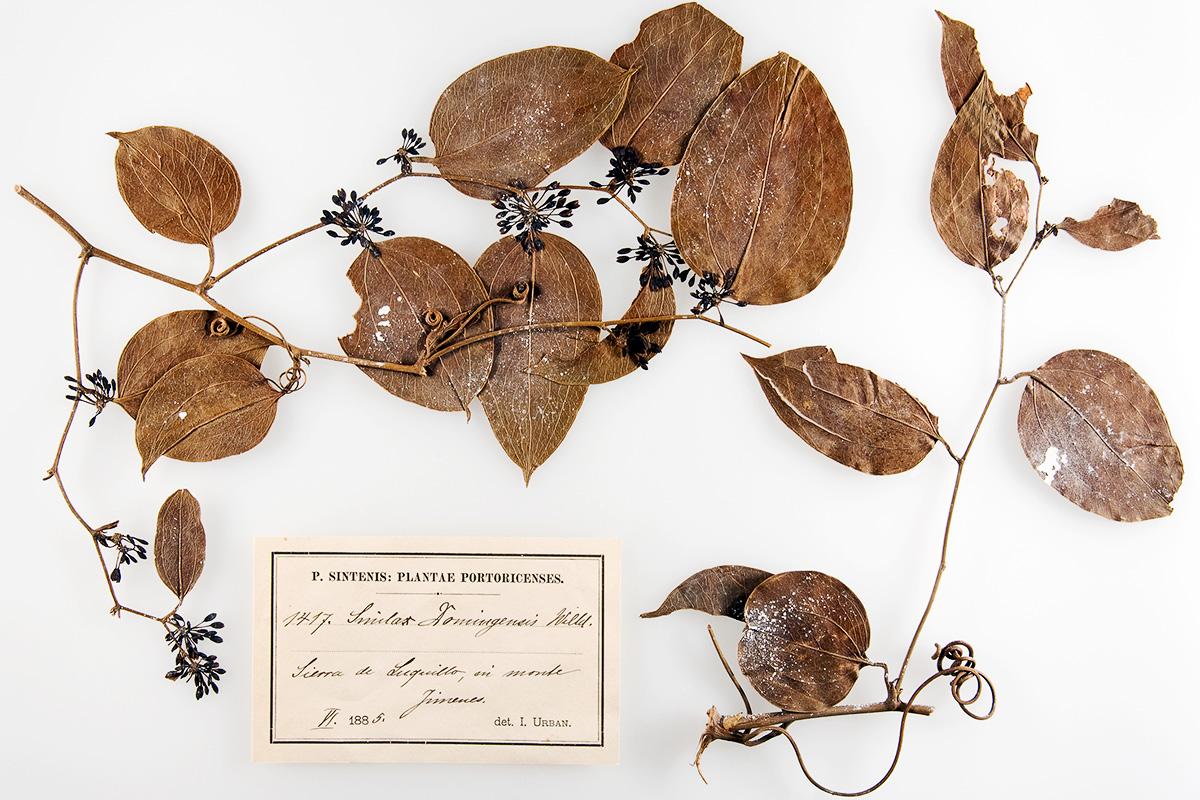 A small herbarium known as the Schrader Herbarium, is one of the highlights at the Museum für Naturkunde. It is used as a reference collection for research on fossil plants, in particular on Tertiary and Upper Cretaceous plant remains. The herbarium is highly valuable with its currently 45,000 sheets and approximately 300 topoparatypes.

Besides the private collections of Johann E. J. Schrader (1809-1898), large parts of the herbarium were purchased from well-known collectors in the 19th century. These include Rudolph F. Hohenacker (1798-1874) and Hans Freiherr von Türckheim (1853-1920). The Herbarium also houses specimens from the Indian and Central Asian floras that once belonged to the Schlagintweit brothers, whose main collection was destroyed by fire in the Second World War. All these different sources made for a very diverse, geographically broadly collected herbarium with a focus on the Holarctic and Neotropics.

It is complemented by a reference collection of recent seeds known as the Mai Collection that comprises approximately 24,000 species of over 400 families, over 150 fir and pine cones of many species and a small number of specimens kept in ethanol. Approximately 300 species have been used for illustrations in publications.

A palynological collection assembled by Barbara Mohr contains about 600 slides of spores and pollen ranging from extant algae to dicotyledon angiosperms. It is used for teaching and research. This material is part of a larger palynological collection that holds about 7000 slides of terrestrial and marine environments of various ages from the Permian through the Holocene.

There is a complete analogue card index of the collections, which are currently being rearranged and relabelled, using state-of-the-art materials and formats. In parallel with the process, the collection units and asingle specimens are being digitally recorded, but are not available online.

Around 1830, Head Librarian Johann E. J. Schrader of the Royal Prussian library began to collect over 40,000 herbarium sheets which he bequeathed in his will to the Botanical Museum in Berlin. However, the herbarium was not merged with the rest of the Botanical Museum’s collection, but remained accessible to palaeobotanical research as a self-contained unit.

The seed collection, by contrast, originated from the collection of the Preußisch-Geologisches Landesamt (Prussian Geological Survey) and was associated with the palaeobotanists Franz Kirchheimer (1911-1984) and Richard Kräusel. Since the late 1950s, the collection was systematically expanded by Dieter H. Mai to become one of the largest seed collections in Europe.