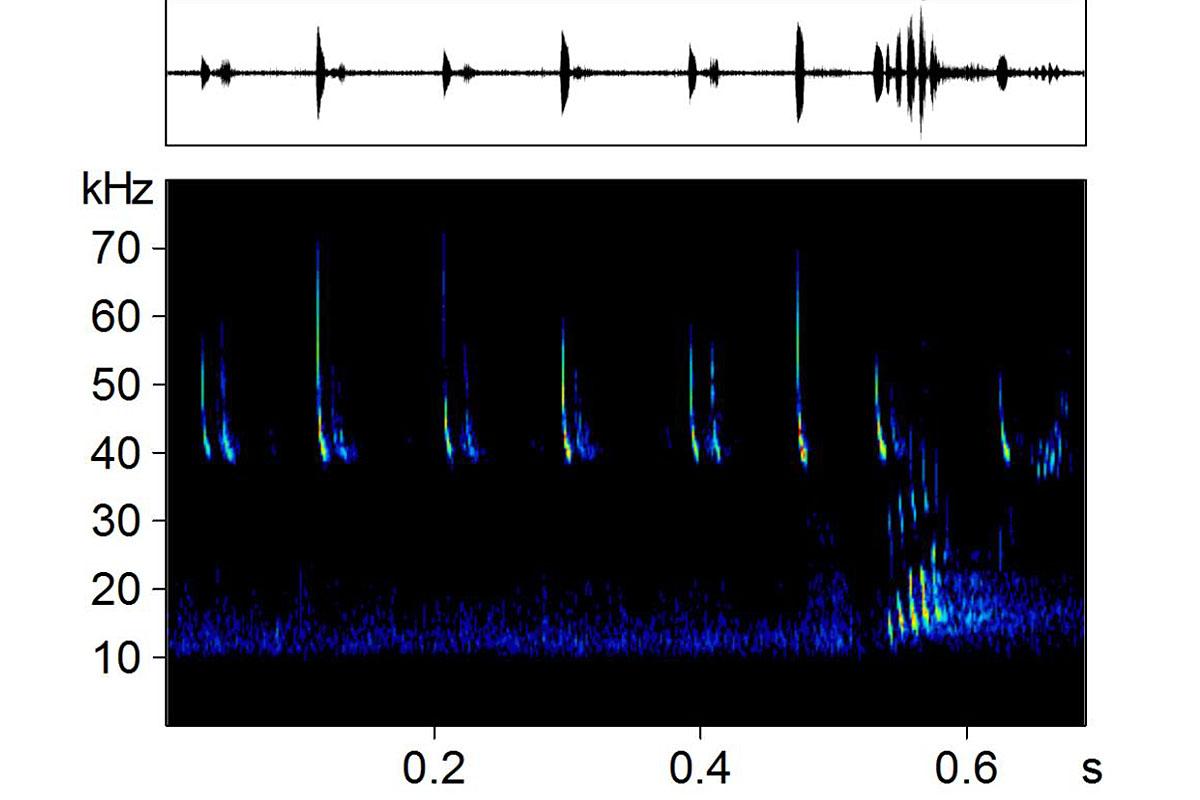 Bats are usually detected via their echolocation sounds picked up by ultra sound detectors. Various methods can be used that either convert ultrasound into audible sound or record the original signal directly. Converted signals may render an impression that can then be used to help identification. However, this is a very uncertain way of identifying species, and there are other, mostly commercial, methods of automated species identification, analysing the original signal. Their main draw-back is their still significant error rate - something that could be avoided by manually checking sound spectrograms. In German-speaking countries, the gold standard for manual referencing is Reinhald Skiba's book Europäische Fledermäuse: Kennzeichen, Echoortung und Detektoranwendung (European bats - characteristics, echolocation and detector use).

It is remarkable that compared to birdsong, only very few bat recordings are available online. An open bat call library would make data freely available to computer scientists and help improve recognition algorithms. The animal sound archive at the MfN includes the entire bequest and copyright of Reinhald Skiba's (1932-2013) recordings that enable accurate identification. At least the recordings made with time expansion technology comply entirely with modern analytic standards. The objective of the project is to establish a reference library based on the Skiba collection, in which all domestic bat species and further European species will be represented in adequate numbers. This involves selecting high-quality ultrasound recordings made with time-expansion technology, which will be made available in a similar way to the birdsong library in the animal sound reference system. The database of the animal sound archive will contain metadata such as geographical recording location with co-ordinates, date, time, habitat and further details relevant to the recording.