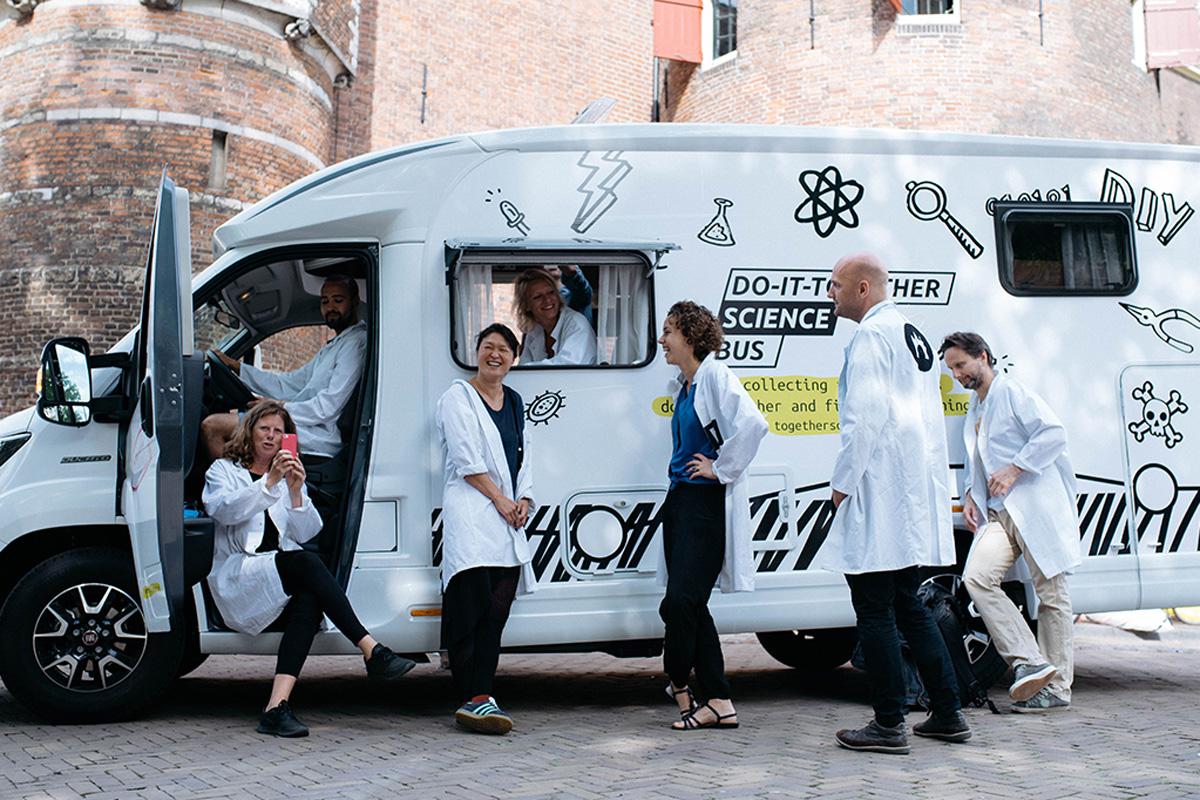 Doing it together science

“We have applied for DITOs as a project for the European Citizen Science Association,” says Katrin Vohland of the Museum für Naturkunde Berlin. Using the funding for “Doing it together Science” (DITOs), Vohland, as principal investigator of the project and Vice President of ECSA, was able to strengthen the young organisation and to advance Citizen Science over three years with hundreds of activities in nine EU member states.
Next stop “Museum für Naturkunde Berlin“

DITOs carried out over 860 events and reached over 500,000 people across Europe. The events included showing a scientific documentary and subsequent discussions, open workshops and a “Science Bus”, which stopped at 17 European locations including the Museum für Naturkunde Berlin. The goal of the project was to raise public and political awareness of Citizen Science.

“DITOs was also a science communication project,” says Vohland. The effectiveness of the various activity formats was evaluated, for example, in terms of participation or learning outcomes. The spectrum ranged from projects in which citizens could participate with little personal effort to “extreme Citizen Science”, challenging projects that volunteers developed together with researchers.

In terms of content, the activities focused on biodiversity and biohacking. This term is used to describe various “do-it-yourself” approaches to biotechnological and genetic engineering processes.

The project team issued a series of policy briefs. These short, accessible texts summarise the topics of Citizen Science as well as the associated opportunities and risks and are addressed to political decision-makers.
The European Union supported the project as part of the Horizon 2020 research and innovation programme.